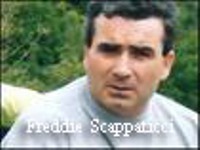 BBC Northern Ireland’s Spotlight programme last Tuesday [27th January] began its new season of investigative documentaries with a feature on the wrongful convictions of myself and seven others in relation to the alleged kidnapping of IRA informer Sandy Lynch, and British FRU agent Freddie Scappaticci’s part in the conspiracy to set us up. Those with internet service providers based in Britain or the North can access the programme here:
http://www.bbc.co.uk/iplayer/episode/b00h6xxf/Spotlight_The_Man_Inside/
There were parts of the documentary I disagreed with but I also received emails from friends some of which are reproduced below. I dispute that Sandy Lynch saved Cecil Walker’s life. My sources in the IRA told me that it was Lynch who kept promoting such an assassination and that the IRA was not interested. The question is put to the two CID men, why wasn’t Scap charged when he returned to Belfast. They replied that the evidence – his fingerprints on a battery that was used in an IRA anti-bugging device found at the scene of Lynch’s interrogation – wasn’t strong enough. The question that begged to have been put, besides the evidence of the battery, was why didn’t they simply bring back Sandy Lynch to give evidence against Scap, given that Lynch’s less colourful, less incriminating evidence against, for example, Gerard Hodgins, was enough to get Hodgins twelve years in jail. These are some of the emails I received:
“excellent stuff last night, particularly that final quote from you. But what about Scappaticci’s statement? Is he in denail? What does it all mean? – R”
“Fascinating. I had never heard the whole story before. What strikes me is the obvious plan to disarm, either by assassination or jailing, those young articulate, educated media savvy republicans. Lawyers/ Sinn Fein members. Dangerously believable and impressive. Whether the masterplan belonged to the spooks or politicians? Who will ever know now. Anyway well bloody done old bean. – N”
“Watched your interview last night. Pity the programme leaves only questions and few answers. Good all the same… – B”
“I’m not sure if ‘enjoyed’ is the right word – but it was a gripping documentary. Well told and clear to the point. I think you’re due that long overdue visit to America – to be paid for – by those who interrupted your life. Powerful work. – C”
“Just wanted to say that you spoke very well on the Spotlight programme about your case and well done – and your hat is fuckin brilliant. – C”
“Thought Spotlight was really strong… your comment about the State on the moral high ground/lecturing us was right on the button. – P”

“There was nothing new in the film, that wasn’t covered in detail in the book Stakeknife. In fact, the book is a much better reference point. Spotlight missed an enormous opportunity to move the story on, not least the chance to ask the CID officers how gutted they are that their best ever collar was a fraud. There was no probe into Scap’s role or that of other agents in the affair. A real let-down from the BBC. – H”