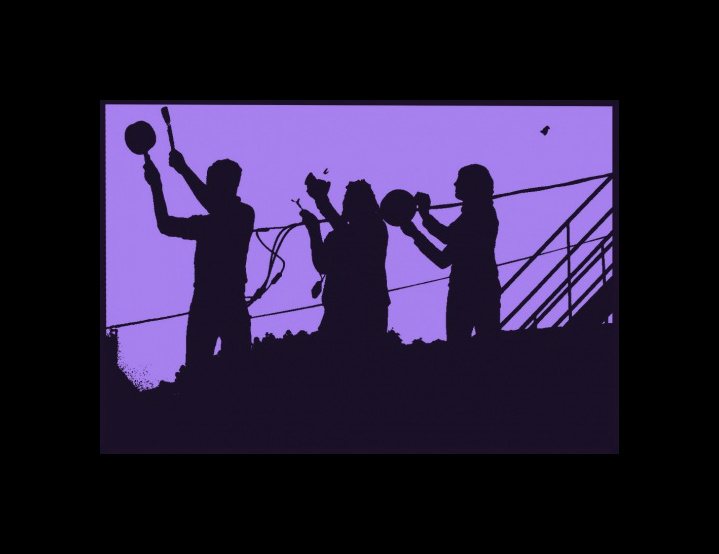 I took a well earned break for my 50th Birthday last week and headed off with my lovely wife Joh to Barcelona. It’s very refreshing to go away and take a break, to clear your head, and just get into something else. Isn’t it?

On Thursday evening we’d just settled to bed for the evening when through the window we heard “rattling”.

“What’s that?” asked Joh as the audible din grew louder with greater percussion and whistle blasts being added.

For a fleeting few seconds I was a child again in 1970s Belfast remembering, largely, the women banging metal bin lids for a variety of reasons depending on whether they were loyalist or republican.

We’d plastic bins now (in Belfast and in Barcelona) so I quickly discounted bin lids before going out onto the balcony of our room to watch and listen.

All along Rambla de Catalunya and throughout Barcelona, citizens were on the streets, on their balconies, hanging out their windows banging pots and pans. The more zealous where also blowing whistles and drivers long blasts on their car horns.

The noise wasn’t of a few individuals. It was across the entire city a majority of citizens joining to chorus their frustration at the Spanish government in Madrid deciding to charge and jail elected representatives of the devolved Catalan parliament (which was dissolved on 27th October17) following the locally inspired referendum earlier in October when Catalunya voted for Independent sovereignty.

Recalling that three years ago a whopping 80% of Catalans voted for independence in a referendum which Spain refused to recognise, I thought, “You’re witnessing history here, Big G,” and did what most people this modern era do – took a video with my I-Phone. The link is here.

I went to bed thinking of home. In 1998 we (citizens of Ireland, in both present jurisdictions) voted overwhelmingly for the Belfast (Good Friday) Agreement in referendum. Indeed, our pro-yes vote in Northern Ireland was 71.12%. Imagine then that the British government chose to ignore that vote and the Agreement (as Spain has successively done on Catalan’s official referendum)?

Imagine any government or political party today not honouring the Good Friday Agreement, and squandering the positive good for society it represents?

Like Danny, I value my bicycles. In March, earlier this year Joh and I made the choice to become a one-car household and get City bikes. It ticked our “responsibility” boxes in that by demonstrating cycling as an actual means of transport/getting around Belfast we would be leading by example.

Have to admit I love cycling although I recognise that our infrastructure in Belfast (or indeed any of the counties the Assembly is responsible for) is not cycle friendly.

As such, you can imagine my “cycling wee heart strings” when throughout Barcelona I came across cycle lanes aligned with short “sleeping policemen” speed suppressors. Their very design screamed, “Cars: Stay Out!”

I again thought of home and how much we are addicted to motor vehicles with a very limited (particularly in rail) public transport infrastructure. I made a mental note to myself for Department of Infrastructure & TNI: let’s get the cycle lanes truly sorted!

I’ll hold off on a Derry-Belfast-Dublin-Cork high speed rail link for now! 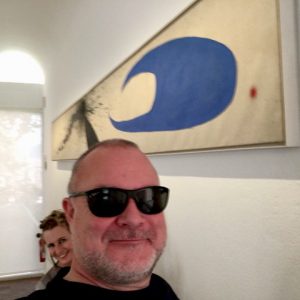 On Saturday we’d gone to the Fundació Joan Miró Museum. We love it there and can each wile away hours – Joh seeking inspiration for her designs as an artist and me just valuing the abstractness which Miró captures wonderfully. There are no absolutes in life and Miró brilliantly challenges me to think who I am in the sense of space and time in this life.

While in the museum I noticed a chap about my age wearing a red poppy. My initial reaction was, “Here, in Barcelona, why?”

I again thought of home where the little poppy flower has become a symbol to be contested, and I thought of myself, a former infantry soldier in my youth, now a grandfather valuing the journey of life.

I don’t wear a poppy any longer, and here’s why: the red poppy is confined to British and commonwealth military dead. It ignores the dead of allies and enemies. The red poppy ignores all civilian dead. The poppy of the Royal British Legion (the RBL) is sponsored by arms manufacturers. Yes, the profiteers of war sponsor those who claim to support the bereaved and injured of war.

The RBL say that the poppy honours UK armed forces and so it is less a symbol of remembrance and today more a symbol of support for the military (and thus what they do on behalf of/in pursuit of UK foreign policy).

Notwithstanding, people have a right to remember and if wearing a poppy (red, white, blue or whatever colour) authentically helps any individual in a solemn Act of Remembrance for the dead of war then by all means wear the poppy of your informed choice.

Cleared my head? Aye, dead on!