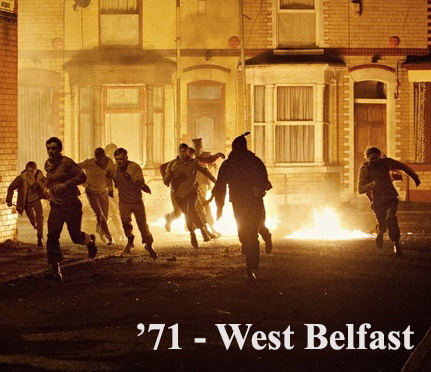 14th March. In Donegal at commemoration for Kevin Brady and, later, launched West Belfast at a reading and signing in Leo’s Tavern.

11th March. Interviewed by Rachel Shaw who is writing her dissertation on the psychological impacts of the Trouble’s on its victims.

9th March. Interviewed by John Morrison, senior lecturer in criminology at the University of East London, about the evolution of the Republican Movement, and the relevance of centenaries.

7th March. Photographed and interviewed by Elle who is doing a degree in photojournalism.

25th February. Interviewed by Josephine Gallagher, a journalism student from the Dublin Institute of Technology, who is writing a dissertation on RTÉ and the BBC’s coverage of the 1981 hunger strikes.

Chaired the service for Pam Brighton at Roselawn Crematorium.

11th February. Interviewed on Good Morning Ulster with Trevor Ringland about the opening of two new interpretative centres, Museums of Orange Heritage, funded by £3.6 million from the EU’s PEACE III programme, and whether the museums would attract nationalists and republicans.

From the Kennedy Centre cinema, myself and others did a Skype interview with Stephen Fry [who was in London] for a forthcoming BBC documentary, Real Lives Reunited on Stephen Fry’s 1997 visit to West Belfast for the premiere of Oscar.

5th February. Interviewed on Nolan Show, Radio Ulster, about a Belfast Telegraph poll indicating that people across East Belfast are deeply disillusioned about the peace process, with many believing that nationalists have got the better deal.

West Belfast was reviewed by Anthony Neeson in the Andersonstown News.

26th January. Interviewed by BBC Northern Ireland for a forthcoming documentary, Real Lives Reunited on Stephen Fry’s 1997 visit to West Belfast for the premiere of Oscar.