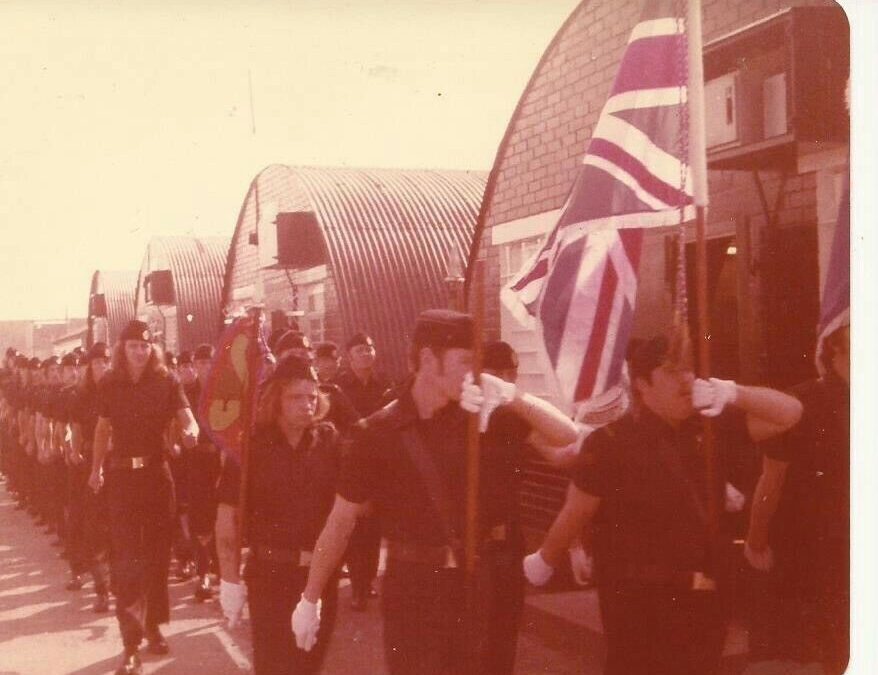 FROM speaking to former soldiers and RUC men I learnt a lot about their perspective on the conflict and the things we had in common. These engagements did not fundamentally alter our political outlooks or rock the foundations of our convictions, nor was that the intention as that would have been deceitful and pointless. The conversations might have dented one’s arrogance or smugness but they always intensified the regret that there was ever a conflict, the cause of which was not our doing, though our participation in it was.

Republicans are prolific in their treatments and depictions of the conflict. They have produced a prodigious body of work including a variety of analyses, prison memoirs, novels, short stories, dramas and films. For a variety of social and cultural reasons unionists and loyalists have been less activated or motivated. Important contributions on the loyalist experience have, of course, included the late Plum Smith’s Inside Man, Henry Sinnerton’s David Ervine – Unchartered Waters, Aaron Edwards’ UVF – Behind The Mask, and Bobby Niblock’s plays, Reason to Believe and Tartan. But they are small in comparison to the books, newspaper and magazine features that place loyalists alongside notorious serial killers and psychopaths.

I’VE just finished reading an interesting booklet, a series of interviews with working-class loyalists, ex-prisoners and family members and community workers. It has been produced by Resurgam Trust based in Lisburn and has an introduction by Professor Pete Shirlow. It is called Stories of Hope – From Conflict To Peace. 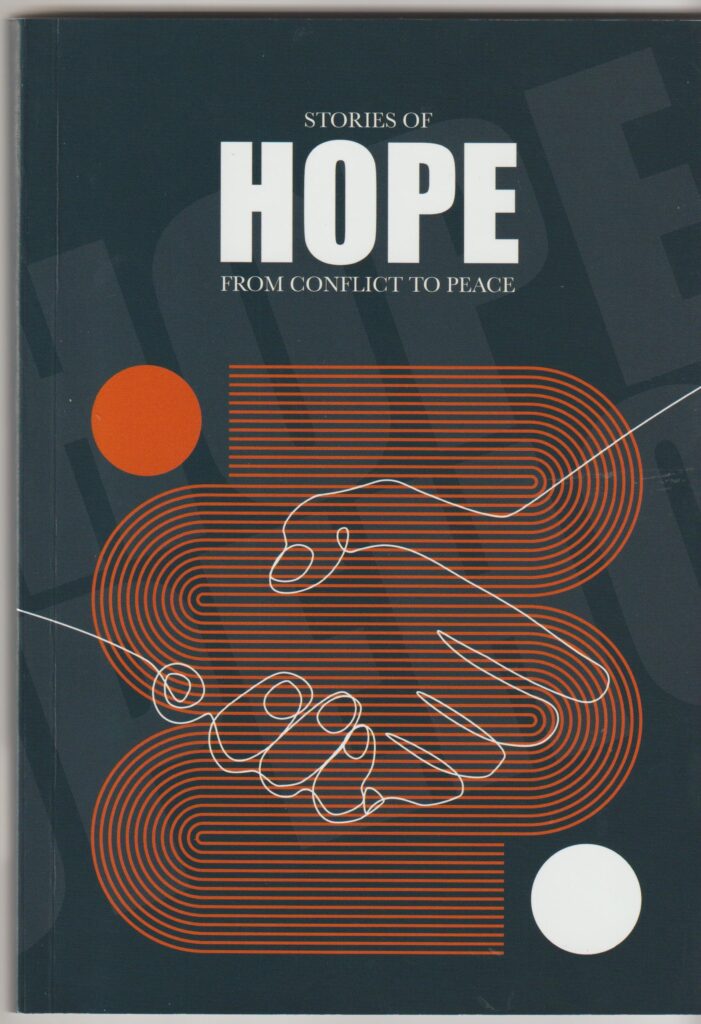 Many local groups and organisations across the North have produced similar testimonies of life during the conflict, but this is one of the best I’ve seen from within a small unionist community, though Lisburn now has the status of a city.

(When nationalists think of Lisburn they often associate it with the pogrom against Catholics there in 1920 after the IRA shooting of Detective Inspector Oswald Swanzy coming out of church. Swanzy was involved in the RIC killing of Thomas MacCurtain, Lord Mayor of Cork. Swanzy was assassinated on the orders of Michael Collins.)

Not all of the anonymised speakers – stretching across three generations – speak with the same voice or share similar views but what comes across powerfully is that as a community, in which faith played a big part in their upbringing, they felt under siege by the IRA and they felt ultimately abandoned by their political representatives and society (and the tropes of stupidity and mindlessness, continually being presented as knuckle draggers, which sapped their self-confidence and self-esteem).

Almost fortuitously, they clawed their way back.

What started in 1996 as the Lisburn Prisoners’ Support Project, to help reintegrate 130 former inmates being released as a result of the peace process, evolved into the Lisburn People’s Support Project. It has played and continues to play a pivotal role in community regeneration, social enterprises, health and education programmes, youth development and in promoting good relations (including working with youth groups in republican West Belfast), supported by European Union Peace Funding. It has set up a Credit Union, and its Welcome Project has assisted in the integration of foreign nationals and emigrants, including refugees.

The interviews chart this progress whilst reflecting on a journey which took them from (as the older ones saw it) the almost halcyon days before the Troubles, through the darkest days of the war, and how imprisonment impacted them and was particularly hard on wives and children with the accompanying loneliness and deprivation.

Most of those who became involved cite the provocation of specific IRA attacks against family members connected to the RUC and UDR or to members of their community (for example, the brutal killing of Andrew Mason, a local young band’s member by two nationalists), or to the Enniskillen bombing, or the influence of a ‘loyalist hero’ such as the late John McMichael (a political strategist but also a senior paramilitary director, killed by the IRA). 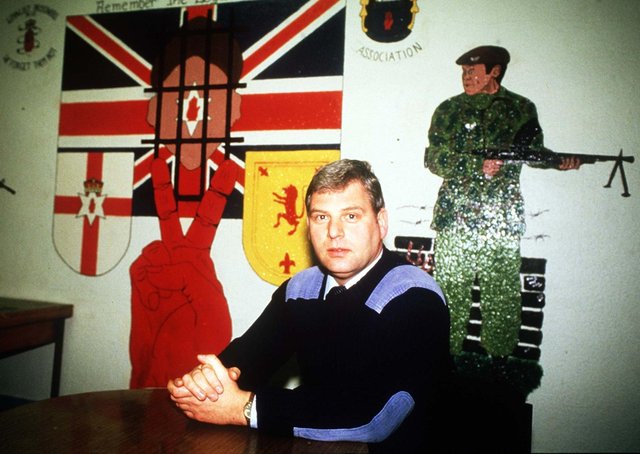 Besides those visceral motivations others joined ‘because of some political event damaging or perceived to be damaging to unionism.’ This fundamentally explains the increase in loyalist violence in response to the Sunningdale power-sharing proposals in 1973; to the Maryfield Secretariat and the presence of Dublin civil servants here after the Hillsborough Agreement in 1985; and the killing of the three Quinn children in 1998 over the Orange demand to march through the Catholic Garvaghy Road in Portadown.

The overwhelmingly sectarian nature of the loyalist campaign is muted by the interviewees, as is (understandably, I suppose) collusion with state forces and how despite that being a parasitic relationship they were undoubtedly played by the host.

Few either know of or mention the background to the conflict – the systemic discrimination against Catholics and their humiliation. Conceding this simple truth would not invalidate still holding the IRA’s response to the state’s attacks on the civil rights’ campaign as being utterly disproportionate – but at least the jigsaw would be more complete.

Nevertheless, the stories in themselves, at times painful to recall, represent a very honest approach from their perspective. A father speaks about the indignity and stigma associated with his son becoming involved with paramilitaries and how it affected his and his wife’s mental health and how they got through thanks to their Christian faith and to the prisoner’s project. One daughter feels hurt and ‘damaged’ by her father going to jail and resents what he did. These feelings are universal and are in fact similar to ones expressed in Bill Rolston’s book, Children of the Revolution.

One interviewee who joined the UDR became frustrated at the restraints they were officially under, resigned in bitterness and so decided to join a paramilitary organisation.

‘I hated the Republican Movement,’ he says, ‘and everything that they stood for, and I resented the British Government for letting them get away with it.’

Arrested in December 1989 he was imprisoned for six years.

‘I witnessed hard men crack under the strain of prison life and dozens of young loyalists, many not even sure what they were there for. I saw a huge number of marriage break-ups and many good friends become addicted to antidepressant medication.’

His wife was left to rear a six-year-old daughter and a two-year-old son and is still haunted by her experience of jail visits – the searches, the steel gates. She threw herself into community work and joined the prisoners’ support group. After her husband’s release he became committed to building his local community and supporting the peace process. 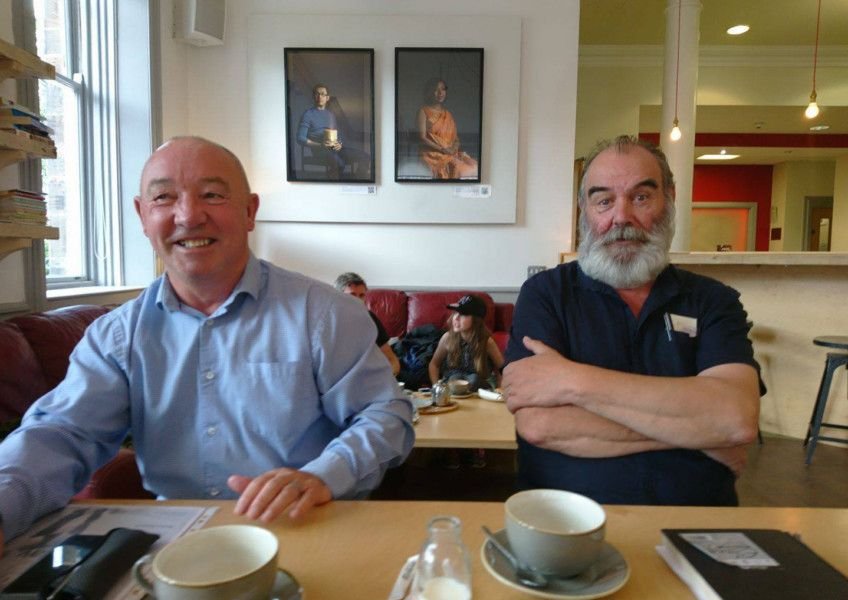 Former republican prisoners – Gerry Kelly, Martina Anderson, Raymond McCartney, Pat Sheehan and Carál Ní Chuilín, among others – came out of prison, became involved in the hard slog of electoral politics, received mandates and ended up being in government. Loyalist paramilitaries have never been able to replicate similar success. A former inmate says: ‘There is always the feeling of being judged. I think the unionist community looks at prisoners differently than the nationalist community and respects them less. I felt, and indeed still feel, the stigma attached to being an ex-prisoner.’

The dominant narrative around loyalist organisations is one of corruption. Even in economically-depressed working-class areas, loyalism is synonymous with gangsterism, drugs and protection rackets. Those who attempt to rise above that perception and genuinely reinvent a progressive loyalist entity, adapting to changed times, are forever disappointed and disillusioned. The latest casualty is East Belfast Councillor Dr John Kyle (Progressive Unionist Party) who fell foul because of his less strident approach to the Protocol – about which he will be proved correct in the long-term. Before him there was David Adams, Gary McMichael (son of John McMichael), Dawn Purvis, Sophie Long and many others. After each resignation their former parties only go backwards, their views and options narrow, and they are unable to break free of the orbit of the DUP which uses them and abuses them as it sees fit.

As one interviewee said, the politicians, ‘when they needed numbers for a protest or a rally, they called on the same people they disowned to come out and support them.’

It is with disbelief that the interviewees mention loyalist association with the drug trade: ‘We do not understand how some within the broader Loyalist community have descended into criminality.’ Another speaker – one who passed his Eleven Plus, hated the middle-class milieu of his grammar school, but didn’t become a paramilitary, says: ‘I’m proud to be able to say I’m a Loyalist, as I know the bad press and scandal stories aren’t reflective of who and what we are. No real Loyalist I know sells drugs, extorts money, or acts like a gangster; the true Loyalists I know instead have dedicated themselves to their community.’

THE Resurgam Trust, Resurgam Youth Initiative and the Lisburn People’s Support Project show that a community, with determination and leadership, can regenerate itself, and restore pride, can ‘move beyond the troubles’ and ‘fix some of the mess that was caused by the troubles.’

A former loyalist says of republican prisoners, his enemy: ‘We were pretty much in the same position. We had more in common with each other than we knew.’

Another says: ‘While the peace we have is imperfect, we are in a better place now than ever.’