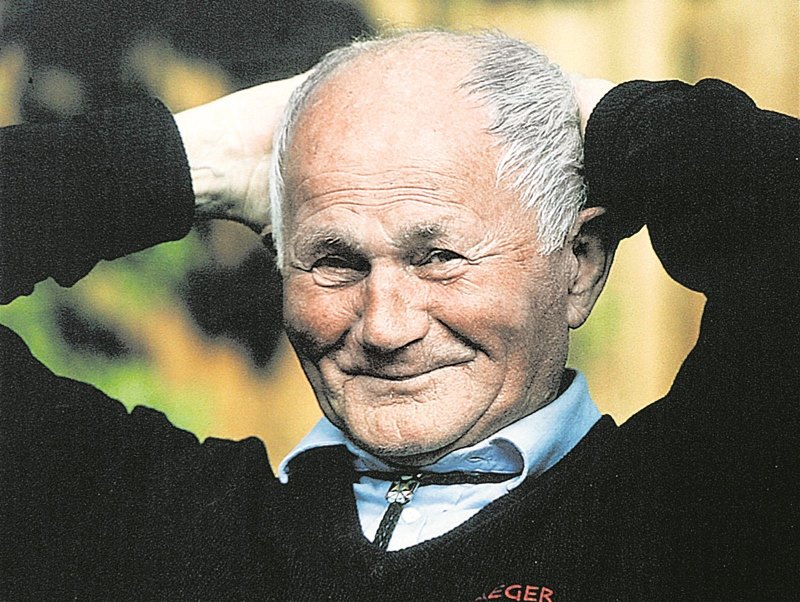 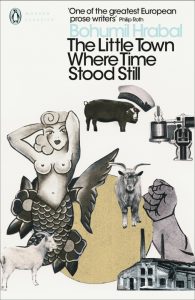 This Penguin Modern Classic could have been made more accessible in a larger font. I struggled through it because I love Hrabal – and, of course, I was eventually rewarded.

Not as funny as Closely Observed Trains, or, Dancing Lessons for the Advanced in Age, but still a wonderful book. Comic and sad, it is the story of a small Czechoslovakian town before and after WWII as seen through the eyes of a young boy observing his mother, his father and his Uncle Pepin, a rebellious character, a drinker (three-months-long binges) and womaniser, who visited the family eight years earlier for a fortnight and never left.

All the villagers love and acclaim the mad Pepin, especially the barmaids with whom he flirts and more. His bible is Professor Batista’s handbook on sexual hygiene which, at the drop of his sailor’s hat, he will recite to all and sundry like the innocent Don Quixote, but in scabrous language.

In one episode the boy’s father Francin has to have the old dray horse which is eighteen years old put down. They bring it to the slaughterhouse but during the night it untethers itself and comes back through the town and all the roads it knew so well and back to the stable. But it has to go back the next day and this is how the parting is described:

“And so Bubik was led off again to the slaughterhouse, this time he went humbly, without neighing, the way he looked you could tell he knew there was nothing to be done, that it was likely the end of him, because at the slaughterhouse his sense of smell had told him that this was a place where your life was in jeopardy.”

When the assassination of Herr Reichsprotektor Heydrich in Prague is celebrated with drinking and dancing, the Austrian Nazi engineer, Mr Friedrich, who lives among the villagers, threatens to report them. As defeat looms Friedrich realises that “he would soon be going off somewhere else, but even there it would all be just the same, until the end finally came and other armies engulfed not only the country where he was now, but also his home, and the retribution would be proportionate to what his own armies had done in the countries they had entered uninvited…”

Bedraggled German soldiers make their way through the village, seeking to get across the Elbe on the ferry: “the wounded soldiers thought that over there on the other side of the river they might still find their fleeing armies, they reckoned they still had a chance of getting home, but the ferryman knew there were partisans lying in wait at blockades of felled timber, drains and gullies and roadside ditches, with their machine-guns and rifles at 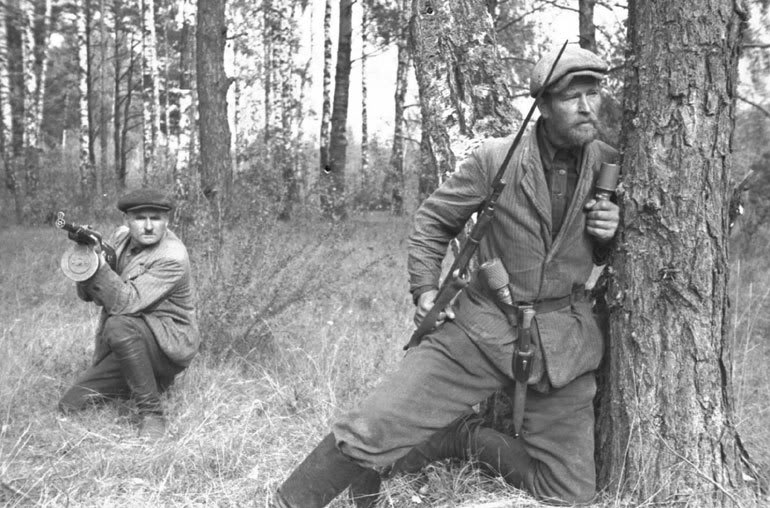 the ready he knew they’d all had it, but he ferried them across all the same, because, though he had no liking for Germans, nor could he, when he saw that hope in their eyes, that moment of joy at the prospect of being saved, when he saw how pleased they would be to haul their shining bandages and plaster out on to the far bank, then why should he begrudge them their little bit of happiness? Just like those condemned to death, when they have their last realizable wish fulfilled on their last night. And the Germans stuck white pieces of clothing on poles, and set off on their march to the Promised Land.”

After the Germans, come the Soviet Army and with their arrival comes the arrival of communism and another upheaval and dislocation of village life, not least the socialisation of the brewery where Francin had been a decent and fair manager. The assistant cooper tells him he’s sacked, they now have their own worker’s director, and he also has to give up his house and his share of free apples in the brewery’s orchard.

“You were decent to us, and that has to count against you, because it meant that you blunted the edge of the class struggle, do you see?”

“… the old society no longer had the required strength and courage, and so we had the era of great posters and great meetings, at which fists were shaken against everything that was old, and those who were living by the old time were at home, living quietly on memory…”

The last chapter is even sadder… and devastating.