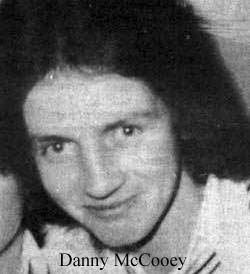 Today’s Guardian now reports that British troops are being accused of war crimes in Iraq and that this is being investigated by the International Criminal Court at the Hague. Only last year the British government was forced to apologise and settle some of the thousands of claims made by Kenyans who were tortured by British colonial forces there in the 1950s.The Kenya Human Rights Commission says 90,000 Kenyans were executed, tortured or maimed, and 160,000 people were detained in appalling conditions during the struggle for independence.

Here is the feature I wrote in May 2004 and which appears in my book, Rebel Columns:

A PROUD TRADITION
The Daily Telegraph wrote: “The Royal Military Police are already investigating allegations of mistreatment of Iraqis by British soldiers in southern Iraq after the Mirror’s publication of photographs said to show a member of The Queen’s Lancashire Regiment urinating on an Iraqi lying in a military truck with a hood over his head.”

The Guardian wrote: “The soldier at the centre of the new revelations in the Mirror, Soldier C, said he saw four beatings where PoWs were punched and kicked, the paper reported. In one, a corporal placed a sandbag over a suspect’s face and poked his fingers in the victim’s eyes until he screamed with pain.”

In the Commons, Tony Blair used prime minister’s questions to say any “human rights abuses, torture or degradation” of prisoners were “wholly unacceptable”.

PRISONERS’ STATEMENTS
“On the table was a small bottle of stuff, and two syringes with needles…Somebody came from behind and put on a blindfold. The soldier gave me an injection on the right arm, then he tied something round it, then he did something to my fingers… Then I felt this feeling in my arm, electric shocks, but two given to start off with, not painful, just uncomfortable. Then every time they asked a question, it only kept increasing.”

“He kicked my legs apart and stuck his heel into my privates. Others came in and said that half my district had been wiped out in the fighting. At about 4am I was told that I was to be taken for a ride in a helicopter and that I was to be thrown out.”

“After what seemed about one hour in the helicopter I was thrown from it and kicked and batoned into a lorry.”

“The next I knew was being put into a helicopter and taken away. I overheard voices talking about, ‘Throw him out’ Before I went into the helicopter I was asked if I could swim.”

“What was going to happen to me? Are they coming to kill me? I wished to God they would end it.”

“I was beaten again. I was taken out and made stand against the wall. The soldiers said, ‘You are being taken out to be shot.”

“I was beaten and kicked in the stomach and privates for about half-an-hour. I was made lie on the floor. One put his foot on my throat and the other held my legs. The other one lit matches. He blew them out and then put them to my privates.”

“I was forced to stand against a wall with my hands supporting my body for a long time. I collapsed. My hands and legs were beaten whenever this happened and the insides of my feet were kicked until my ankles were swollen to almost twice their normal size. At the time that I was against this wall I got bread and water once and water alone on two other occasions. I was also punched in the ribs and in the stomach, as well as being nipped.”

“After being hooded I was led to the helicopter and I was thrown bodily into the helicopter. During this my hands and wrists were hurt due to the others handcuffed to me not being pushed equally. On being put into the helicopter, the handcuffs were removed and were applied to the back of the hood to tighten it around the head.”

“I would estimate that the helicopter journey lasted half an hour at the end of which I was put in a lorry. I was made to lie face downwards in the back with other men thrown on top of me.”

“A shot was fired. It went past my ear. They all had a good laugh at this.”

“I was not allowed to dress again but was told to put the hood back over my head. I was taken to another room, stood against the wall, the hood was removed and a flash picture was taken.”

NEVER AGAIN
All of the above quotes are extracts from statements running to 4,500 pages, compiled by the European Commission on Human Rights over thirty years ago. They refer to the interrogations of Irish people in the North by the British military and Special Branch. The ECHR found Britain guilty of torture and inhuman and degrading treatment of prisoners. A British prime minister stood up in the House of Commons to state that ‘ill-treating’ (sic) prisoners was totally unacceptable and would never happen again.

First in Ireland, now in Iraq.