‘A sense of people and place’ 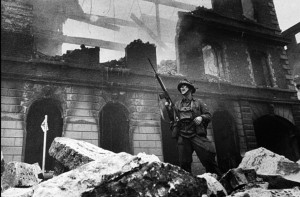 The political and cultural commentator Alan Meban has just reviewed my novel West Belfast on the Slugger O’Toole website. Here it is:

I grew up hearing Danny Morrison’s name on the radio at breakfast time as Sinn Féin’s Director of Publicity. More recently I’ve known him as chair of Féile an Phobail and spotted his attendance at many of the festival’s events in St Mary’s and the annual West Belfast Talks Back debate. But I’d never realised he was an author until his book (re)launch earlier this year at the end of January.

Spread over a decade, West Belfast is a coming of age story of John O’Neill growing up around the Falls against the backdrop of the civil rights movement, heightening tensions and the start of the Troubles. As well as watching John fall in love, move jobs, and explore the world, readers follow John as he deals with his inner tension, at first distancing himself from what was going on in his community before deciding to become involved.

“A strange sort of a fella … I used to think he couldn’t open his mouth. Very quiet. But he’s grown up now … Good looking and kind. Maybe a bit too serious.”

That’s how John’s girlfriend Angela described him early on in their relationship. It’s the age of Saturday night dances and cozying up to the sound of the Beatles.

After his first experiences of discrimination in a low wage job at an Ormeau Road engineering firm, John got work as a galley-boy on ships out of Belfast, before shifting to bigger trans-Atlantic vessels and becoming a trade union official. Returning to Belfast between crossings, John noticed the changes in his area:

“They were no longer the British Army but were now called “the Brits”. Confrontations were regular and people complained that the soldiers were worse than the RUC, assaulting young people and firing tear gas into streets at any pretext.

John began smuggling weapons from Montreal back to Liverpool and onto Belfast, and quickly became more involved with the IRA.

While the story is told through a republican lens, the novel doesn’t overly glorify violence or set the IRA up as heroes. Instead the author finds humanity and dignity in unexpected places and allows for the complexity of characters’ motives adapting as the situation around them changes.

The book describes a familiar slip from innocence into activism, personal tragedy, and portrays the chaos of fast-moving events like the Divis Street riots. The chapter that relives the experience of “The Hooded Men”, tortured and thrown out of an army helicopter that the men didn’t know was hovering just above the ground, is a gruelling read.

Angela’s tale is gentler and provides a good counterbalance to John’s descent into violence. Yet her life too is affected by the changing vibe in Belfast and necessitates a rapid flit to England before eventually returning home to be reacquainted with old friends.

Early on the text is thick with landmarks and street names, nearly trying too hard to root the narrative in its real location. The storytelling adopts a mixture of styles and the plot switches between characters, even spending a chapter inside the mind of an IRA sniper at work.

It was a couple of years before Danny Morrison told anyone that he’d started to write a novel. Soon after West Belfast was published in 1989 he was arrested and imprisoned. (The conviction was overturned in 2008.) “He wasn’t around to do much publicity,” novelist and playwright Ronan Bennett explained at the launch of the novel’s new 2015 edition.

Originally typed up on his 512k Amstrad computer, when Danny came back to republish his first novel it didn’t exist in digital format. So he scanned it in, fixed the spellings, and realised that back in the 1980s he had often used three words rather than one. So, although this latest edition has the same story, same characters, the same beginning, middle and end, the text has been tightened up and apparently some of the more embarrassing sex scenes have been removed.

While not strictly history, Danny Morrison’s novel captures the spirit and some of the events of a time not long before I was born. At times an uncomfortable read, over two hundred pages it develops a sense of people and place that will long stick in my mind. If you’re looking for a book that clearly identifies the goodies and the baddies, move along the shelf. But if you’re keen to explore the complexity of conflict and how it shapes lives, West Belfast opens an insider’s window into Irish republicanism.