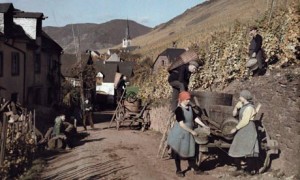 Finished ‘A Small Circus’ by Hans Fallada. Love his writing though this would not be on a par with ‘Alone in Berlin’. It is set around 1928/1929 in a small provincial German town and opens with a cattle seizure by bailiffs followed by the consequences for the police, politicians, the media, the townspeople and the local rural community who boycott the town in protest against a police attack on a march. At times it is very funny and there a few likeable characters and many rogues. It is based on Fallada’s own observations of events in Neumünster in Schleswig-Holstein when he worked on a local newspaper and is a snapshot of Germany society on the eve of Hitler’s seizure of power and is thus more illustrative of the times and the feelings than history proper might report. There is a telling scene in which Mayor Gareis, a shrewd politician who eventually falls as result of skulduggery, is out walking with his political advisor. What he has to say is practised by manys a politician!

‘You know, Adviser,’ says Gareis. ‘It’s important not to show too much of oneself to people. The less they see of you, the greater your mystique. Take me: if they saw me walking, they would say: Christ, here’s Fatty Gareis trying to lose a couple of pounds.’

3rd May. Arranged for Colm Scullion to be interviewed in Milltown Cemetery to talk about his memories of Bobby Sands’ on the thirty-first anniversary of his death, this Saturday, 5th May. It is now available on Youtube.

17th April. Finished ‘The Death of Mao’ by James Palmer which examines the monumental suffering of the ordinary people during the Cultural Revolution that he allowed to happen under his wife, Jiang Qing; the jockeying for power as Mao was dying and the inadequacy of the authorities to rescue people in the 1976 Tangshan earthquake; and the coup by Deng Xiaoping, against the ‘Gang of Four’ (led by Jiang Qing). The statistics for the deaths and arrests and civil wars going on behind the scenes in Mao’s People’s Republic are unfathomable.

15th April. Did ‘Sunday Sequence’ panel discussion on BBC Radio Ulster on ‘How Do We Remember Events? Also on the programme were Dr Leon Litvak, School of English, Queen’s University, and Peter McBride, chair of ‘Journey Towards Healing’ and author, chaired by Mike Philpott.