A Story of Revenge 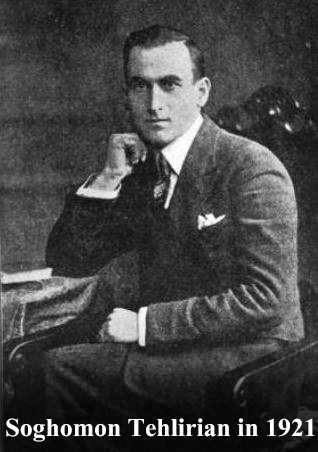 24 April is Armenian Genocide Remembrance Day. Some years ago I wrote about one consequence of those mass killings for some of its perpetrators in my book, Rebel Columns. Here it is republished for the anniversary.

A STORY OF REVENGE

‘They took everyone away… They struck and cracked my brother’s skull with an axe. They took my sister and raped her. As soon as the soldiers and the gendarmes began the massacres, the mob was upon us too and my brother’s head was cracked open. Then my mother fell from a bullet or something else. I was struck on the head and fell to the ground…

‘I do not know how long I stayed there. Maybe it was two days. When I opened my eyes I saw myself surrounded by corpses… I saw my mother’s body; she had fallen face down. My brother’s body had fallen on top of me. When I stood up I realised that my leg was injured and my arm was bleeding…’ 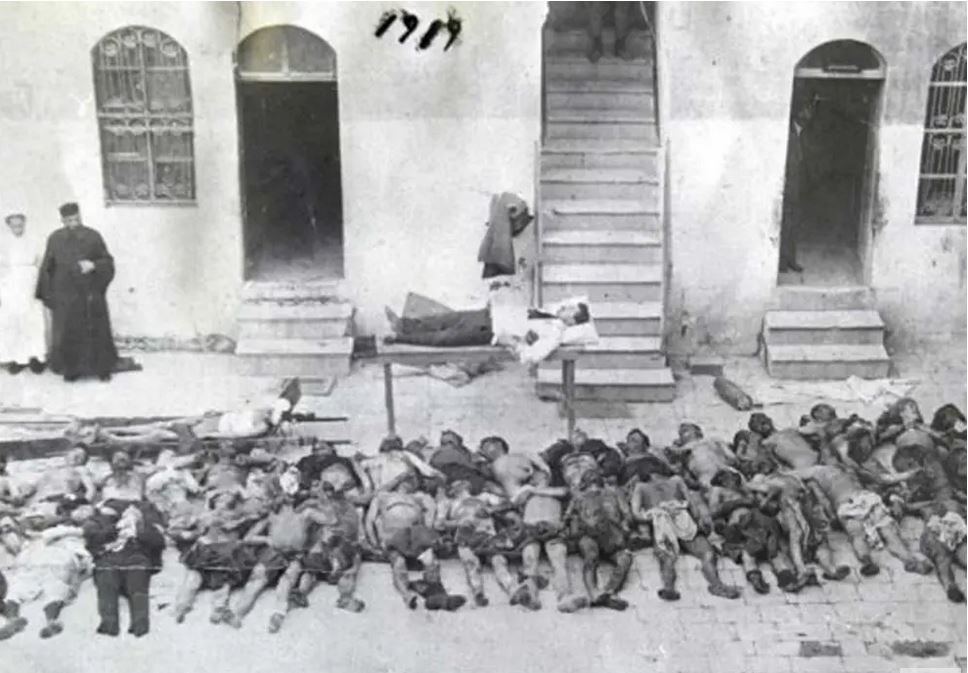 That’s how Soghomon Tehlirian began describing the Turkish massacre of 20,000 of his fellow Armenians from Erzinga in 1915 when he was a teenager. Turkey, at the centre of the Ottoman Empire, had earlier became a constitutional monarchy after a coup by the Committee of Union and Progress (popularly known as ‘the Young Turks’). They initially promised their multi-racial subjects reform and equality and were thus supported by the Armenians, who even joined the Turkish army in large numbers at the beginning of the 1914 war.

However, the C.U.P. became increasingly nationalistic and xenophobic, began ‘Turkifying’ the empire and demonising the Christian Armenians who had occupied their homeland for several millennia. The Armenians – like the Jews – had often been subjected to massacres – 300,000 were killed by Turks and Kurds in 1895 alone.

Talaat Pasha, Minister of the Interior, was the principal architect of the 1915 massacre which Soghomon Tehlirian had survived. The genocide of the Armenians was well-planned, and, just as the Nazis were to do two decades later, was carried out in a systematic manner under the cover of war. In 1914 Armenian army recruits between the ages of 16 and 60 were mobilised and transported in the back of covered trucks – believing they were going on a training exercise. Instead, they were publicly executed in town squares or taken to torture camps were they were murdered. Armenian intellectuals, MPs, teachers and doctors were next rounded up in Constantinople (Istanbul) and executed, leaving the Armenians leaderless.

Talaat signed the deportation orders for civilians in Armenian towns and villages. Whole populations were rounded up and removed to distant locations before being liquidated, 24,000 being killed in one three-day period of mass shootings. Other were placed on ships that were scuttled in the Black Sea or were forced on death marches to the Syrian desert. At least one million were killed and two million displaced. Thousands were also rescued and sheltered by compassionate individual Turks, Kurds and Arabs, but these were a minority of cases.

Soghomon Tehlirian escaped into the mountains and was protected by a Kurdish family until his wounds healed. When war ended with the defeat of Germany and the break-up of the Ottoman Empire the Allies said that the Turks responsible for the massacres would be punished but they were never seriously pursued. Talaat Pasha and his cohorts escaped, Talaat being given shelter in Germany where he lived under a false name. In his absence he had been tried, found guilty and sentenced to death for ordering the massacres.

After the war Tehlirian returned home but only two families were left in Erzinga – and they had ‘converted’ to Islam. He wandered from place to place, suffered several nervous breakdowns, and whilst in Constantinople learnt from newspapers about Talaat Pasha’s central role in the exterminations. In 1920 he went to the USA where he joined the Diasporan Responsible Body, received special training, then went to Berlin where he and his comrades began the job of tracking down Talaat. Within three months they discovered his residence. One morning as Talaat came out of his home Soghomon Tehlirian killed him with a single revolver shot. Over the next year other members of the Armenian DRB executed the top six former leaders of the Young Turks in what later came to be called ‘The Armenian Nuremburg’.

Today Armenia is an independent republic with close ties to the former USSR. Some of its territory still remains under Turkish rule. To this day Turkey still denies the Armenian genocide – which is one of the main obstacles to it being accepted into the European Union.

Tehlirian was arrested in Berlin and charged with the murder of Talaat but a German jury – listening spellbound to his account of the Erzinga massacre and the killing of his entire family – acquitted him and described the shooting as justified homicide. He lived out the remainder of his days in California – an Armenian hero.