A Treasure of Chekhov 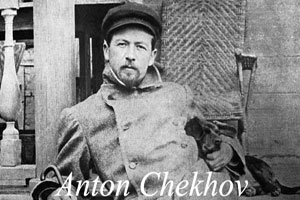 My order from the Folio Society of their new four-volume edition of sixty of Chekhov’s greatest stories, published to mark the 150th anniversary of his birth, arrived today. A treasure! Finished ‘Little Man, What Now?’ by Hans Fallada.Discovered a little hardback copy of ‘The Go-Between’ by L.P. Hartley in a charity shop on the Antrim Road – price 50p!

25th April. Death of Alan Sillitoe at the age of 82. Learnt something about writing from his book ‘Raw Material’, first published in 1972, but which I read in jail in 1990. “Everything written is fiction, even non-fiction – which may be the most fictional non-fiction of all,” he wrote. “Those who seek after truth have no right to condemn, while those who think they have found it do little else.” On the subject of memory he said: “Memories are part of yourself and, peaceful or not, your eternal friends, for if they lead you to some sort of truth it is only with the object of completing your wholeness, the humanity that will protect you against the world while at the same time making you more vulnerable to yourself.”

15th April. At Central Library for the launch of Tim Brannigan’s memoir, ‘Where Are You Really From?’

9th April. Learnt that Paddy Leonard, the very popular fishmonger in Curlies, and latterly Sainsburys, had died in early December within weeks of being diagnosed with a rare form of cancer. He was such a helpful, jovial character. His wife Pauline was a friend of my sister Geraldine’s in the late sixties. But the fact that he was four months dead before I learnt of it, in such a close community, shocked me.