All at sea on Father’s Day 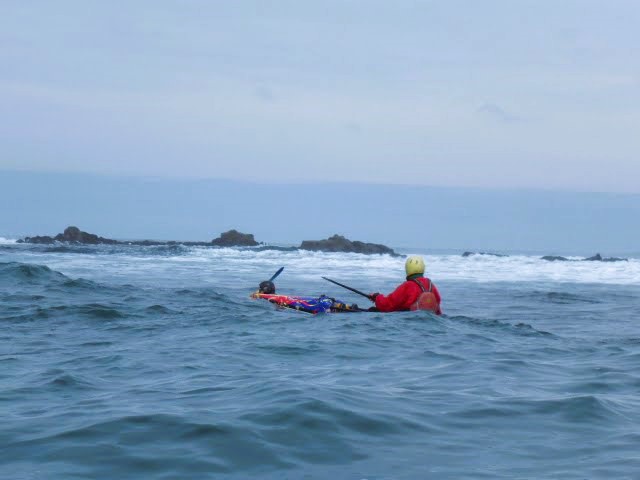 My friend Glenn Bradley thought he would refresh with a little Father’s Day kayaking before the arrival of the family. But then things took a sinister turn…

My wife Jo and I awoke early both enthused with a good night’s sleep. The sea air at our holiday home gifts us with sound sleep when here. Like leaping gazelles, we did our low tide dander of Cloughey Bay. While overcast it was bliss as we put the world to right again wandering.

Around 11am the sun appeared and with the family coming down for around 3pm I set the Deck up with the cushions to the furniture, positioning all. I’d noted the wind when doing that but it didn’t take me as being strong.

I’d planned to kayak earlier and so in preparation had a doorstep sandwich of crumbed ham and cheese in my favourite Plain Bread. Now, with hindsight I am so bloody glad I had that food for energy.

We took Jo’s Skipjak down to the tide line. Jo being new to a kayak our plan had been for me to teach some basics. All went well for about ten minutes when suddenly I found myself capsized. When that happened I suddenly realised how strong the wind was (the tide was rising) as I realised I was 100m off shore in about 8-9m of water. Being an experienced swimmer and an old kayaker this didn’t initially worry me. I tried to drag the Skipjak in but the wind was pushing me back so I thought, ‘Let it go, swim in, get the Ocean Prowler kayak then go back for the Skipjak,’ and that’s exactly what I did.

All the time the wind was building.

All the while my focus was the Skipjak – a new boat and its damage to my wallet foolishly driving me to not think straight.

I made it back out to the Skipjak but after toggling it to the Prowler I just couldn’t get it in and I was being further driven out to sea by the wind. Realising my dilemma, I cut it loose, letting it go to sea (though I want it back if found!).

I then tried to make it to the breakwater – and did. This gave me respite, but with the rising tide that wedge of land was disappearing, so I floated off again in what I thought was more shallow waters but literally 10m out from the breakwater I knew I was in sea of about 20m deep with the tide rising.

I could see Jo disappearing, the swell was about two metres at times and so without phone or radio knew this was a last chance to signal. I raised my paddle in my right arm waving it right to left in the international sign of emergency for about five minutes as the sea took me further out. At this stage I was probably 500m or more off shore.

When such things happen we can panic or we can become focused. Survival kicked in. If Jo or others hadn’t seen my paddle wave I was in for a long day and I knew I had to keep the kayak afloat and avoid entering the sea for as long as possible. Already the sun’s reflection was hitting me and I gave a ‘cute hoor’ nod to myself that at least I’d the sense to wear my Oakley long sleeve rishon top, Woodies baseball hat and Ray-Bans with a Croakie. 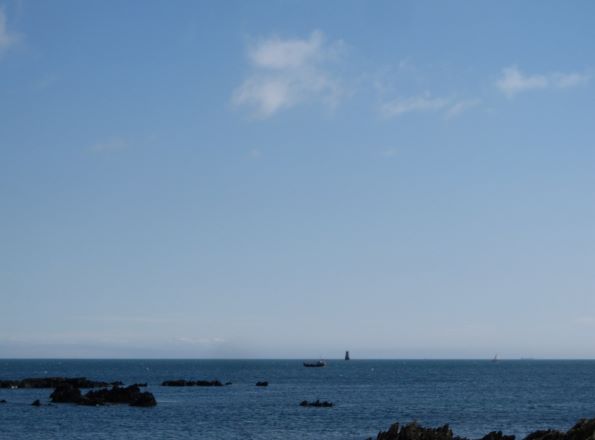 I turned the boat to face off shore judging the distance to South Rock and North Rock. I couldn’t. I’d a real panic moment of ‘fuck’. I sat keeping the boat afloat between swells trying to judge the tide, wind etc. An undercurrent was taking me towards Portavogie direction while the offshore wind was taking me further out. North Rock was closer to ‘PortieV’ and so it became a no brainer.

Head down I struck out with the paddle. Swells were killing my will, a real battle of balance and keeping the bow toward North Rock. Oddly, the tune to the cartoon ‘Marine Boy’ came to mind and it salvaged my waning spirit against the swell.

Also oddly was the calm feeling in me that I’d be OK: it wasn’t my day to die and I was confident in the pursuit of my madness toward North Rock in this off shore wind. That aside, I’d two grandkids, my Da and family all en route for a 5pm dinner for Father’s Day, so by fuck this day was not going to end with me going to Davy Jones Locker.

A head appeared right beside me out of the water then another just forward of the bow. Two seals. I imagined them saying, ‘You Bobby and Ruby Bradley’s Granda? Follow us!’ and I did all the way to North Rock.

North Rock is treacherous so the waves breaking in its breakwater capsized me and I’d to swim the last 50m dragging the Prowler behind me. Eventually I got onto land. I was exhausted with sun burnt legs and a few abrasions but otherwise good.

I lay flat on my back laughing as about eight seals looking at me were going, ‘He’s on the soup.’

I boked up the sea water and sat up to see those unsung heroes of the RNLI on the horizon. I got the paddle from the boat and started waving it to draw their attention. As they got closer I held the paddle horizontally across me and tapped the top of my head to indicate I was OK.

The RNLI slowed, not approaching, and I realised they couldn’t get into me. The rocks and breakwater around North Rock would tear a hole in the hull. Again, ‘Ack, fuck,’ hit me. They circled around sea side coming in again and again then they stopped short about 200m from me.

Again, ‘fuck’ hit me with panic, rising as bile. By this stage all the seals had entered the sea making around ten of them all looking at me. ‘Fuck it,’ I thought, ‘What can wrong in 200m with them all around me.’

I pulled the boat back into the water, sat, pushed off and balanced myself. My arm and chest muscles were screaming, ‘Are ya mad big man?’ The RNLI lads knew and were encouraging me forward. The seals were going, ‘Good riddance, dickhead!’

The RNLI saved me today. On their vessel, a warm blanket, reassurance and a drink of much needed water had the craic soon flowing as they took me to Portavogie Harbour.

I punched my life clock in my mind that here was another story to add to all the other stories on this journey of life – yet I also clocked my age, my stupidity, my utter forgotten respect for the sea (now relearned).

My son Todd and my grandson Bobby were on quay awaiting me. I cried seeing wee Bobby as the adrenaline was wearing off. A very kind member of the Coast Guard got me and the Prowler back round to the Holiday Home.

Jo was waiting. She’d contacted the Coast Guard almost immediately on realising I wasn’t making shore and had seen my emergency paddle wave, our neighbours supporting her. The wind so strong she thought it was my time. We hugged, we knew today could have been so much worse. Family all there, I turned on the happy face and made mole hills out of a mountain. By 1700 we were all in The Quays in Portavogie valuing their exceptional cuisine.

The moral of my story is that if you are going kayaking, always wear a life jacket and carry a short wave radio or phone in a water tight holder, always, no matter how experienced.

The men and women of the RNLI and Coastguard are unsung heroes, guardian angels there ready to help without fear or favour so please donate to the RNLI here.

Finally, my sincere gratitude to Donaghadee Life Boat, Portavogie Coast Guard and all persons who helped rescue me today. My love to family. 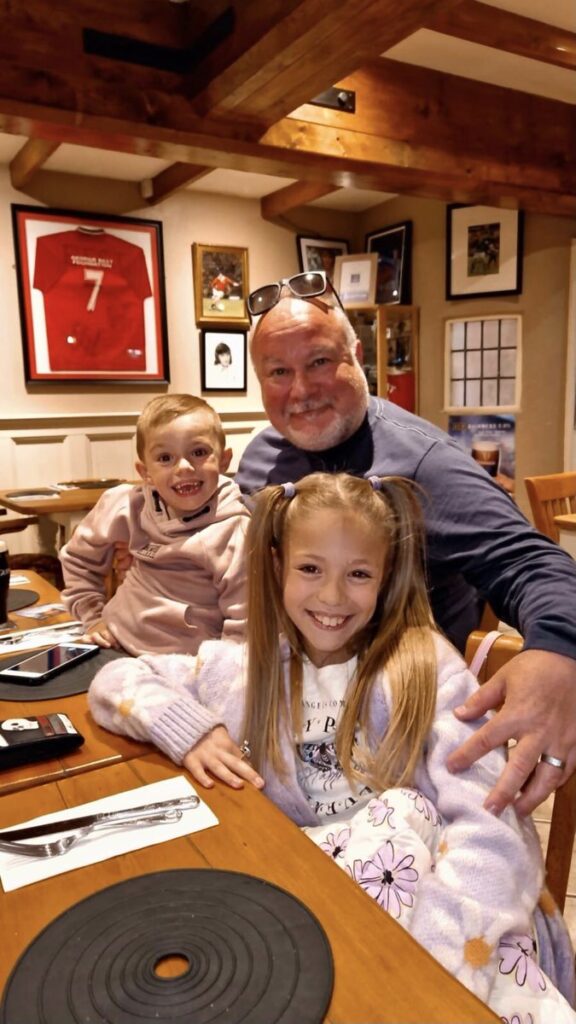