All The Dead Voices 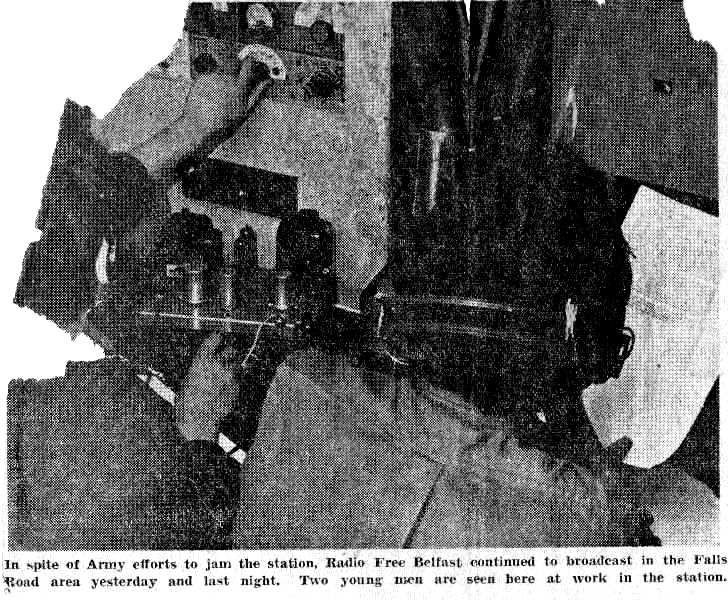 In 2002, my fifth book, a memoir, All The Dead Voices, was published. The book is currently out-of-print and I have sometimes thought about updating it but never got around to doing so. Anyway, the short Prologue to the book is a reminiscence on August 1969 when, after the barricades went up, I became involved with Radio Free Belfast which broadcast from above Paddy Lenaghan’s Long Bar in Leeson Street. (Paddy’s daughter, Mary McAleese, later became President of Ireland). I was photographed by the Irish News operating the station: I’m the one on the left! 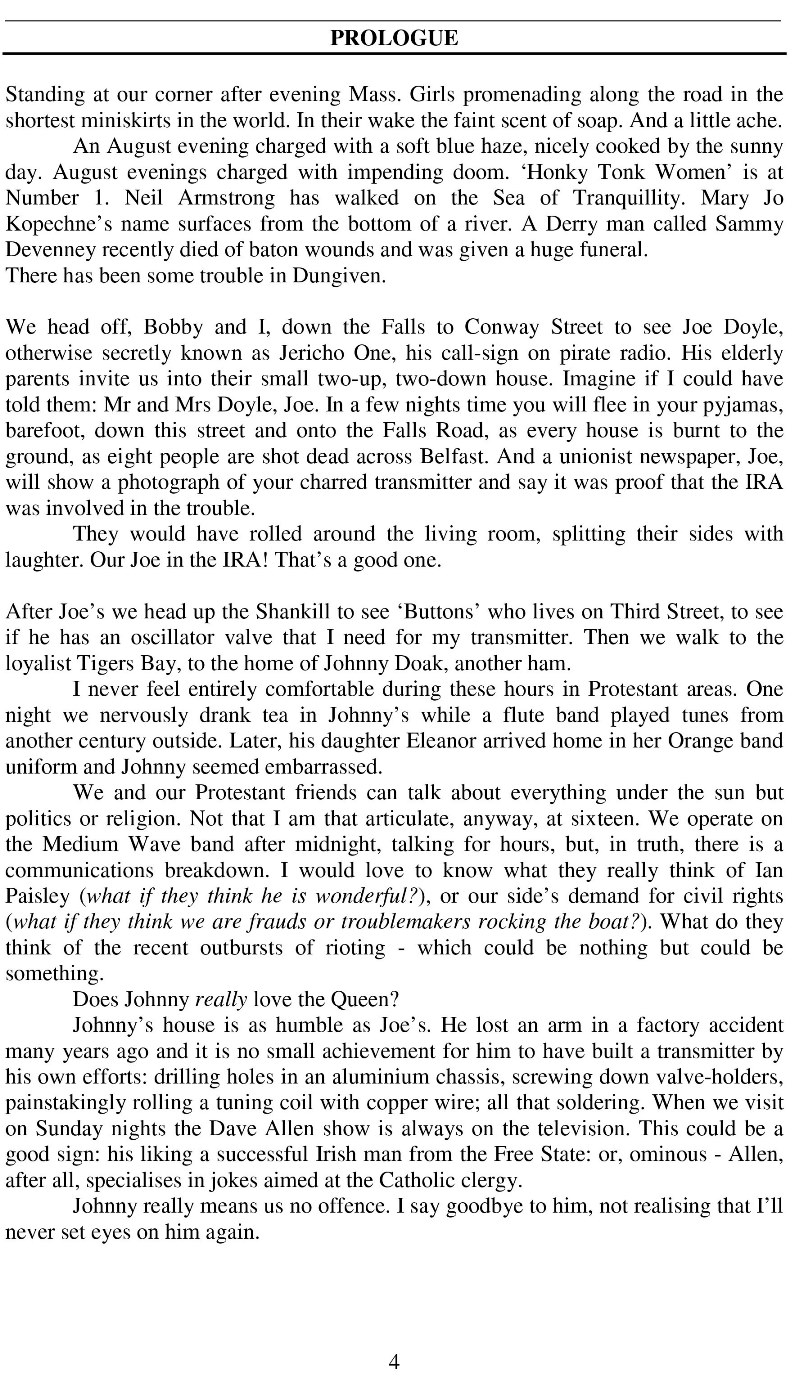 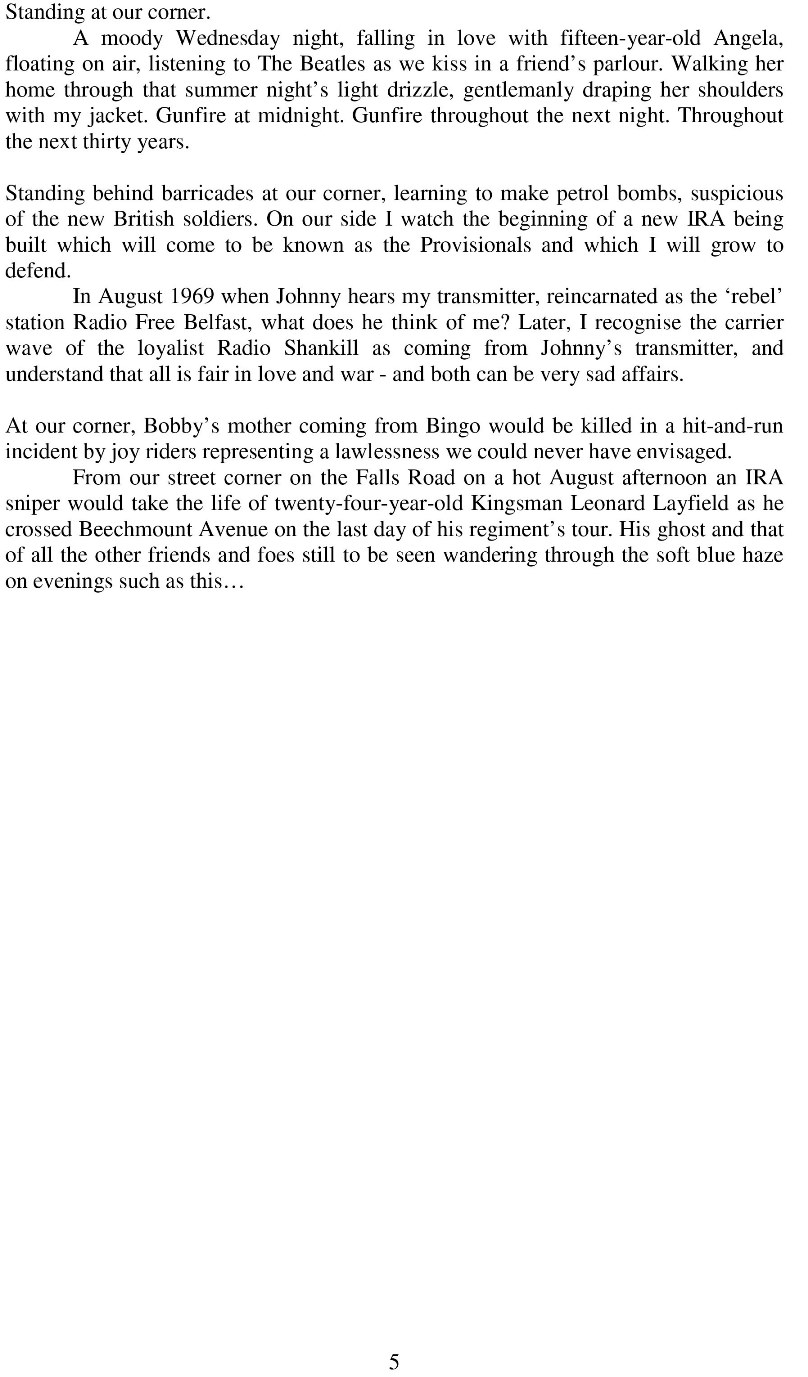