Arms And The Man 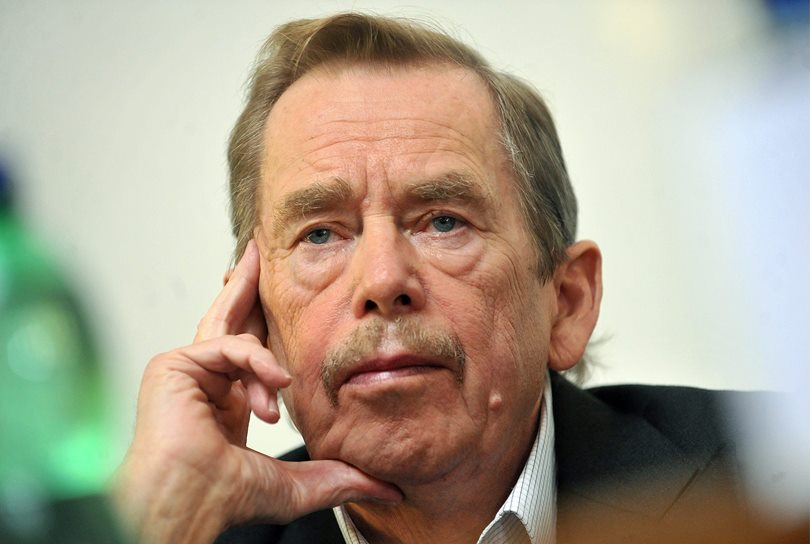 Today in 1989 playwright Václav Havel became President of Czechoslovakia. Two years later, in June 1991, I write about him in a letter to my partner which appears in my book, Then The Walls Came Down:

I read a review of Open Letters by Vaclav Havel, the president of Czechoslovakia, and formerly a playwright who was jailed by the communists because of his stance.

He wrote many essays about the use of power and one on politics and the conscience. Last year in England he was asked: ‘Do you still think that you can reconcile morality with politics?’ to which he replied, ‘Yes, I do. If I found out it was impossible, I would quit politics.’

When he was an essayist he had described Czechoslovakia’s lucrative arms exporting industry as simply ‘blood money’ which should be rejected. However, ending the arms industry would produce high levels of unemployment, particularly in Slovakia, and this would only strengthen the hand of the separatist movement and threaten the unity of the state. So, instead, Havel has quietly agreed to the delivery of Czechoslovak tanks to Syria, and is negotiating a similar deal with Iran. I really sympathise with him and the quandaries he faces.

Politics is dirty and the connection between the ‘greater good’ and morality is extremely tenuous to say the least. Havel denies that politics is dirty and says, ‘Politics are simply a job which calls for exceptionally clean people because while doing it one can exceptionally easily besmear himself. So easily, that a less vigilant person might not realise it at all…’

The most fascinating book on this subject was written by Machiavelli almost four hundred years ago – The Prince. He candidly argued that the acquisition and effective use of power may necessitate unethical methods. Another great book about power, though written as fiction, is I, Claudius by Robert Graves.