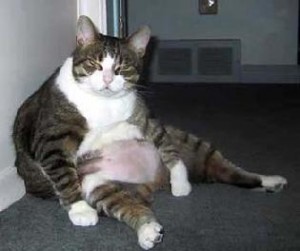 9th April.  Finished my children’s story, ‘Bradbury’s Place’, which is about a fat cat that has to go on a diet. It is probably far too ‘fat’ at 4,500 words.

6th April. Did interview with Radio Foyle re the recent release of British documents.

Issued statement to the ‘Irish News’ in response to its coverage. I said: I welcome the release of documents by the British government under the Freedom of Information Act, though I believe that

their withholding of one or two particular documents is deliberate and mischievous.

What is of interest is that a close reading of the documents supports not the sensationalist construction that the ‘Sunday Times’ and others has put on them but what republicans have contended all along, that the British government did not want a settlement on terms acceptable to the prisoners and that they played along with the delegation from the Irish Commission for Justice and Peace.

It has been known for decades that the Republican Movement and the British were in contact in July 1981 during the hunger strike. As a result of that contact I went into the prison hospital on Sunday, July 5th, and told Joe McDonnell, Kevin Lynch, Kieran Doherty, Tom McElwee and Micky Devine, and told Brendan McFarlane, the leader of the prisoners, separately, that we were in contact and the details of what the British appeared to be offering in terms of the prisoners’ five demands.

Those people who criticise the leadership for faithfully representing and echoing the five demands of the prisoners and trying to maximise their gains, especially after four hunger strikers had laid down their lives, would in all likelihood be criticising the leadership if it had tried to force on the hunger strikers acceptance of just one concession or two concessions from the British.

Among the documents still being withheld by the British are the one whose contents were delivered verbally through an intermediary on July 5th and which I delivered verbally to the hunger strikers and Brendan McFarlane; and the one which the British rewrote hours before Joe McDonnell died on July 8th but which neither we nor the hunger strikers were given. They rewrote it, according to the newly released material, to alter its tone in response to a request, they say, by the Republican Movement. Crucially, if we accept this document then it indicates a Republican Movement anxious to settle, not prolong the hunger strike.

The only reason the British could have for continuing to withhold this statement is simply to create and sustain confusion. These documents should be read alongside the timeline the Bobby Sands Trust has detailed. These documents also tally with a background interview from 1986 with a senior prison official, Sir John Blelloch, which he did not anticipate being published, but which the Trust released a few weeks ago. In that interview Blelloch states: ‘There was absolutely no change in the government’s position.’

The documents in the ‘Sunday Times’ say: ‘The statement [the one still withheld – DM] contains, except on clothing, nothing of substance which has not been said publicly… It has been made clear (as the draft itself states) that it is not a basis for negotiation.’

This was the real position of the British government and it is being lost among sensational claims which, unfortunately, are bound to cause pain to the families of the hunger strikers.

5th April. BBC Radio Foyle rang in relation to internal British documents from the July 1981 hunger strike period which had been published in the ‘Sunday Times’ and asked would I do an interview. Thought about it and agreed to do it as secretary of the Bobby Sands Trust.

4th April. Read a review of a new crime novel by Declan Hughes called ‘All The Dead Voices’. It is a great title and reminded me that in 2002 I had to pay the Samuel Beckett estate a couple of hundred pounds to use that title for my memoir!

1st April. Interviewed on phone by Kevin Maher, The Times, who is writing a feature on ‘The Troubles and Movies’, or something like that!

31st March. Spoke along with writer Declan Hassett at Cork’s 6th Lifelong Learning Festival at the Triskel Arts Centre. Read from Rudi. Great response. Visited the Mercy Hospital [where several scenes from my new novel are set] and was given a tour by the deputy head. Later, in a second hand bookshop bought ‘The Fairy Tales of Hermann Hesse’.

25th March. At AGM of Féile an Phobail I was re-elected to the management committee.

23rd March. Visited wake of Marie Moore. Wrote letter to ‘Irish News’ responding to criticism of Martin McGuinness by ex-PoW Paidric MacCoitir. I said: I can understand my friend Padraic Mac Coitir [letters, 21st March] being angry at the use of the term ‘traitors’ by Martin McGuinness but I do not accept his analogy between criticism/condemnation of today’s dissidents and criticism of those of us who formerly supported/engaged in armed struggle.

Context is everything, especially the conditions in which we fought, including the level of military oppression. Whereas the armed struggle maximised the negotiating position of the nationalist community and broke the Orange state, I have yet to read a manifesto from dissident groups, or even an interview with a spokesperson, which explains how they hope to improve upon the gains that have been made, achieve their objectives and win general support. If they actually did get to the negotiating table on whose behalf would they be negotiating? And what would the situation be if 10% of the organisation [assuming they can become a monolith] was dissatisfied with the outcome and decided to ‘bomb on’? Would the tail be perpetually wagging the dog?

I think the mainstream Republican Movement has been remarkably measured given the abuse it has had to take from a minority of republicans over the past decade.

Nine years ago, the Irish Republican Writers Group produced a magazine, Fourthwrite, which in its first issue spoke of Gerry Adams as “a modern day de Valera” and accused Sinn Fein of doing the job for the British of keeping the people “fat, dumb and happy.” Another author spoke about a British counter-insurgency strategy to “mould leaderships whom they could deal with”, which in the insult stakes comes not far behind calling someone a collaborator. Other harangues spoke of the “republican leadership being in the pay of the British government.”

A prominent member of the IRWG was the main moderator for the website, the Alternative Republican Bulletin Board (ARBB). Among its postings was speculation about who might be MI5’s agent Stakeknife. Among the suspects it named myself, Jim Gibney, Tom Hartley, Martin Meehan and Alex Maskey. Here is a flavour of some of the things it published: Stakeknife “must be Gerry Adams. His book was a flop… If it [his money] didn’t come from MI5 then he must have stolen it from the Republican Movement.” Or this: “It’s not Paddy Doherty. He works for the Special Branch.” Or this: “Can I have £10 on Martin McGuinness…”

In another section called ‘The Angry Rebel’, the following post speaks volumes for a perverted mentality: “We shall never forget you Paddy Sands. Your death on hunger strike in 1985 was the catalyst for the struggle which has achieved all the goals we ever wanted.”

So, after nine years of such ‘comradely’ criticisms, sniping from the wings, insulting wall graffiti calling him ‘a traitor’ and a litany of abuse often anonymously expressed, Martin McGuinness lost his temper.

I believe that those republicans opposed to the political process which emerged from the peace process are thoroughly outnumbered by the diametrically-opposed views of other ex-lifers, ex-blanket men, former women prisoners and ex-hunger strikers in support of Sinn Fein policy (which appears to be the case given the level of involvement of ex-prisoners in Sinn Fein and its support in the republican heartlands).

This minority is actually saying to the men and women who served imprisonment for their beliefs: you have no right to make up your own minds about strategy or the way forward for the people, for your children.

As I see it, it is that insult which is the real insult and is something to be really angry about.

21st March. Learnt of the death of Marie Moore –an bean uasal to the prisoners on protest in the H-Blocks.

18th March. Spoke in Jury’s Hotel to group of US law, history and politics students, organised by Professor Garry Jennings.

17th March. Came across document given to me several years ago, an interview with Sir John Blelloch [a senior official at the time of the hunger strikes] by Padraig O’Malley when he was researching for his book, ‘Biting At The Grave’. Had read the document at the time and then forgotten it but now realised its significance because Blelloch had given the briefing as background material on the understanding that it was not being used and so perhaps was speaking less guardedly. In it he states that in relation to the offers being made around July 1981 that there was no change in the British government’s position. Will post it on Bobby Sands Trust site.

16th March.  My review of ‘The Truth Commissioner by David Park has just been published in the online scholarly journal of AEDEI, the Spanish Association for Irish Studies – http://www.estudiosirlandeses.org/indexnavy.htm