BREXIT – On the ground

Glenn Bradley, born and raised in West Belfast, is the Regional Manager Ireland of an international landscaping material supplier. He is committed to evolving ethical trade and is a stalwart of the Business & Human Rights Forum as well as a trainer for the Ethical Trading Initiative. A former soldier he is also involved in peace-making and is a member of Veterans for Peace, made up former ex-services personnel. He supported the Remain campaign in last June’s referendum on Brexit and in this feature warns of the immediate & anticipated threats the decision to exit the European Union represents to the local economy. 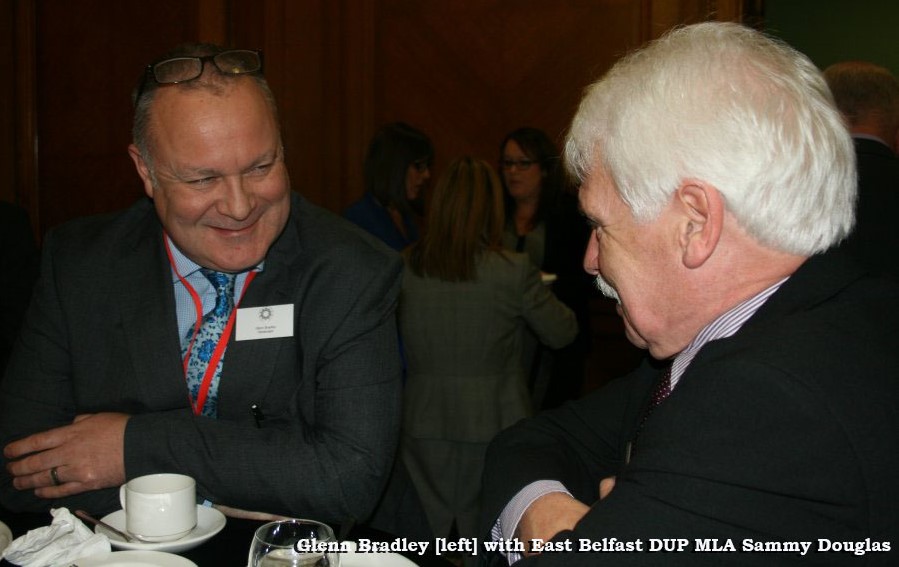 I was up at Parliament Buildings today to receive a briefing with regard to a forthcoming trip to China as a delegate with the Assembly & Business Trust.

I ran into a few MLAs, and it was great to see some friends like Seán Murray on the policy staff for Sinn Féin, and Doug Beattie the Ulster Unionist MLA.

During all conversations BREXIT was the topic or at least part of the topic. As a businessman largely in the import sector, I left feeling slightly short changed with sound bites by some (I must hasten to add not by Doug or Seán). Here’s why.

As a member of the Institute of Export, I understand how exports play an important role in the UK and/or Irish economy. I get how exports influence levels of economic growth, employment and the balance of payments.

However, I’m also a pragmatic realist. Ireland (both constitutional jurisdictions) is the most westerly geographical point of the European archipelago and, as such, imports, with our household consumption of same, always accounting for more of the GDP.

This is especially true for a small region like Northern Ireland that has an overzealous and damning inherited reliance on public sector employment.

The impact of the BREXIT referendum on a local business trading in imports was immediate. On the day of the vote and overnight GBP-Sterling against the US Dollar dropped from 1.5 to 1.3. Putting that into context that meant that, for example, a sea container movement from Xiamen to Belfast which cost USD$675 ROE (rate of exchange) 1.5 = £450 on Thursday became USD$675 ROE 1.3 = £519 on Friday, a 15% increase and a sum that was not/could not be budgeted for.

In reaction to the falling GBP-Sterling and by the Monday post referendum, the international shipping lines then applied a freight rate rise from USD$675 to USD$1000. Putting that into context that meant, for example, a sea container movement from Xiamen to Belfast which cost USD$675 ROE 1.5 = £450 on Thursday became USD$1000 ROE 1.3 = £769 just five days, a 71% increase, which is a sum no business could ever budget for and trade competitively.

In addition, production costs in global markets increased. For example, on the day of the Referendum Vote the GBP-Sterling against the Euro was at 1.27 then overnight that dropped to 1.13. In context 1 square meter (sqm) of say Granite Tiles from Portugal on Thursday cost €60 per sqm ROE 1.27 = £47. But by Friday, €60 per sqm ROE 1.13 = £53 per sqm, an 11% increase and a sum unlikely to be budgeted for.

No matter how much of a risk-taker or embracer of change management I may be as an individual, no one could have budgeted for the immediate and dire negative consequence to imports that the BREXIT Referendum result generated and which worsens daily. This is largely because no one in business knows what the future holds as the government fails to reassure or provide direction nationally or internationally. 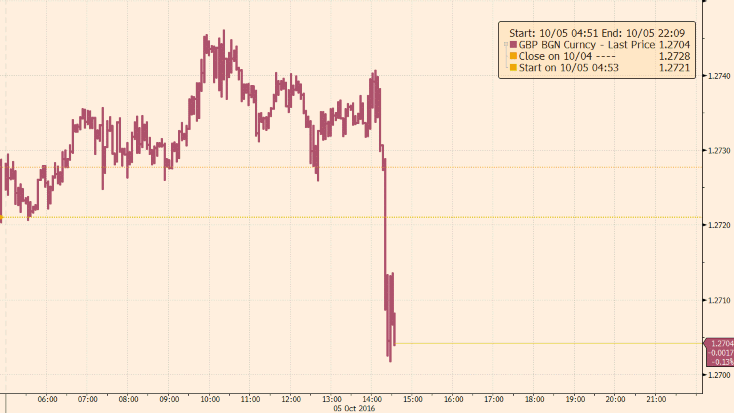 As import business suffered immediately, some politicians and exporting businesses rubbed their hands with glee in the belief that a weak and devalued pound is advantageous long term. However, such glee is temporary because inflation is definitely on the horizon and more importantly if an exporter has to rely on devaluation to trade then the business cannot be sustainable. The long term benefits of devaluation are zero, and to suggest anything different is temporary, sound-biting smokescreen.

Out of the Top Ten export partners the UK has, seven are in the EU, and those exports have been successful in large part due to reduced tariff barriers, and certainly the removal of bureaucratic customs formalities. Free trade has prevailed. Post-BREXIT, and in particular the hard BREXIT Prime Minister Theresa May is hinting at, will see tariff barriers increase, as will the bureaucracy at borders for cargo movements. To suggest otherwise is to deny economic and fiscal reality.

As for private sector innovation, especially in this most westerly region of the European archipelago, there is no magic wand. Export growth is not the sole answer and those hanging their (political) hat on it will come undone. There is only so much government can do to promote private sector productivity (import or export). Competitiveness depends on new products, new technology and, equally important, management passion and techniques, as much as any government policies.

As inflation rises, and tariff barriers are imposed post-BREXIT, the export sector will not save our economic skins especially in this small place.
With the benefit of hindsight (oh, that wonderful thing!) I wish our local politicians had challenged the initial Referendum question based on a UK-headcount. I wish someone had realized that by sheer volume of constituency numbers that England and Wales could override any decision Scotland or Northern Ireland made. I wish someone had boldly claimed “hold on, we are at the peril of English nationalism intoxicated on immigration fear”. I wish someone had thought the referendum needs to be four regions with equal input to the question. I wish, I wish, I wish – but BREXIT is about to happen.

I’m thus weary of politicians who pretend that it’s all going to be all right or cite sound bites regarding export growth. Rough days are ahead and it will impact negatively on all citizens.

What I am certain off is: the Northern Ireland Assembly cannot stand still and needs to be on the same page pro-actively leading to protect this small place. Such protection does require a buffer against the economic tsunami ahead of us where, with their boots firmly at ground truth reality, not pie in the sky temporary economics by academics, they challenge the British government regarding our unique post-conflict situation, and collaborate with all sections of business and our closest neighbors on this island to generate trade, protecting workers’ livelihoods.