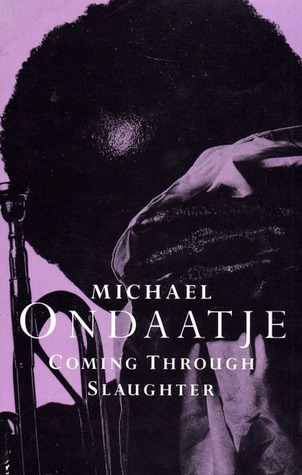 Finished Coming Through Slaughter by Michael Ondaatje, one of his earliest novels, published in 1976. It wasn’t as good as, again, another of his earlier novels, In The Skin of a Lion. It’s the story of Buddy Bolden, a legendary cornet player in backstreet New Orleans, who at the turn of the twentieth century was called the undisputed King of black New Orleans music and whose band is generally considered to be the first group to play what would later be called jazz music.

According to the novel (though factually disputed) Bolden worked as a barber during the day. He eventually displayed symptoms of paranoia brought on by alcohol and in 1906 his mother signed papers to have him committed to the state asylum in Jackson where he died in 1931.

I liked this description of a magazine that Bolden supposedly edited. Sounds like Fox News:

‘The Cricket existed between 1899 and 1905. It took in and published all the information Bolden could find. It respected stray facts, manic theories, and well-told lies. This information came from customers in the chair and from spiders among the whores and police that Bolden and his friends knew. The Cricket studied broken marriages, gossip about jazzmen, and a servant’s memoir told everyone that a certain politician spent twenty minutes each morning deciding which shirt to wear. Bolden took all the thick facts and dropped them into his pail of sub-history.

‘Sub-history’ – what a great term!