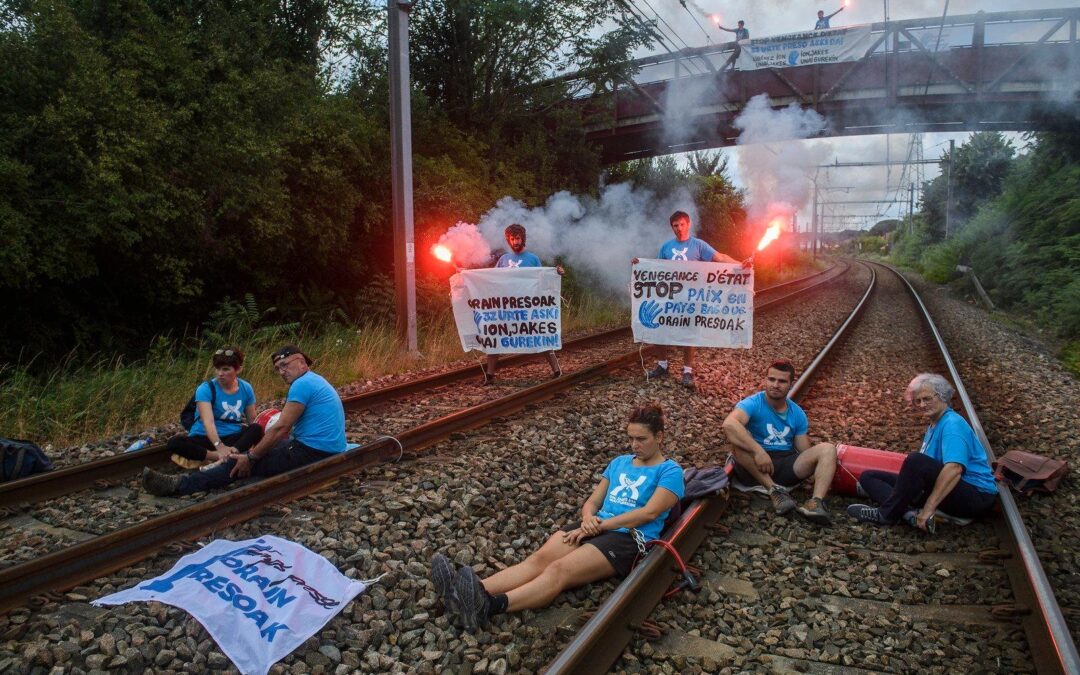 A report from a Basque comrade on protests around the continued imprisonment, after thirty years, of three political prisoners.

The north of the Basque Country, or the so called ‘French part’, came to a standstill yesterday as a series of demonstrations took place to demand the release of long serving prisoners Jon Parot, Unai Parot and Jakes Esnal. 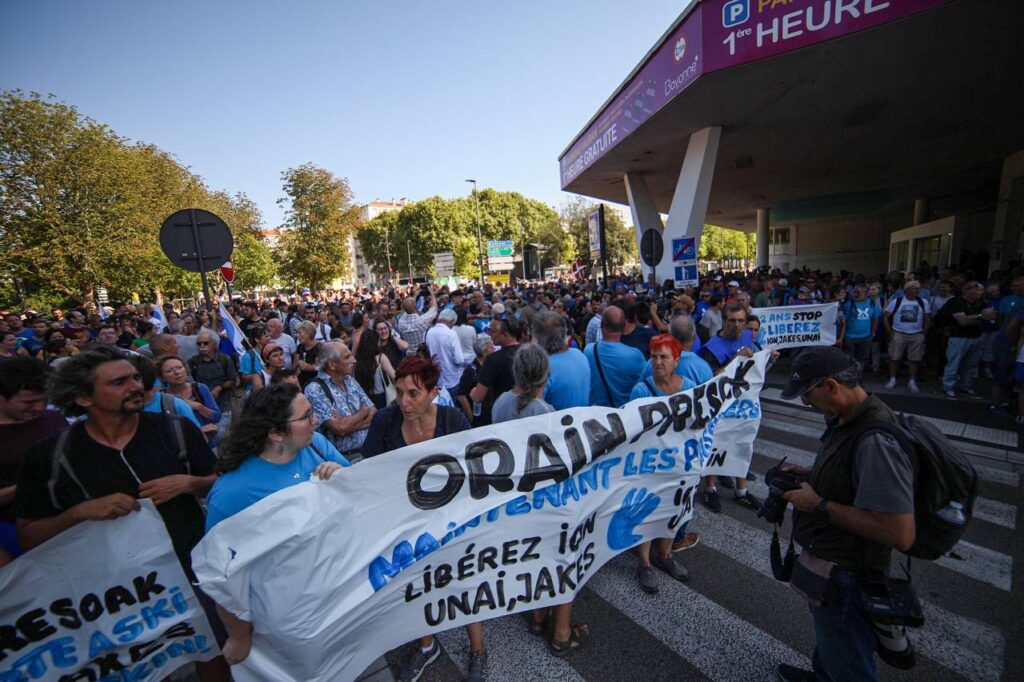 Basque protesters entered the runway of Biarritz Airport, blocked the railway in Boucau, the motorway in Biarritz, in addition to thirteen main towns causing major disruption in the area. 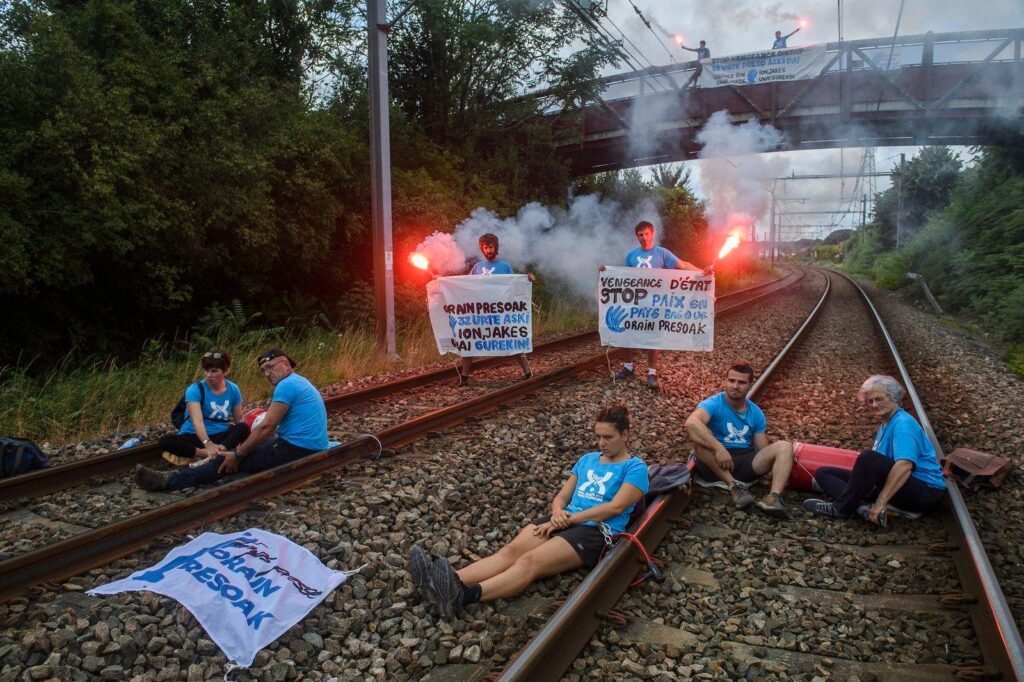 It has been thirty-two years since Jon, Unai and Jakes were imprisoned for being members of the armed group ETA. These men, who are all over seventy years of age, would have been released already if special measures had not been imposed upon them by the French government. This further punishment is viewed as purely vindictive.

ETA decommissioned in 2017, six years after they announced their permanent ceasefire. With this milestone the peace process entered a new era and Basque nationalists hoped that would bring about the release of all political prisoners. Unfortunately, the Spanish and French authorities have been reluctant and unwilling to progress the peace process. There are currently almost 200 prisoners still incarcerated in French and Spanish prisons.

Today’s demonstrations show the growing frustration at this intransigence. Despite the efforts of peace, it is evident that there are those within the French and Spanish governments who are committed to conflict against the Basque people. 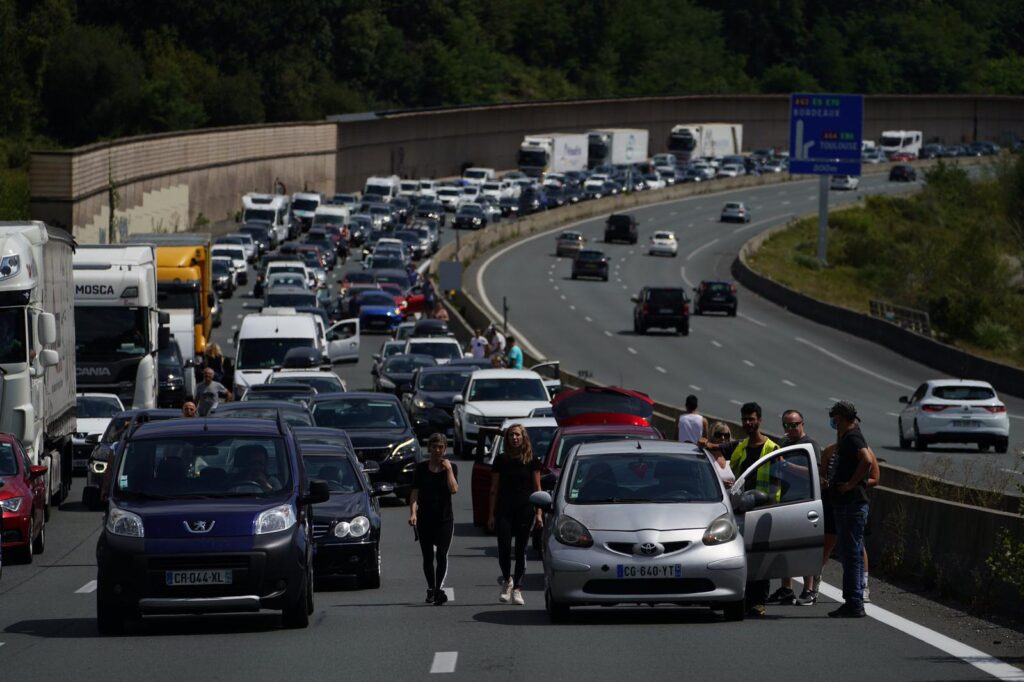