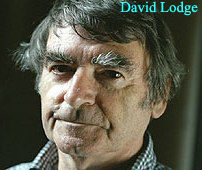 Two married academics – one English, one North American – end up teaching literature for a period in each other’s universities in an exchange scheme c.1969 where the clash of cultures is all too evident. The milieu is the student protests and occupations, the Vietnam War, ‘free love’ and infidelity, and those endless, dialectics which still obsess many boring bloggers of today. Oh but for a Tardis into which they could be sent to 2525!

In his temporary West Coast retreat, the English academic, Phillip Swallow, has an epiphany as he thinks about the American contribution to literature.

“He thought of James’s The Ambassadors and Strether’s injunction to Little Bilham, in the Paris garden, to ‘Live … live all you can; it’s a mistake not to,’ feeling himself to partake of both characters, the speaker who had discovered this insight too late, and the young man who might still profit by it. He thought of Henry Miller sitting over a beer in some scruffy Parisian café with his notebook on his knee and the smell of cunt still lingering on his fingers and he felt some distant kinship with that coarse, uneven, priapic imagination. He understood American literature for the first time in his life that afternoon, sitting in Pierre’s on Cable Avenue as the river of Plotinus life flowed past, understood its prodigality and indecorum, its yea-saying heterogeneity, understood Walt Whitman who laid end to end words never seen in each other’s company before outside of a dictionary, and Herman Melville who split the atom of the traditional novel in the effort to make whaling a universal metaphor and smuggle into a book addressed to the most puritanical reading public the world has ever known a chapter on the whale’s foreskin and got away with it; understood why Mark Twain nearly wrote a sequel to Huckleberry Finn in which Tom Sawyer was to sell Huck into slavery, and why Stephen Crane wrote his great war-novel first and experienced war afterwards, and what Gertrude Stein meant when she said that ‘anything one is remembering is a repetition, but existing as a human being, that is being, listening and hearing is never repetition’; understood all that, though he couldn’t have explained it to his students, some thoughts do often lie too deep for seminars…”

However, later, as Swallow sits in a hotel room with his US counterpart, Morris Zapp, along with their two spouses, attempting to sort out their domestics, he comments about the gap between his generation and the young people on campus and quoting Yeats’ ‘Sailing To Byzantium’, says of the USA, ‘That is no country for old men…’

He explains: “…I think it revolves around this public/private thing. Our generation – we subscribe to the old liberal doctrine of the inviolate self. It’s the great tradition of realistic fiction, it’s what novels are all about. The private life in the foreground, history a distant rumble of gunfire, somewhere offstage. In Jane Austen not even a rumble. Well, the novel is dying, and us with it… Those kids [the US students] are living a film, not a novel.”

‘Changing Places’ is a very funny novel and the first of a trilogy.

Lodge’s literary criticism and essays are brilliant, especially for the novice writer. I have read ‘The Art of Fiction’ and ‘The Practice of Writing’ several times, and ‘Consciousness and the Novel’.