My friend the writer Timothy O’Grady has reached his crowd-funding target for his book about the children of Las Vegas. Below, he tells the story behind his writing the book. You can still subscribe to its publication and receive a variety of rewards: 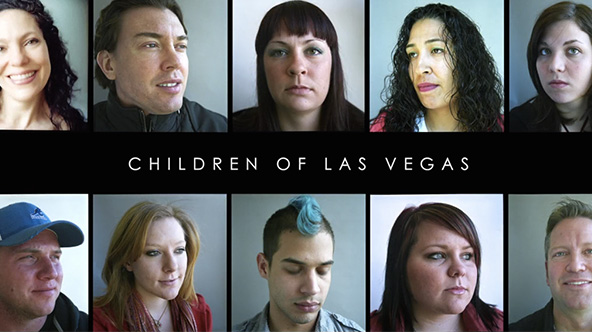 One day in a class I was teaching in Las Vegas my students spoke of their lives. Their stories were so shocking I thought at first I’d misheard, or was being had – stories of being robbed by their parents, of raising themselves, of watching the disintegration of whole families as their members succumbed to the numerous addictions endemic to the city. It wasn’t just an isolated few. Around three-quarters of the class spoke in that vein.

I was in Las Vegas for two years. It’s such an attention-demanding city that if you write you are likely to be drawn to it as a subject. It was, though, difficult for me to see it. It seemed always to be covering up, throwing up illusions, stepping back. But when my students spoke that day I felt strongly that this was the story about Las Vegas I wanted to tell. These things had happened not only in Las Vegas but because of it. The city had been happening to them all their lives. They were its witnesses and had an authority I or any other visitor could never have. Their stories were both unknown and everywhere at the same time. I thought a book of them would reveal the city in an unusually direct way, but would also ask larger questions – How could such things happen to innocent people in the midst of so much money and frivolity? What is it about us that demands that such a place exists?

I had slim hope of writing this book, though. The stories were too intimate, too painful. Their tellers would dread the exposure. But that wasn’t the case. They wanted to be heard. In the end I interviewed ten people who grew up in Las Vegas – some students, a casino owner’s son, a businessman, a Native American woman who wound up living in the storm drains under the casinos.

This book has been on a long and twisted road and has not yet quite reached its destination. It has been taken up by the publishers Unbound in London, whose publication The Wake has just won The Bookseller’s Book of the Year, which also honours publishers. I know two of Unbound’s founders, John Mitchinson and Rachael Kerr, because they published another collaboration of mine with Steve Pyke, I Could Read the Sky, when they were at Harvill. Unbound works to a different model to conventional publishers, something more like crowdfunding, whereby a book is put up on their website and readers are invited to place orders. When enough do so to meet the production costs of the book they receive their copies and a trade edition is then sent out into the world by Unbound and Penguin Random House. So the ultimate existence of the book depends on this early support. Readers themselves bring it into being.

You can see a short film about this book and read a few excerpts here and also order it. Please understand that there is no pressure, no scores are being kept. The more people that know of the book, though, the better its chances of existing, so if you think of someone who could be interested in it please send this along. Thank you.