Christmas In The Crum 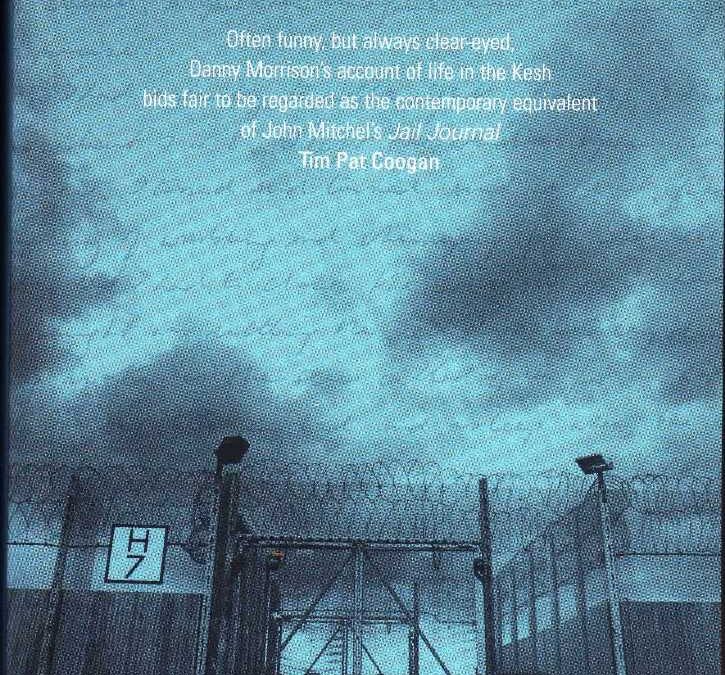 This is an excerpt from my book, Then The Walls Came Down, when at Christmas time I was on remand for conspiracy to murder, kidnapping and IRA membership. Among those referred to are my cell-mate, Roy McCool from Derry; two of my co-accused, Jim O’Carroll and John ‘Anto’ Murray; my sons Kevin (then 15) and Liam (then 10); the late Martin Meehan from Ardoyne; and Pat Sheehan who was later sentenced to twenty five years but who is now a Sinn Féin MLA for West Belfast

Hi Love. Roy and I have moved cells yet again and we have decided to enter into the spirit of the season. With a razor blade we have converted one of the paper bags, in which we moved our clothes, into a brown Christmas tree. And we spent about an hour making decorations out of coloured tissues which Donna sent him. We ended up in stitches because when we hung them in a loop across the ceiling and between the two walls Roy said they looked like a clothes line of frilly knickers. Jim O’Carroll has written a letter to Father Christmas but the censor refused to pass it because on the envelope was written ‘c/o the North Pole’. It goes:

“Dear Santa, I’m writing to you early this year as I have changed address. I suffer more than anybody else as I have extra-large ears. A good set of ear muffs or two cushions and an elastic band would suffice. Please could you send my big friend Doc some colouring pencils as those miserable bastards on the next landing won’t part with anything. Last but not least could you leave me a speedy-car? Just outside the main gate. At midnight. Leave the keys in the ignition…”

The cards are coming in thick and fast now. From aunts and uncles, cousins and nieces and nephews and complete strangers. I’ve a total of one hundred and fifty spread across the cell. How is your Christmas in Toronto? I’m sure you’ve heard the news by now about the IRA calling a three-day ceasefire, the first in sixteen years! Of course, it’s led to all kinds of false hopes. But, however!

What else has happened. Frankie Quinn was sentenced to sixteen years. And that young lad from Strabane, I think I mentioned him to you before, got bail. He was arrested about six weeks ago at the Camel’s Hump checkpoint when he was searched and found to have a hand-drawn map of the British army barracks in his pocket with ‘Xs’ allegedly showing the best spots for mortars to land! This lad is dead naïve and thought he was a member of the old Irish Republican Brotherhood. The only member!

Anyway, Pat Sheehan christened him Adrian Mole, aged nineteen-and-three-quarters, after the fictional character, because of his thick glasses and utter innocence. Whilst here he had a lot of exciting entries to make in his diary. This is what happened on his second day in jail. Jim O’Carroll:

“Okay, everyone. Saturday afternoon, our turn for the swimming pool! Are you okay, mate?”

Adrian said that he couldn’t swim but was told not to worry, he would learn quickly, and one of the other lads had a spare set of shorts and goggles.

Jim said, “And don’t forget later to bring your mattress to the canteen for the judo classes.”

Davy Clinton shouts from the bottom of the wing to Jim: “Put my name down for swimming!”

Jim replies: “Fuck off, you’re barred, you were caught pissing in the pool last week.”

Adrian was told to put on his good clothes when the screws called us for the Sunday night disco (“They let a few girls in but there’s not enough to go around”).

On my last visit I had Kevin and Liam up. Liam was moody but when I whispered to him and asked him what was wrong he said he missed me and would love to go back to my cell. So that gave me a lump in my throat. That’s the first time whilst I’ve been in here that he has been openly emotional or, rather, explicit.

Right, I’ll go now and speak to you later.

I forgot to say, Roy and I have been charged by the governor after a cell search. The charge reads that, “You, along with prisoner D. McCool A3616, had in your cell a plastic bottle of liquid suspected of being alcohol.” But the adjudication has been adjourned until the New Year.

Well, we were spoilt on Christmas day – lots of food, lots of variety, but it was all institutional and suffered from an insipidness and lack of personal touch. Later, we watched ET in the canteen and then had our party. Two lads painstakingly made party hats. I presented the ‘Mister and Mister’ competition, during which each contestant was tested for intimate knowledge of his cell mate whilst his mate sat in a far corner, wearing headphones blaring out pop music.

Some of the more harmless questions were: What is your partner’s greatest fear or phobia: (a) Spiders, (b) mice, or (c) getting Judge Carswell? How often does your cell-mate pray: (a) once a week, (b) once a day or (c) he’s never off his knees? How many IRA operations has he claimed to have been on: (a) none, (b) between one and five, (c) more than five or (d) more than Martin Meehan? What was his reaction to the IRA ceasefire: (a) it should never have happened, (b) it should have lasted even days or (c) they should never have called off the last one? How many Christmas cards did he get: (a) between one and thirty, (b) between thirty and sixty, or (c) more than Pat – I love me, who do you love – Sheehan?

7.30pm
I am not long back from the canteen and as I was coming out Dermot Carroll told me that on the 7 o’clock news there was a report of the Brits having shot dead a man and seriously wounded his brother at a checkpoint in South Armagh. So I wonder what all that is about. We’ll find out tomorrow.

Weather-wise you haven’t missed anything. Out in the yard this morning we crunched through a dusting of snow upon frost. A stormy cold wind was ripping the air apart and the starlings kept trying to find roosting spots on the disused chimney stack but broke up in disarray and went crashing through the air. Anto told us a funny story as we were walking.

Years ago, around Christmas, he and three mates (labourers and an electrician) all went to the Hunting Lodge after work. One of them bet the others that he could steal a stag trophy off the wall without being caught. They placed their bets. The aspiring thief went to the bar and asked for a couple of plastic carry-out bags. In two moves he had the stag’s head off the wall and under the table, and its antlers covered over with the bags. Then he put the head under his coat and they all walked out, caught a black taxi to Twinbrook and got out opposite the Hitchin Post where the two who lost the bet went to buy a carry-out. When the two emerged from the bar there was a small crowd gathered behind their friends. Anto’s mate had removed the bags and stuck the stag’s head on a hedge, tied an electric wire around its neck like a rope and pretended to be struggling with it!

It was dark and most of the crowd had a fair sup of drink. The guys told the people they had caught the reindeer on the mountain and were bringing it home as a pet for the kids. Anto said that you could see the stag’s big artificial glassy eyes and its tongue protruding and every now and again when they pulled ‘the rope’ the crowd moved back a few feet as it reared up at them. Then, the lads pulled too hard and to gasps and astonishment from the crowd the head landed on the footpath. Then it was, “Fuckin bastards”, “That wasn’t funny”, “I knew you couldn’t get reindeers on the mountain.” He had us doubled-up!

I think society can sleep safely in its bed at night, rest-assured that the most dangerous men in the country are all under lock and key. 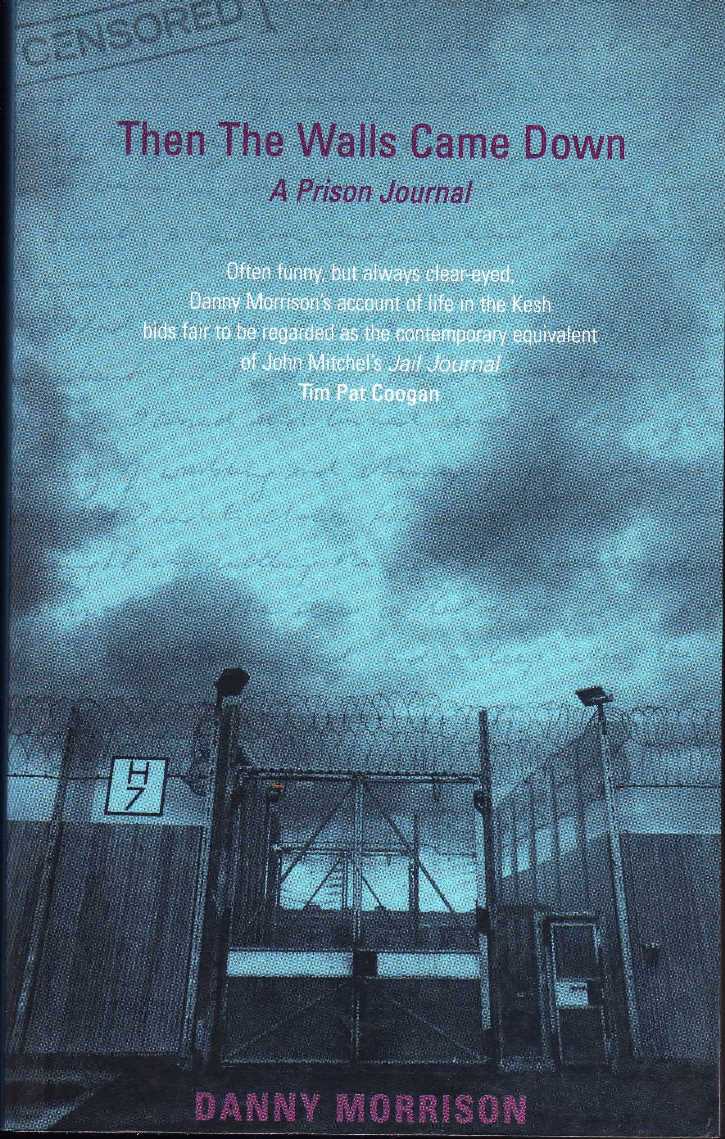