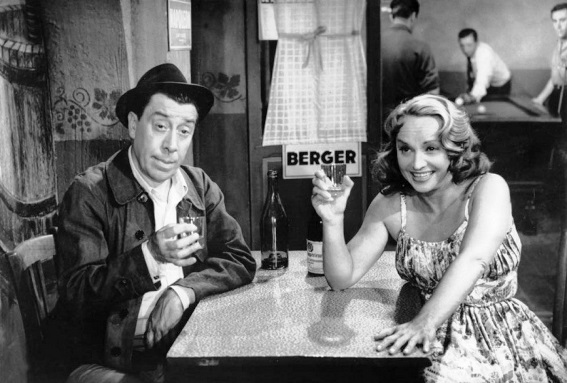 Finished Gabriel Chevallier’s hilarious Clochemerle – a comic satire about how the building of a public lavatory provokes a furore in the eponymous Beaujolais village between the left and the right. Must get his novel about WWI, La Peur (Fear). Clochemerle allegedly is named after blackbirds who would fly away when the church bell was rang. The peasants spoke of ‘the blackbirds’ bell’, thus  ‘la cloche à merles’.

There is a beautiful description about the arrival of Spring: “And the sun, in the empyrean that stretched away to infinity, revelled in it to his heart’s content and glittered and shone without restraint. He shed his genial influence on the little twigs and flowering buds, brought boldness to the young men and softness to the girls, made the old people less cross-grained and fault-finding, the parents more understanding, the policemen a little less stupid, the righteous people and pious women a little more tolerant, the thrifty less careful with their money; in a word, opened all hearts.”

2nd January. Finished Summer In The Heart, a charming Bildungsroman by John McMillan about young Jim Mitchell who lives in a village (presumably, Greenisland) close to the lough shore of Belfast, his schooldays, his first love and the adventure of life that lies before him. Last July I read another of his novels, The Soul of the City. Like that book this is also lyrical and rich in imagery. Just this one little line evokes a memory of night-time ritual for those of us who lived in cold houses!

“The living room fire was snoring under its night time blanket of slack behind the wiremesh guard.”

4th January. Participated in panel discussion on Sunday Sequence re the release of state papers from 1984/1985.