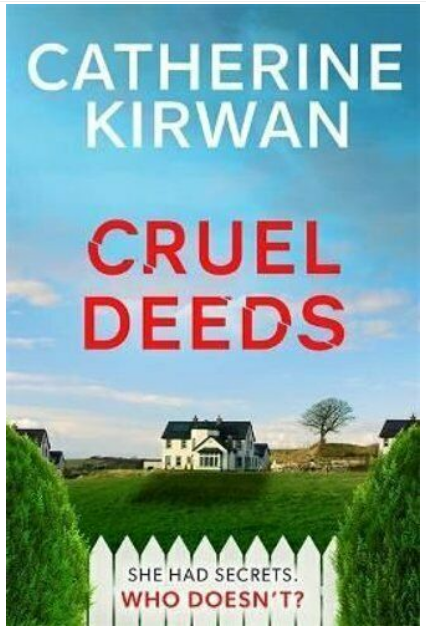 My review of Catherine Kirwan’s new novel, set in Cork, was published earlier by the Irish Examiner. Here it is.

What I loved about this fast-paced crime novel was the intimacy of the narration: our access to the rationale, doubts, and suspicions of Cork solicitor-turned-sleuth, Finn Fitzpatrick.

A work colleague, Mandy Breslin, a powerhouse in the prestigious law firm of MLC in Mac Swiney Street which acts for some of Cork’s wealthiest people, and tipped to become managing partner, is reported missing by her husband, Ed.

Finn is tasked by Gabriel McGrath, current head of the firm, with urgently scrutinising Mandy’s casework for anything unethical, illegal, or scandalous that could jeopardise the firm, especially if her death was by suicide, which would automatically trigger a mandatory review by the Law Society.

But when Mandy’s body, her head caved in by a hammer, is found in a semi-derelict but valuable property in Alysson Villas in Glasheen, a suburb in south central Cork City, a murder inquiry begins.

Finn is then warned by Gabriel that now is not the time “for any of your Agatha Christie tendencies”, but contradicts himself and tells her: “If there’s a smoking gun anywhere in Mandy’s work connecting this office with murder, you need to find it.”

That had been Finn’s intention anyway: “A manhunt was a hell of a lot more interesting than reading Mandy’s brain-numbingly dull files”, she says, whilst wondering if Gabriel had an alibi for the night of the murder.

Finn made an appearance in Catherine Kirwan’s first novel, Darkest Truth, where she investigated a murder case and exposed a serial sex offender. Now aged 37 and living in a comfortable house on Barrack Street, which she herself designed, her personal life is a bit of a mess.

She has her insecurities, her vulnerabilities. She was an adopted child from the age of four, after her mother and her step-sister, both alcoholics, took their own lives. She herself is teetotal but her boyfriend of five years, Davy Keenan, had been a drug addict whom she had represented in court when he was charged with possession of cocaine (though she privately concedes that he was probably also dealing). 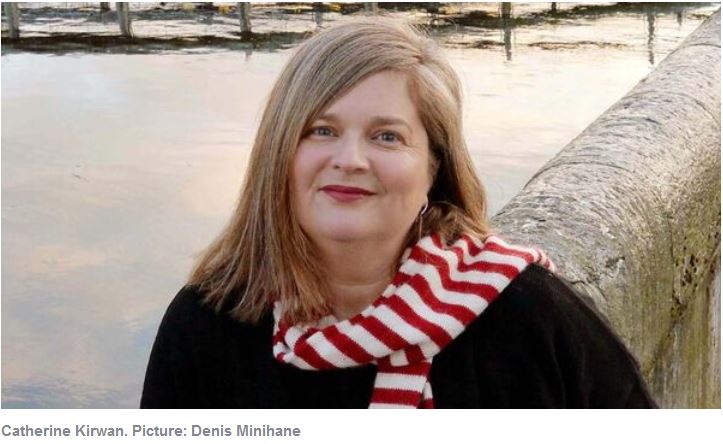 Kirwan brilliantly handles — without bewildering or blinding us — the intricacies of property fraud and financial impropriety, possible motives for the killing, along with jealousy, adultery, and blackmail. Each new piece of information — about a crooked estate agent or a stranger Mandy was seen with — reveal further motives for her killing and further suspects.

Told in the first person, in short, staccato chapters, covering each day of Finn’s attempts to unearth the truth, the double life of the victim — a supposedly happily married woman with two daughters, living harmoniously in leafy Blackrock, is exposed, and the more it is exposed, the more suspects emerge, including two men who had an interest in the Glasheen house and who disappeared shortly after her body was discovered.

The investigating detective, Sadie O’Riordan, is an old university friend and confidante of Finn, but tensions arise between the two over their separate but overlapping inquiries. Sadie has also long considered Finn taking up with Davy as being highly unprofessional, bordering on misconduct.

Finn, with conflicted loyalties, withholds information she has gathered about potential suspects, including boyfriend Davy with his unexplained absences. But are these just part of her ‘traitorous paranoid suspicions’?

Almost at the end of her tether, Finn retreats to the sanctuary of her home to chill out and to think things through: “I pulled a blanket over me on the sofa and listened to Patsy Cline, and wondered what the hell had happened to my life. Patsy didn’t have the answer — and neither did Willie, or Merle, or George Jones and Tammy Wynette — but a little after 2am Kris Kristofferson told me to let the devil take tomorrow and that seemed like as good an idea as anything else.”

And it is the devil that takes ‘tomorrow’ in a somewhat macabre denouement which we never see coming.

The clever title, Cruel Deeds, plays not just on acts of violence but also on a legal document that can drive people to murder, but also trip them up in the end.