The writer and journalist Roy Greenslade reviewed Curious Journey in the Andersonstown News to coincide with a new issue of the book with a fresh introduction placing in context our most recent conflict with the Tan War and Civil War.

THE title of this book could not be more apposite. Although it refers to the curious journey of its central characters throughout Ireland’s uncompleted fight for freedom, it is also relevant to its own curious journey from print to bookshelf.

That publishing journey is significant because it reminds us of the propaganda grip Britain exercised after it was ousted from twenty-six Irish counties and forcibly maintained its hold on the other six. Newspapers were encouraged to ignore its Irish colony, an unspoken request in which they obligingly co-operated, while television was subject to censorship.

So, Curious Journey* – originally subtitled, An Oral History of Ireland’s Unfinished Revolution, with Griffith as the lead author – received almost no coverage when first published in 1982. And Griffith’s accompanying film, commissioned by an ITV company, was not shown.

Griffith had grown used to his documentaries being banned, especially when Ireland was the subject. His 1973 biography of Michael Collins was withheld because the Independent Broadcasting Authority was worried about its impact on ‘the delicate political and military situation.’ (It was finally screened in 1993).

Even his superb, idiosyncratic documentary on Napoleon was censored. A single quote he attributed to the emperor, ‘If I had sufficient power, I would have separated Ireland from England,’ was deleted. 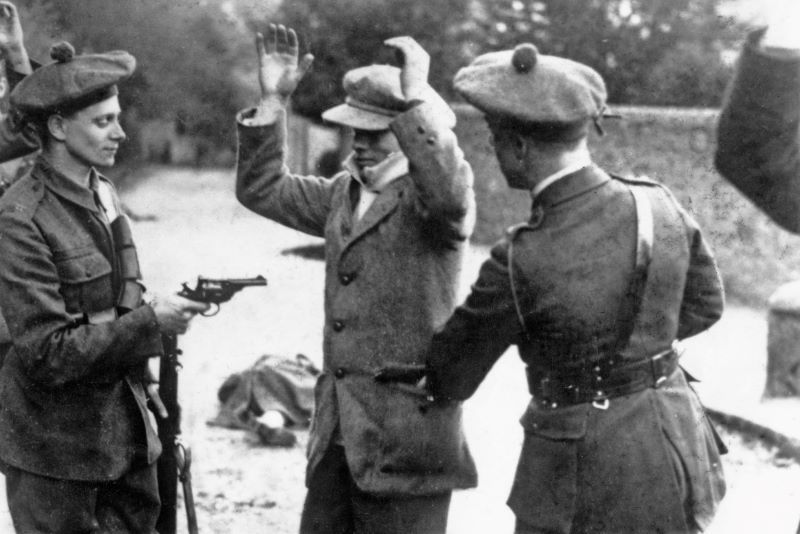 When Curious Journey was republished in 1998, it was ignored by newspapers in Britain. Nor did it get much attention in Ireland, drawing at least one predictably negative response from an Irish Independent reviewer. He started his article by writing of Griffith: ‘There is no more bitter and twisted Anglophobe than a Welshman.’ He also dismissed his co-author, Timothy O’Grady as ‘an American who doubtless believes the Famine was simply genocide.’

Then again, the reviewer was Charles Chenevix Trench, grandson of the Anglican archbishop of Dublin who was raised in India under the Raj and oversaw Britain’s bloody last years in Kenya. What else would we expect from a British imperialist considering a book about Ireland’s struggle for self-determination?

In other words, Curious Journey has not previously had a fair crack of the whip. Hopefully, this new version will get the attention it deserves because it is a unique set of recollections by nine people who witnessed and participated in the extraordinary events of a century ago.

It is based on interviews carried out by Griffith for his film and additionally on follow-up interviews by O’Grady, some thirty years’ younger than Griffith, and writer of the narrative that provides both the structure and the essential historical detail.

Notably, given that August marks the centenary of Michael Collins’s death, the comments about him are of overwhelming interest. Even those opposed to his signing of the Treaty that partitioned Ireland lamented his killing. Máire Comerford, for example, thought him ‘too fine a man to survive with the counter-revolutionaries who came after him.’

She also recalled the reaction of Ernie O’Malley’s to hearing of Collins’s death: ‘That’s not good news. That’s very bad news.’ Yet O’Malley, just three months before, had been commanding anti-Treaty forces inside the Four Courts when Collins, or at least someone close to him, ordered its bombardment.

When the ‘bad news’ reached Kilmainham Gaol, Tom Barry watched hundreds of anti-Treaty prisoners, fall to their knees to say the rosary for the repose of Collins’s soul. ‘It was completely illogical,’ he said, ‘but it showed a respect for the man.’

That respect is evident in many of the references throughout the book, a reminder of the anguish felt across the divide in the Civil War. Haunting many of the memories is one of history’s consistent questions: if only Collins had lived, would Ireland’s fate have been different?

Brighid Lyons Thornton’s story illustrates how rebels with a singular aim in 1916 were later confronted by political forks in the road that took them in different directions. Medical student, daughter of a Fenian, she was arrested during the Rising, acted as a messenger for Collins, and was then ‘shattered’ by the terms of the Treaty he negotiated. 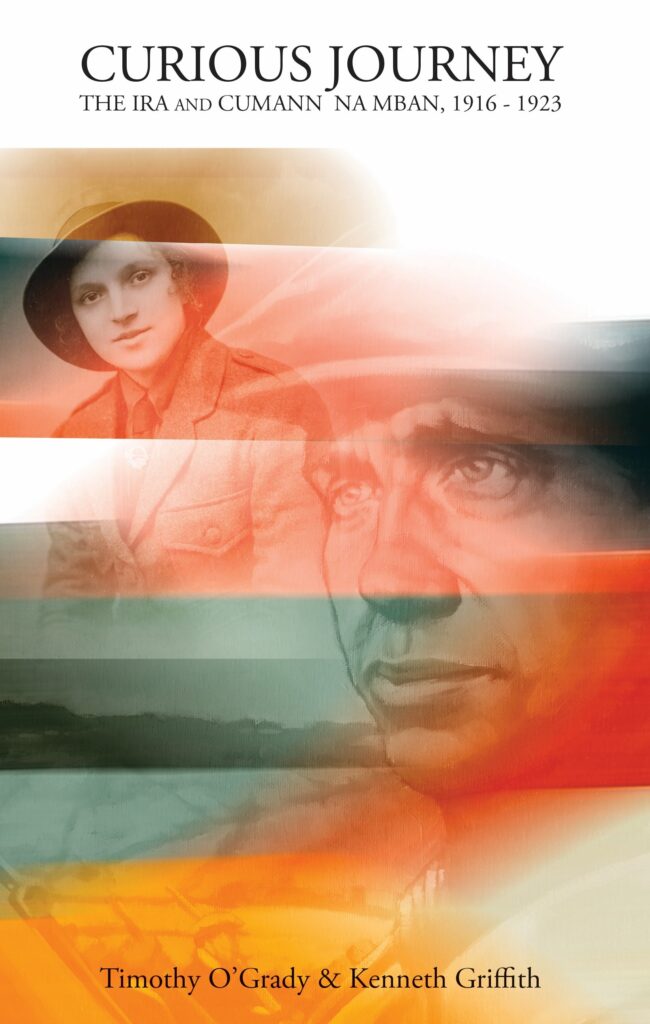 The new subtitle to the reprint, The IRA and Cumann na mBan, makes sense. It was Comerford’s entry point into republican politics, as it was Thornton’s. Their vivid and lucid contributions stand out, not only recognising their contribution to the struggle, but that of so many women comrades.

Yet she accepted Collins’s offer to be a medical officer in his Free State army and, in attaining the rank of first lieutenant, she became the first Irish woman to receive a commission in her own armed forces. She stood aside in the Civil War and went on to devote her life to the health service, dying in 1987, aged ninety-one.

Comerford took a very different route. She scorned the Treaty, initially sided with Éamon de Valera, broke with him after he established Fianna Fáil, but worked as a journalist for his newspaper, the Irish Press. Then, in the 1970s, she became a prominent supporter of the Provisionals.

She offered Griffith/O’Grady a clear-sighted criticism of the mentality which predominated in the Free State (and continues to do so) that Ireland was emancipated by the Treaty. In a series of rhetorical questions, she asked: ‘If a man is handcuffed or tied by the foot to another man… is he free? Can Ireland be held to be free while a portion of her territory is held?’

Those two curious journeys are straightforward compared to the intriguing tale of Sean Harling. A Rising veteran, he served, aged just seventeen, in the secretariat of the First Dáil, acting first as an aide for Collins, and then, at Collins’s request, for de Valera, he took the anti-Treaty side in the Civil War, but, according to his account, almost on a whim. When he was arrested by a Free Stater, a former friend, he told him that Collins’s death was ‘the terriblest blow I ever got.’

On his release, unaware that his inability to get a job was part of a covert police manipulation, he was pressured into acting as a spy within the IRA. His handler was another of the book’s interviewees, David Neligan, who said of Harling, ‘I felt sorry for the poor wretch.’

Harling, later suspected of being a double agent, spent time in America and when he returned to Ireland, he was cold-shouldered by many old comrades. The truth about his allegiances was buried with him at Glasnevin in 1977. The twists and turns of his story alone, echoing those of so many during and after the civil war, make this book worth reading.

* Curious Journey by Timothy O’Grady and Kenneth Griffith is published by Greenisland Press. It retails at £18 or €22 and is available from An Fhuiseog, Belfast, and the Sinn Féin Online Shop, Dublin