Days Of The Old Schoolyard 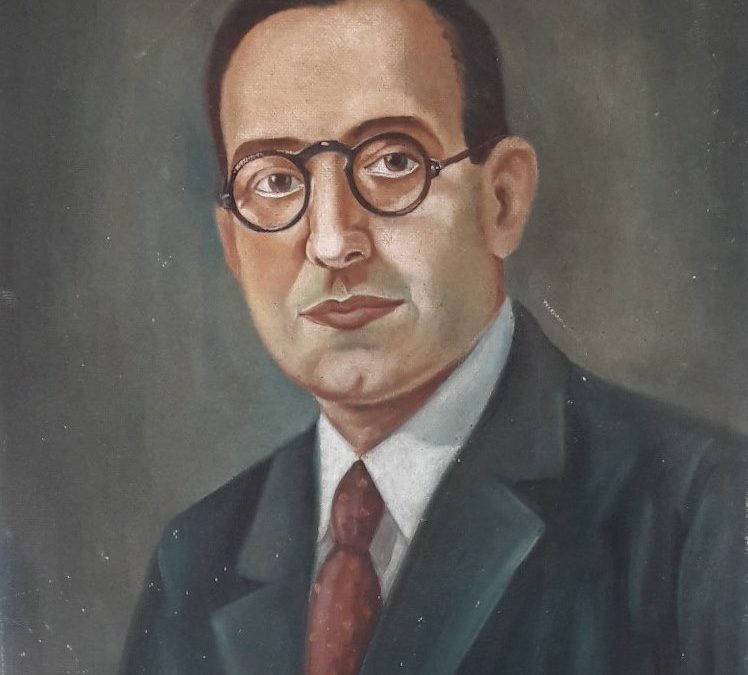 As Frank González and I got out of the car we could hear the squeals and laughter of young children enjoying their mid-morning break in the hot sunshine.

It reminded me of my old St Teresa’s, except no flag flew from a pole in our schoolyard and we never enjoyed such heat, unless it was from a strap or cane.

Here, the national flag is raised at 7.50am daily, in time for the arrival of the kids, and is lowered at 6pm.

The previous week, during my visit to Santiago’s Moncada Barracks (which houses both a museum and a school) it had suddenly begun raining. Immediately, the school caretaker rushed out and took down the flag – which is held in immense reverence. When the sun came out the flag was again hoisted.

This day, I was met at the front door by Elsy Pérez Hidalgo, the director (principal) of the school in the Vedado district of Havana. 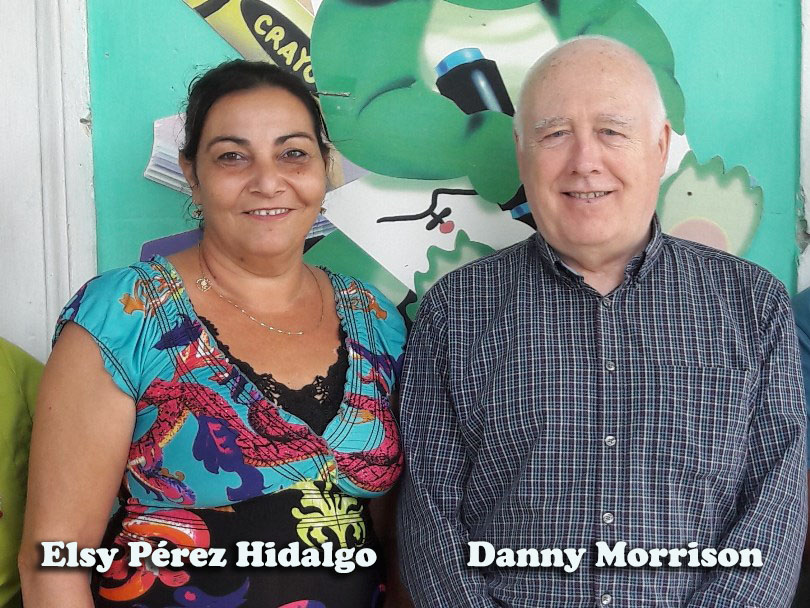 Before the Revolution this building housed a private school but now it is part of the national school system and is named after Arturo Montori Céspedes (see painting) who was born in Cuba in 1878, worked as a street cleaner to support his widowed mother and family but went on to become an outstanding Cuban educationalist and advocate of the national school system. He died in 1931.

Céspedes was also an ardent patriot and socialist. His painting hangs on the wall and there is a bust of him in the schoolyard although as Elsy and I chat and drink coffee, the image above her desk is that of Che Guevara. In other countries it could be the Pope, Queen Elizabeth II, Trump or Putin. Here, on display, are icons of revolutionary heroes. And that would be in keeping with the values espoused by Céspedes who believed that children should be taught the history of their country’s struggle for independence as well as local history and that they understand the economic needs of their neighbourhood, and concern themselves with its health and prosperity.

Through my interpreter, Frank, from ICAP (the international solidarity organisation which was part-hosting my trip), Elsy explained that the participation of families with the school is important and there are monthly teacher/parent meetings to discuss how the children are coping. The children themselves also nominate one of their own to represent them!

School hours are from 8am until 4.30pm. School dinners are free. Afterschool crèche is free. Parents have to pay for school uniforms which are compulsory but relatively cheap. No religion is taught. There is no corporal punishment. There is little or no truancy. No bullying, violence or aggression is tolerated in the school, even in games. Before the Revolution, 22% of those over the age of fifteen years were illiterate and 60% of the general public was semi-illiterate. The literacy rate is now 99%.

Elsy has under her charge seventy-one girls and seventy-six boys, aged between six and eleven, through Grades 1 to 6, studying music, maths, history, English, computers, art and PE. The classes are small and the most difficult subjects are taught in the mornings, with the afternoon periods being more relaxed.

The school has twenty-three teachers, though eight of these are part-time because they have returned to university for further studies, in line with another Céspedes’ ethic of lifelong education. (Third-level education in Cuba is, of course, free.)

Some teachers act as ‘classroom assistants’ to pupils who need dedicated attention. Others are sent out to the local neighbourhood to teach children who cannot make regular attendance because of disabilities.

Shortly after our arrival, eight-year-old Analía Santoz recited a poem for us which she herself had written about Fidel Castro, Che Guevara, Hugo Chávez and Camilo Cienfuegos. Her delivery was amazing and she used her hands and facial expressions to gesticulate the passion she felt, especially for the late leader of the Revolution.

Then, it was explained, that eleven-year-old Claudia Corcho Díaz would now sing a song about the weather in winter, written by the Cuban musician Kiki Corona.

I had to laugh at that because it was about 27°C in the shade and I was sweltering in my chair. Both very sweet and, like most of the children, came across as happy and contented.

I told Elsy about the Holy Cross dispute in Ardoyne in 2001, when girls on their way to school in North Belfast were attacked, and she was aghast. She said nothing like that would ever happen in Cuba.

She said: “Our children can walk safely to school and to home. And nor are there any guns on our streets.”

Gun crime is virtually non-existent in Cuba and mortality rates for violent deaths are below those of most Latin American countries. In the USA, on the other hand…

One of the major injustices inflicted on Cuba – and it’s in evidence in shortages and the limited range of goods available throughout the country – is the vindictive embargo against this small island of eleven million people by the USA on trade, commerce and financial transactions, and its restrictions on tourism. And all because Cuba dared to plough its own furrow and has evolved its own governance aimed at equality and a common wealth. Although cash-strapped and in no position to contribute financial development aid, Cuba instead sends thousands of doctors and nurses abroad and provides more medical personnel to the developing world than all the G8 countries combined.

The US embargo means that daily the Cubans struggle to make ends meet, in whatever sector they work. In relation to the Céspedes’ school there are always gaps in funding and you can see it in the lack of equipment – despite the fact that nationally the government spends a huge 30% of its GDP on primary education. Outings or sports trips are severely restricted. There are occasional shortages of equipment and supplies and the classrooms are basic.

Although the Céspedes’ building itself is solid, clearly it hasn’t seen a lick of paint in perhaps decades and the old schoolyard where the kids play is quite rough, the concrete cracked and broken.

But if the laughter of children is a benchmark of national well-being, then Cuba surpasses the test with flying colours, manifested in a nation of young, good, solid citizens who know the true meaning of hospitality and whose first question to a stranger is always, “Amigo, where you from?”