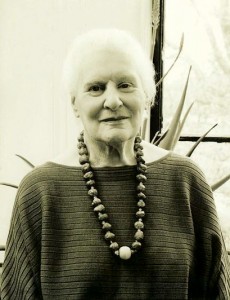 Just finished a wonderful book by the book editor Diana Athill, ‘Stet’. Athill explains the title: “By a long-established printer’s convention, a copy-editor wanting to rescue a deletion puts a row of dots under it and writes ‘Stet’ (let it stand) in the margin.”

The book is full of gossip about authors and Athill’s career at André Deutsch. There are little snippets, like this one on the subject of loving someone who doesn’t love you: “…experience had already taught me a good deal about broken-heartedness, and I knew that the quickest cure is lack of hope. If mistaken kindness allows you the least glimmer of hope you snatch at it and your misery is prolonged: but this man (this dear man whom I continued to like very much after I was cured) made it impossible for me to fool myself, so I was able to set about getting better without delay and in the end was left without a scar. But although the process was steady it was not quick, and for about a year I had nothing to take my mind off sadness but my work, so that my evenings were often desolate.”

There are pieces on V.S. Naipaul and Jean Rhys – both coming across as very dislikeable human beings and racist. However, about Rhys she says: “It never failed to make me marvel that in Wild Sargasso Sea she had, by adhering to her creed as a writer, transcended her own attitude.”

Re Naipaul she says: “It is natural that a writer who knows himself to be good and who is regularly confirmed in that opinion by critical comment should expect to become a best-seller, but every publisher knows that you don’t necessarily become a best-seller by writing well. Of course you don’t necessarily have to write badly to do it: it is true that some best-selling books are written astonishingly badly, and equally true that some are written very well. The quality of the writing – even the quality of the thinking – is irrelevant. It is a matter of whether or not a nerve is hit in the wider reading public as opposed to the serious one which is composed of people who are interested in writing as an art.”

Athill talks about her time in the early 1980s with Molly Keane in Ireland around the time that Good Behaviour was published.

“But in Ireland… much as I distrust generalisations about national characteristics, there’s no denying that most Irish people are more articulate than the English, appearing to see talk as a positive pleasure rather than a tiresome necessity. I don’t suppose I shared many more interests with my Irish hosts than I would have done with English ones (although I did know quite a lot about theirs) – but they were so much more lively and witty, and so much readier to start or to follow a new trail, than the people among whom I was raised, that whether or not interests were shared didn’t seem to matte. All the parties were thoroughly enjoyable.”

Yes, Ireland, where the remark at closing time is – where’s the party!