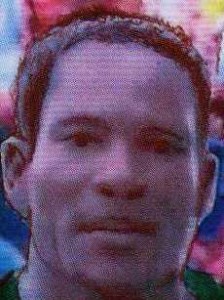 In Belfast today [6th March] I officially launched a book, an autobiography, by 34-year-old Diego Fernando López Jaramillo, a member of the Colombian guerilla group ELN, who is serving 40 years in La Modelo Prison, Bogota. The book was smuggled out of the prison by Jim Monaghan, one of the Colombia Three, and has also been published as Gaeilge.

It is a story of poverty and oppression and explains why the Colombian peasants have risen up against a tyrannical government which oppresses them with the support of successive US governments, despite corruption and the government’s and its allies’ crucial role in the cocaine industry.

Diego’s family and friends lived a hand-to-mouth existence, almost as serfs to the rich landowners. It is when he was studying at the age of 15 that he met students who belonged to JUCO, the Colombian Communist Youth. He joined the group, bringing up their membership to eight but their discussion and plans to demand union rights were seen as a threat and within a short period five of them were assassinated by Autodefensas Campesinas [AUC], organisations which were paid for by the ranchers and businessmen of the region. 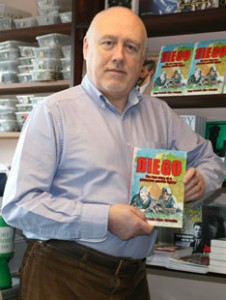 Terrified, Diego ran away. Then he received news that his two other friends were murdered and he decided to join ELN, the National Liberation Army.

In his book he describes combat, the death of comrades and enemy soldiers, the culture in the camps and liberated areas, and how, one day on a mission to town and while he is staying with a woman friend one of his grenades goes off killing her and blowing off both his hands. He was captured and imprisoned. It was in prison that he met Jim Monaghan who encouraged him to write his story. Using a pencil held between the two stumps where his hands used to be, he had just completed it when he was moved to another prison and it was destroyed. Months later he was returned to La Modelo and Jim Monaghan again persuaded him to write it down all over again.

This time it survived.

It is a very honest and modest book about the life of a Colombian Freedom Fighter and is worth every penny, some of which as pesos might just make their way back to him in prison and lighten his load.