Our Man In Angola 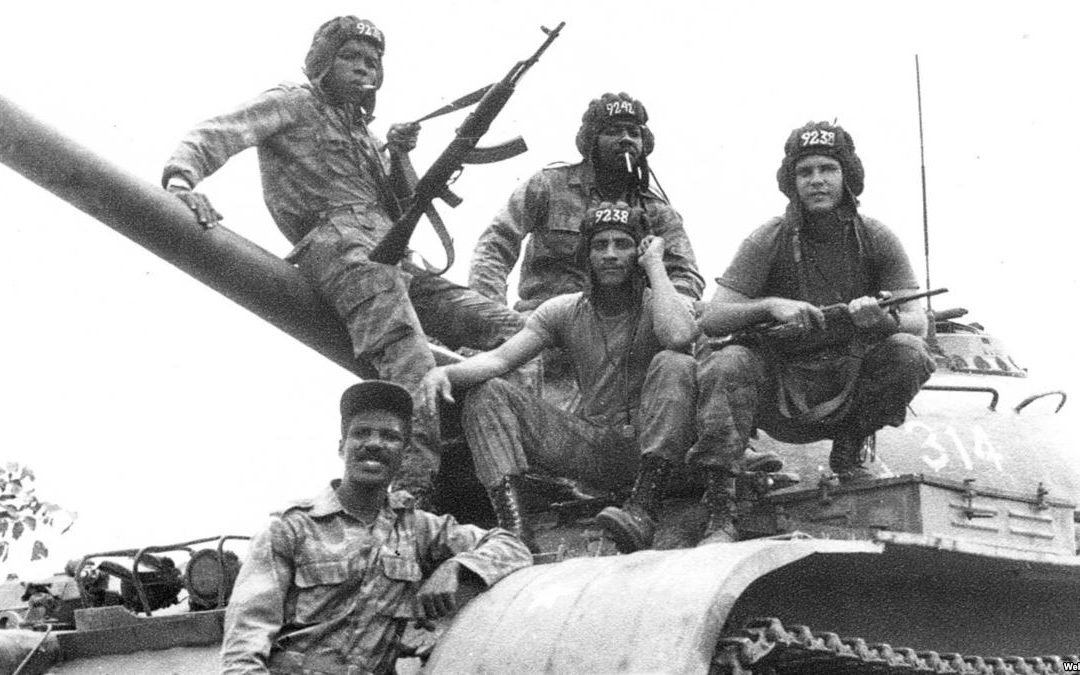 The vet lived across the street from Sean*. He was a vet by profession but also through duty and experience. Once lean, he no longer is.

Was his father a fan of the King, I asked.

When this was translated he laughed loudly then began singing with a voice that could have shaken the walls of Carnegie Hall:

Then he explained that his name, Elvis, is quite common in Cuba. 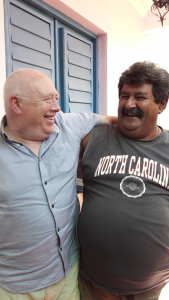 Elvis Inchaz Miranda left behind a wife six months’ pregnant and a young daughter, Nirka. It was twenty-seven months after her birth before he first held in his arms his second-born daughter, Yamika.

He volunteered for two years’ service in Angola, inspired by Fidel Castro’s internationalist call-to-arms, and because he was opposed to the South African apartheid regime’s attempts to overthrow the MPLA government in Angola which had won independence from Portugal.

He says he witnessed unbelievable poverty and degradation in Angola. But surely things were also bad in Cuba? No. Not so. Cuba in the 1980s was prospering due to its economic links with the USSR. However, after the collapse of Russian communism Cuba in the 1990s went through what is called ‘the Special Period’ and suffered huge food and power shortages. While life has qualitatively improved the punitive and vengeful US blockade and embargo continues to limit the full potential of this island of 11 million, fairly philosophical people.

I asked him if he had ever heard of a Portuguese army officer, Otelo Saraiva de Carvalho. He wasn’t sure. I said that I had interviewed him almost forty years ago and this is what he told me. As an officer in the colonial army, serving in Angola and Guinea-Bissau, it was his role in intelligence to interrogate captured guerrillas, including members of the MPLA. He, and like-minded officers who had interrogated FRELIMO guerrillas in Mozambique, came to the conclusion that the freedom fighters were right and that they were wrong! 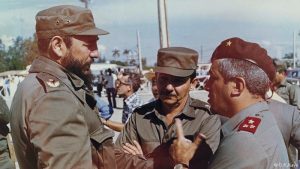 These radical left-wing officers returned to Portugal and organized a coup, known as the Carnation Revolution, and on 25 April, 1974, they overthrew Lisbon’s Caetano authoritarian regime, and began the withdrawal from the colonies. It was de Carvalho on a visit to Havana who told Castro that they had no objection to a Cuban intervention in Angola.

Several times South African forces invaded Angola, to destabilize the infant government, and to attack bases of the Namibian liberation army, SWAPO. The US financed and armed Jonas Savimbi’s pro-West Angolan guerrilla army UNITA which was opposed to the MPLA. President Gerald Ford had referred to Savimbi as “his man” in the conflict.

Over 2000 Cuban soldiers lost their lives in Angola. Cubans also piloted Russian MIG-17s and, of course, the Irish link is that South Africa, Israel and MI5 armed the loyalists in exchange for Blowpipe missile technology from Shortts in East Belfast, which South Africa was desperate to deploy against the MIGs.

For two years, from May 1984 until May 1986, Elvis was part of the Transport Brigade, driving 6 x 6 Russian trucks for up to 700 miles through enemy territory, supplying food and equipment to the front line. His convoys, which could consist of up to 100 military vehicles, experienced over eighteen serious ambushes. He lost many friends and comrades. In the longest ambush he was pinned down from 6pm until 4pm the following day after their vanguard was struck by mines. Angolan troops were also in escort but couldn’t engage in hot pursuit because UNITA left booby-traps along its escape routes.

On this occasion he was taking fire from both sides of the highway. They called in helicopters to retrieve the dead and seriously wounded, and special forces were parachuted into the bush to cut-off the retreating attackers.

I asked what he did when he was off-duty.

“We were never off-duty. We were there as ambassadors for the Cuban nation and its people. If you felt you couldn’t cope you could easily ask to be transferred home and this would be done. But I volunteered for the riskiest missions.”

He was awarded six service medals – including for Valour and First Class Internationalist – and is immensely proud of his soldiering. He recalls with pride the official ceremony in Havana for returning units, and the street party in Trinidad where he lives. From his small neigbourhood alone, twenty-seven young people volunteered to go to Angola. He is currently the President of the Association of Cuban Revolutionary Combatants for the municipality of Trinidad.

I asked him did he personally engage the enemy much!

Again that earth-shaking laughter when this is translated.

“Umpteen times! If I hadn’t I wouldn’t be here talking to you!”

*Sean Joseph Clancy is from Dublin but has been living in Trinidad, Cuba, for over ten years. He works for the Prensa Latina Information Agency, and writes for The Socialist Voice, The Dawn News, and Counterpunch