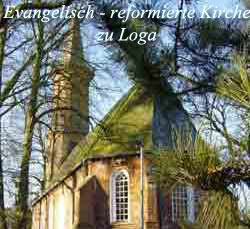 18th September – 23rd September. In East Friesia, Germany, on a visit to schools and colleges to address English Language and Literature students. Spoke at Aurich, Vocational School; Ubbo-Emmius-Gymnasium, Leer; Gymnasium, Rhauderfehn; Teletta-Groß-Gymnasium, Leer; Laurentius-Siemer-Gymnasium, Ramsloh; and Oldenburg. Discussed the books on their courses: ‘A Star Called Henry’ by Roddy Doyle and an anthology of short stories, ‘Journey Home’, with contributions from John Montague, Maeve Kelly, Ita Daly, John McGahern, Anne Devlin, Sean MacMathuna, Colm Toibin and Roddy Doyle. The young people were very bright and attentive if initially shy at asking questions. They were also very keen to hear about Ireland, the conflict and the peace process, my life, how I became a writer, from where do I draw my subjects and how I write and for how long daily.

My analysis of the short stories and ‘A Star Called Henry’ included, where relevant, the actual historical settings of the periods and circumstances covered by the stories, as well as the subjectivity of the authors who would have been influenced by their own political/cultural background and upbringing. Some of the short stories were actually badly laid out, with speech marks missing, which would obviously add to the confusion of the young readers coming to terms with a foreign language. Only one story, Anne Devlin’s ‘Five Notes After A Visit’ (set in 1984), was set in the North and there were no stories representing, for example, the experiences of the unionist community. Also, at the back of the book there is a section titled, ‘Some Significant Dates In Irish History’ which omits the 1981 hunger strike and the 1994 declaration of a ceasefire by the IRA.

The trip was organised by my German translator, Jörg Rademacher, along with whom I did a bilingual reading in a Reformed Church (Evangelisch – reformierte Kirche zu Loga) at the invitation of Pastor Ingo Brookmann. The passage I read, ‘Afterlife’, was an amended version of a chapter from ‘All The Dead Voices’. On my last night several of the schoolteachers – Sabine, Angela, Carsten, Claudia, Jörg and Ulrike treated me to a lovely dinner in a Croatian restaurant and we had a great evening.