Féile Over At Last! 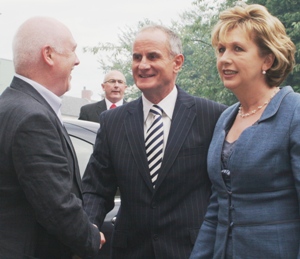 13th August. Just came across a brilliant site where you can access over two hundred short stories by Anton Chekhov .

12th August. Did interview with Ben Williams, a post-graduate student/researcher based at the University of Liverpool who is studying a thesis on “the impact of international relations on the Northern Ireland peace process”.

10th August.  Reading again ‘The Mental’ by Bobbie Hanvey which I would like to adapt for the stage. Am writing to him seeking permission.

8th August. Chaired meeting on the Basque Country with panellists Inaki de Juana and Arturo ‘Benat’ Villanueva, who are fighting attempts by the Spanish government to have them extradited from the North.

23rd July. Did interview with Aila Matanock, a PhD candidate at Stanford (USA), who is writing her dissertation on “why armed groups participate in elections, either in addition to or instead of using violence.”

22nd July.  Did interview with Maria Armoudian from Los Angeles, a political scientist and journalist who is working on a book about the media’s impact on conflict and inter-group relationships.

20th July. Gave John Cusack, actor and political activist, a tour of Belfast and later had dinner with him before he left for a family holiday in the west of Ireland.

14th July. Did interview with RoseMarie FitzSimons from the US who is researching a film on the Irish peace process.

13th July. Interviewed by Joe Austin on Féile FM re the forthcoming festival.