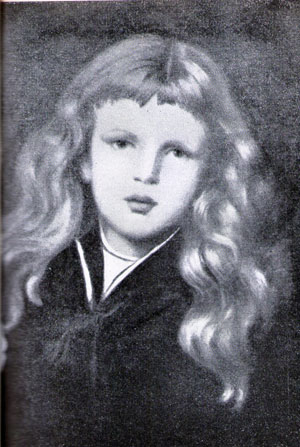 Finished G.K. Chesterton’s ‘Autobiography’. Mostly boring but with some notable things, some of which were quite funny. I always remember my friend Terry Devlin quoting Chesterton’s hyperbolic saying about the Irish:

For the great Gaels of Ireland
Are the men that God made mad,
For all their wars are merry,
And all their songs are sad.

Chesterton writes: “I have always felt it the first duty of a real English patriot to sympathise with the passionate patriotism of Ireland.” According to Wikepedia, Chesterton’s novel ‘The Man Who Was Thursday’ inspired Michael Collins with the idea “if you didn’t seem to be hiding nobody hunted you out.”

Anyway, my edition of the book (first published in 1936) was published by Arrow Books in 1959 which explains why it is falling apart but doesn’t explain the extraordinary number of typos throughout as if it had not been proofed. Given its poor conditon, I shall not be able to make it available on Green Metropolis.

I would love to know how a photograph of an oil painting of him, aged six, looking like a little girl got past him – or had he died before the book was published (he died in 1936)? Anyway! Quotes:

“A solemn friend of my grandfather used to go for walks on Sunday carrying a prayer-book, without the least intention of going to church. And he calmly defended it by saying, with uplifted hand: ‘I do it, Chessie, as an example to others.’ The man who did that was obviously a Dickens character.”

In the chapter, ‘How To Be A Dunce’, he writes: “I learnt during the period of what is commonly called education; that is, the period during which I was being instructed by somebody I did not know, about something I did not want to know.” In, ‘How To Be A Lunatic’, he parades his Catholicism (to which he converted from Anglicanism):

“I am very proud of my religion; I am especially proud of those parts of it that are most commonly called superstition. I am proud of being fettered by antiquated dogmas and enslaved by dead creeds (as my journalistic friends repeat with so much pertinacity), for I know very well that it is the heretical creeds that are dead, and that it is only the reasonable dogma that lives long enough to be called antiquated. I am very proud of what people call priestcraft; since even that accidental term of abuse preserves the medieval truth that a priest like every other man, ought to be called a craftsman. I am very proud of what people call Mariolatry; because it introduced into religion in the darkest ages that element of chivalry which is now being belatedly and badly understood in the form of feminism. I am very proud of being orthodox about the mysteries of the Trinity or the Mass; I am proud of believing in the Confessional; I am proud of believing in the Papacy.”

Some of Chesterton’s supporters are campaigning for him to be beatified!

He recalls some of the things he wrote when young, among them, a piece about “the scoffer as begging God to give him eyes and lips and a tongue that he might mock the giver of them; a more angry version of the same fancy. And I think it was about this time that I thought of the notion afterwards introduced into a tale called, ‘Manalive’, of a benevolent being who went about with a pistol, which he would suddenly point at a pessimist, when that philosopher said that life was not worth living.”