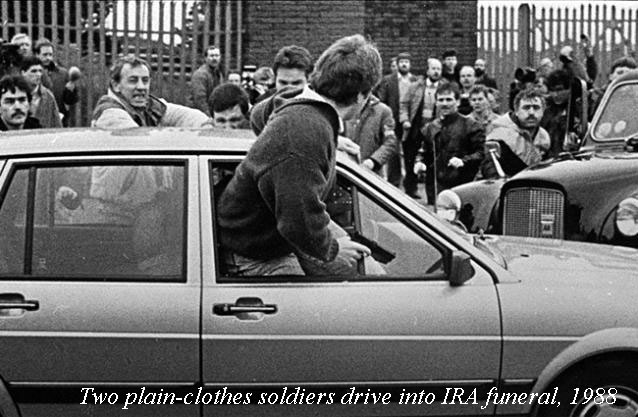 Wrote a feature for today’s edition of the Andersonstown News in response to the attacks by some journalists on Martin McGuinness and the issue of memory. It appears in the paper as ‘Conjuring Truth From The Tricks Of Memory’. Here it is:

“Can you talk about your marriage?” the author Philip Roth was once asked in an interview.

“It took place so long ago,” he replied, “that I no longer trust my memory of it.”

Fifteen years after his destructive marriage and its breakdown he recreated the bitterness, the rows, in his semi-autobiographical novel ‘My Life As A Man’, but now couldn’t unravel the actual facts of his marriage from his fictionalised account.

The travel writer Jan Morris recalling a meal during a wonderful visit to Australia in a chapter in her book had perfect recollections about her host, the bread and the pâté, the wine and the atmosphere. “I could see it all again so clearly: the dancing sea, the clear Australian sky, the green lawn; above us were the wings of the Sydney opera house, like a benediction over this experience.”

Only later did she remember that the Sydney opera house hadn’t even been built, yet it was there in her mind’s eye!

Last year the novelist Karl Greenfield admitted that after writing so vividly about a memory he had of lying in his grandmother’s arms when he was a young boy, remembering her “scratchy wool dress that smelled of mothballs”, couldn’t possibly have happened because – when he checked the chronology – he was only eight months old!

He comments: “A falsehood can be deposited in the brain and reinforced almost as easily as a true-life experience. Memory is fallible, we all acknowledge that.”

Unless, that is, you are a critic of Sinn Féin, in which case there can be no concession to human fallibility!

In 2007 Gerry Adams did a broadcast on the Big Think website. He was on remand in the H-Blocks during the no-wash protest in 1978 and recalled an incident where a prisoner led off a chorus of ‘Always Look On The Bright Side Of Life’ after a raid by prison warders.

Now, although such incidents were regular occurrences (and a defiant rendition of ‘A Nation Once Again’ in the aftermath of a raid is recorded in Bobby Sands’ poem, ‘The Torture Mill – H-Block’) this particular song hadn’t actually appeared in public until 1979 when it featured in the Monty Python film ‘The Life of Brian’. So Gerry was clearly wrong in his recollection. It remained a minor matter until two years later when his mistake was used to call into question his credibility.

I have known Gerry for almost forty years and there is no way would I ever enter him for a ‘Memory Man’ competition! In the same Big Think broadcast (though, interestingly, this wasn’t reported) Gerry cannot even remember the name of the song that for years he personally championed for use in Sinn Féin election broadcasts, Labi Siffre’s ‘Something Inside So Strong’. He even wrongly attributed authorship to Peter Gabriel!

Martin McGuinness was abroad when the Ombudsman’s report into the Claudy bombing was published last month, alleging that a priest, Fr James Chesney, was involved in the three car bombs which killed nine people there in 1972. Eight years ago, when Chesney’s name was first linked to the bombings, Martin said in a BBC interview that he did not know him. However, when Martin recently returned from holiday a friend pointed out to him that a republican sympathiser, a terminally-ill priest, who had asked to see Martin in Donegal thirty years ago, was actually Chesney.

Martin, of his own volition, issued a statement correcting his 2002 interview.

Unionist leaders who like to think they have a monopoly on the truth and a monopoly on suffering (though they suffer, mainly, from no longer having a monopoly on power) were quick to adopt their usual self-righteous position.

Adams replied: “It isn’t a sin, a crime or an offence to forget about something”, and he reminded unionists that they had done a lot of forgetting about their shadowy pasts and links with loyalist paramilitaries.

Gerry should have also directed his comments at certain journalists. Judging by the ‘Chesney’ rules on burden-of-proof, how do we know that the ones who crow and taunt the most are not mischievous British agents? Why would MI5 or MI6 just stop short at infiltrating the mainstream movement, loyalists and dissidents, when they could play out division on a much broader canvass?

Republican opponents thought they would have a field day with McGuinness but then a further twist came from an unusual quarter – Denis Bradley, no friend of the Republican Movement. Bradley, co-author of the Eames-Bradley report  ‘on the past’, revealed that he “was not surprised” that McGuinness had “forgot” meeting Chesney as he himself was now only recollecting that he too had met him on three or four occasions, and, like McGuinness, was not aware of any link to the Claudy bombings. He said it was not “common knowledge at that particular time.”

Karl Greenfield, quoted earlier, also wrote: “every story starts with memory – an image, an idea, a fragment of a conversation, that is added to or subtracted from, until finally some version that feels like the truth emerges. Truth here is relative – if we don’t have an accurate, contemporaneous record of the events we are describing, then truth is the most plausible story our memory, or collective memories, conjure.”

Reviewing ‘The Lost Revolution: The Story of the Official IRA and the Workers’ Party’ the Andersonstown News quoted from the book an incident in 1988 when two British army corporals were killed after driving at high speed into the funeral of IRA Volunteer Kevin Brady. Official IRA activists were summoned to a meeting. Some of those present, and who became disgusted, attest that they were shown what were clearly British army photographs of the mourners and were asked if they could identify them by a “leading Group B intelligence operative”.

Wouldn’t just love to know what leading Group B intelligence operative works at today and whether he can remember what he was doing 22 years ago?