How Was Your Flight? 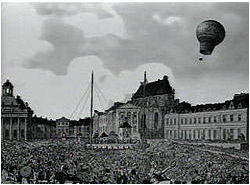 Only recently found the manuscript of this short story which was broadcast on BBC Radio 4 in July 2000. It was inspired by a story I read in my youth, ‘A Tale of Terror’ by the British writer Thomas Hood, first published in ‘The London Magazine’, 1821

Richard found his seat, opened his briefcase and took out a book. He reached up and placed his briefcase neatly to the right in the overhead locker, followed  by his overcoat set carefully to the left and shut the locker. Most passengers had already boarded but there were still a number of vacant seats. At check-in he had tried to get a seat beside the window but had been told they were all taken. He glanced at the passenger occupying that seat, a middle-aged, silver-haired man wearing what appeared to be a lumber-jack shirt. It seems he had been waiting to catch Richard’s eye.  [Read on…]