In Search of Madness 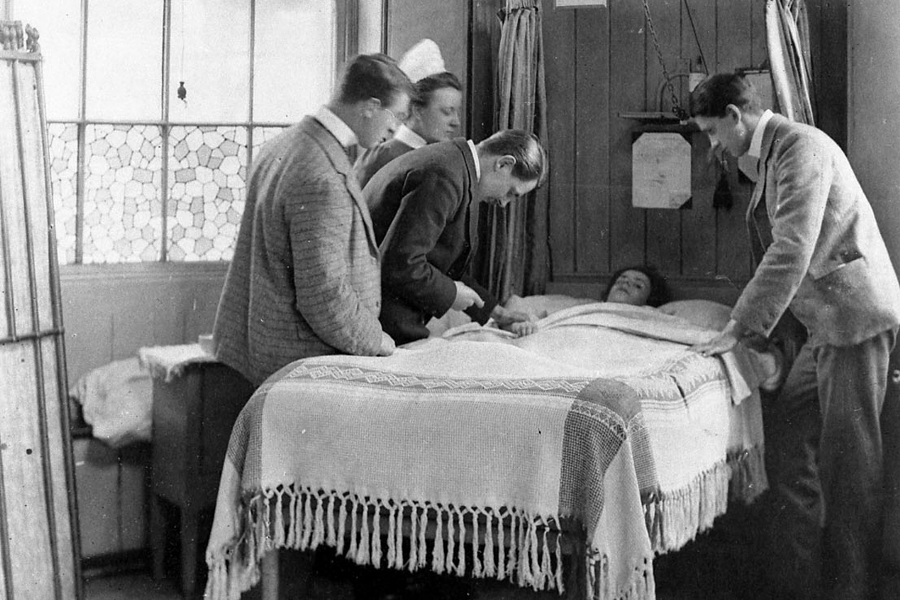 My review of Professor Brendan Kelly’s book, In Search of Madness – A Psychiatrist’s Travels Through the History of Mental Illness, was published in the Weekend Section of last Saturday’s Irish Examiner. Here it is:

‘At the age of 20, Helen presented to the hospital in a paranoid state, saying that her neighbours were sending her signals through the window … she said her phone was tapped, passers-by could read her thoughts …’

‘Alison broke down and told her GP that she could ‘hear’ a man telling her to kill her baby. The man’s voice was very clear and came from outside her head … She could not understand why other people could not hear him.’

‘“What happened in the Richmond in 1952 that helped you so much?” I ask, fascinated. “That was when I had my lobotomy,” James says. It was the best thing that ever happened to me.”’ 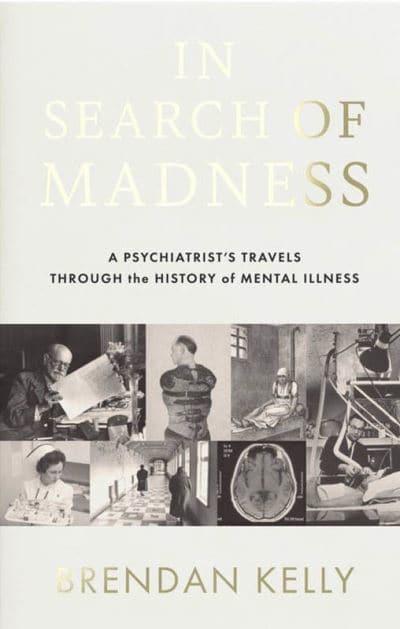 Each chapter in Professor Kelly’s book opens with an anonymised case history and closes with how the patient progressed. Sometimes treatment is successful, other times the outcome is not so good such as the occasion when one of his outpatients, an addict, overdosed and killed himself, leaving the doctor with having to inform the man’s poor family: ‘Later that morning, and not for the first time, I shatter someone’s world.’

These stories and the fact that although comprehensive and scholarly the textt never overawes make the book especially accessible to the general reader, but also appealing to the medical student and to others in the profession.

The term ‘madness’ itself is now contentious and pejorative but apposite in the context of this book dealing with history, myth, experiment and modern practice. It is shameful what society has inflicted on the afflicted.

‘Who is “mad”? How can we know who is mentally ill and who is not?’ Societies, authorities, governments have used accusations of insanity to demonise, imprison and slander political opponents. Families have abused the practice of involuntary psychiatric care, ‘sectioning’ relatives because they were either troublesome or embarrassing. In darker periods ‘the mad’ were believed to be either directed by the divine or possessed by the devil. The instinct was to repress rather than treat. To constrain, to chain, persecute, beat, ostracise, cast out, neglect. The Nazis euthanized the mentally ill and intellectually disabled along with other unwanted or ‘unproductive’ members of society. In other times victims were treated by blood-letting; administered emetics to cause vomiting; injected with malaria parasites in the case of patients suffering from advanced syphilis of the brain; injected with insulin to induce comas (extensively used in Ireland for a time) and, of course, subjected to lobotomy, once hailed as the answer and despite the opinion of James (above) now considered to be brutal: ‘without doubt, the single greatest mistake in the history of psychiatry,’ says Kelly, which has left a lasting stain. One of its proponents, a Portuguese neurologist, actually shared a Nobel Prize for his work in 1948.

Kelly’s journey through this history of mental illness (including depression, suicide and self-harming and other distinctions around mental well-being) takes him across the world to different nations and how they have responded or developed treatments. The first mental hospital was reputedly built in Baghdad in 705. St Patrick’s in Ireland was founded in 1746 following a bequest by Jonathan Swift. The proliferation of asylums in the nineteenth century often proved fatal as infectious diseases such as TB were rampant, and often killed up to a tenth of patients.

In 2018 India introduced legislation placing a strong focus on treatment in the community rather than through institutions. The law now states that ‘every person shall have a right to access mental healthcare and treatment for mental health services run or funded by the appropriate government.’ Kelly also singles out for praise the psychiatrist Franco Basaglia whose controversial call for an end to institutional care and the closure of asylums became law in Italy in 1978.

Psychiatry emerged as a profession, particularly as a result of the work of Sigmund Freud, now often viewed as an outdated fossil. Despite many of his techniques and methods being called into question, psychoanalysis took root, particularly in the USA, and came to dominate the field of psychiatry. Kelly approvingly quotes the late Dr Anthony Clare’s view that psychoanalysis, despite its enduring allure, is irrelevant to the treatment of severe mental illness. This is distinct from the most commonly used treatment for depression, cognitive behaviour therapy (CBT). Depression, according to the World Health Organisation is the leading cause of ill-health disability worldwide.

I was fascinated by the observations of Dr William Halloran working in Cork Lunatic Asylum who in 1810 linked the societal origins of depression, the incidence of ‘incurable melancholia’, to the defeat of the United Irishmen’s 1798 rebellion and the communal fear and the unstable political situation which followed. The psyche of those people whose cases he dealt with were ‘accompanied with a consciousness of guilt, and the dread of punishment; or with sufferance from the loss of character, or property and of dearest relatives.’

In many ways these observations prefigured the work of the activist and brilliant clinician Frantz Fanon from the French colony of Martinique who before studying medicine had joined the Free French Forces in 1943 and subsequently developed an interest in psychiatry.

Fanon joined the FLN during the anti-colonial struggle against France for Algerian independence. Fanon is famous for two books, Black Skin, White Masks which emphasised the devastating effects of colonisation on the human mind, and The Wretched of the Earth, which is about the dehumanising effects of colonisation upon the individual and the nation. Fanon treated both the tortured and the torturers and found that many French psychiatrists were willing to provide scientific justification for torture as ‘a peace-keeping tool’.

Fanon makes the connection between colonial war and mental disease. The slave mentality and self-loathing which conquest gives rise to lingers long after the end of occupation and can manifest itself in a variety of hypocritical attitudes towards the past – and the present!

Professor Kelly enumerates the diagnostic tools available today, though regrets that neuroscience has failed to deliver and has not revolutionised psychiatry. He is a proponent of electro-convulsive therapy (ECT), first used in Cork in 1939, and which has been significantly refined over time. Used with anaesthetics and muscle relaxants it is safe and efficacious but can have side effects regarding memory loss. Like many treatments, he says, we don’t know how it works but it does. Similarly, chemical changes in our brain associated with depression are still not properly understood because, after all this time, our knowledge remains limited.

Regarding the debate around antipsychotic medication and their adverse effects he argues that those are outweighed by the compelling evidence of clear benefits, including reduction in death rates of those suffering from schizophrenia.

On the issue of cannabis usage, he is forthright and says that it presents a systematic risk to mental health. He quotes a 2017 US report which states, ‘the higher the cannabis use, the greater the risk of schizophrenia and other psychoses.’ The number of people admitted to psychiatric hospitals in Ireland with cannabis related diagnosis has trebled since 2002. Cannabis can make depression worse or bring it on. It is associated with self-harm and suicidal behaviour. Young cannabis users are three times more likely to attempt suicide than non-users. 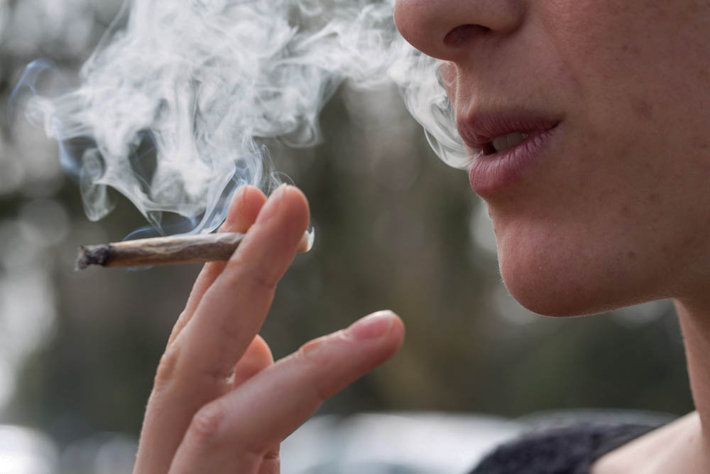 In its exploration of the history of mental illness this is an outstanding book. In the final chapter Kelly publishes his Manifesto for Change calling for better funding, more housing, the reform of criminal law, court procedure and prison policies. Many of the excellent points he makes should make their way into other manifestos.

In Search of Madness – A Psychiatrist’s Travels Through the History of Mental Illness by Brendan Kelly, Gill Books, @ €19.99 p/b