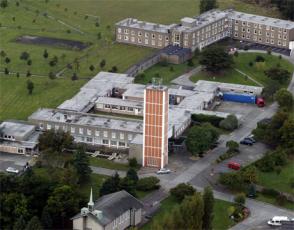 Today, for some reason, I am remembering an old friend whose death I learnt about three years after it occurred, not that I would have been able anyway to have attended his funeral, seeing that I was in jail. James Nolan is now dead twenty years. I first referred to James in my prison letters which were published in a collection in1999, Then The Walls Came Down. Here is the piece I later wrote in tribute to him:

One day in the early 1960s James Nolan was working outside Monaghan on the tracks of the Great Northern Railway. He was in his mid-twenties, and was married with three young daughters. It began raining and he took shelter under a disused water tank, opened his lunch box and began eating his sandwiches.

Afterwards, he finished his day’s work and went home.

The next day he was running a temperature and felt aches and pains and couldn’t go to work. His wife called the doctor. He examined him, diagnosed that he had a bad dose of the ’flu and gave him a penicillin injection. Almost immediately James’ body went into spasms and the doctor realised that something was seriously wrong. He was rushed to a specialist hospital, Cherry Orchard in Dublin. But it was too late.

The consultant probed James about what he had been doing recently and concluded that a drop of water contaminated with the polio virus had probably fell from the tank into his sandwich as he was eating. The family doctor had unwittingly spread the polio rapidly through his body when he gave him the injection. He was paralysed from the neck down and had to be placed in an iron lung – a frightening, tomb-like metal capsule. Because he required special treatment and because of the limited resources in those days James would have to stay in this ward, in this hospital, fifty miles from his wife and children, for the rest of his life.

It was a blow that could have felled the strongest of persons. His muscles eventually wasted but fortunately, and with the help of private donations, a special air-pump was bought. He had a tracheotomy and a plastic tube ran from this machine which pumped air into his lungs, making an awful piston-like sound every three seconds and could be heard in the corridor. Because he had no power he couldn’t cough and every half-hour to prevent him from drowning in his own fluids a nurse had to put a tube down his throat and suck out the mucus which you and I normally clear with a subconscious harrumph.

And so he lay in the same bed, looking out a casement window which had a limited view of a green field which lay sparse and grey for the six months of an Irish winter and which came to life in the summer when travellers’ kids raced their ponies up and down. He was in that bed when Kennedy was assassinated, when the Beatles were first heard of, when the civil rights marches began here in 1968, during internment, when the Yanks withdrew from Vietnam, and when hunger strikers died in the H-Blocks.

I was in the next ward to him, or rather, a room, because with hepatitis I had to be isolated from the other patients. But when I improved I was allowed to mix and hearing that he liked to play chess I sat with him in the afternoons and at nights. When I first said hello he whispered – even though no one else was in his ward – “I know who brought you in. It was David O’Connell. I recognised him.” I smiled. He said. “Lift up my pillow.” I lifted it up. “See what it is,” he said. It was ‘Prison Poems’ by Bobby Sands. “That’s the way I think,” he said.

We became good friends and he was great company, always laughing even though his eyes were permanently glassy and you thought he was going to burst into tears. His family were grown up and his wife still made the long trek to visit him but he relied on an old man from Ballyfermot who three nights a week smuggled in a noggin of Powers which James sipped through a straw. On his wall was a picture-board with his proud collection of postcards from across the world that people had sent him. From places that he would never see. He prayed several times a day and looked forward to receiving the Eucharist. He was so full of humility that you had to keep reflecting on your own dismal standards and values.

The televisions in Cherry Orchard were small, black and white sets, except for James which was a colour TV and which he had bought. It was the day of  Di and Charles’ wedding and many nurses and doctors gathered at the bottom of James’ bed, assuming it would be okay to watch the live broadcast in full colour. Not a bit of it! James announced that they should all be ashamed of themselves and that as long as men were dying on hunger strike nobody would be watching a royal wedding on his TV!

I got out in early August and promised James I would be back to see him and did so about twice a year. On one occasion Gerry Adams came with me and you would have thought James had won the Irish Sweepstakes’. Anytime I went abroad I would send him a postcard and when I went to jail I wrote him a letter saying that there would be no postcards for a while. I wrote him letters for over five years and just before my release asked a friend in Dublin to phone Cherry Orchard to find out how he was keeping, because, of course, James wasn’t physically capable of replying.

At first the receptionist didn’t understand who my friend was inquiring about, but asked her to hang on, and then came back a few minutes later to say that James Nolan had passed away three years earlier.

I received the news as if he had just died, with a sense of shock and sadness. But I smiled as I remembered the TV incident and James’s freedom of spirit and its expression in a small act of solidarity with people imprisoned like him, that July all those years ago.