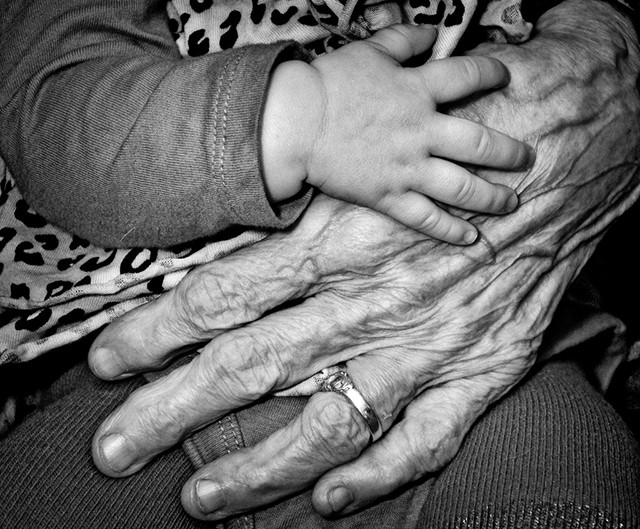 Every year Japan sets aside a day to mark ‘Respect for the Aged Day’. I think it is something that legislators in Leinster House and Stormont should consider, even though symbolic, as a measure of raising awareness about our elderly citizens. Here is a newspaper feature I wrote in 2004 on the subject.

Who can remember when aged around ten or twelve looking at someone in their twenties or thirties and thinking: wow, how old, it’ll be a thousand years’ time before I’m that age!

But the years dash in and through you. Constantine Cavafy, in his moving poem, ‘The Old Man’, described the time between youth and old age as “so brief an interval”.

And he thinks how Discretion fooled him,
How he always believed, so stupidly,
that cheat, who said: “Tomorrow. You have plenty of time.”

Lennon and McCartney were actually in their mid-twenties when they jokingly and affectionately wrote in one of their songs, “Will you still need me, will you still feed me, when I’m sixty-four.”

Sixty-four! No one is old at sixty-four nowadays. Most still cater for themselves at home; often look after grandchildren while parents work; and many of their coevals are still around to talk about times past. But quite soon the clock catches up and those blessed with longevity are cursed with infirmity and frailty.

To be old: voiceless, except for a reputation for moaning and groaning about knees and hips and joints; and forgetful, especially if the memory remains unexercised. To be old: often depicted on television as comical, stubborn, eccentric, foolish and troublesome. To be old: afraid of doctors, afraid of hospitals. Afraid of being thought a hypochondriac or, worse still, afraid that something might show up to be serious, requiring a stay in hospital. Old people use to say that if you went into hospital you didn’t come out or came out sicker and we laughed at and ridiculed them. Turns out there was something to their fears when you consider that hospitals have been discovered as breeding grounds for deadly superbugs.

I don’t know if they still organise visitations but when we were sixteen or seventeen some mates – Paul Kerr, Francis Duffy, Micky McGuigan, Jimmy O’Neill, Ciaran Collins – and I were in the Legion of Mary, attached to the Morning Star hostel in Divis Street, and one of our duties was to visit old people around the Loney. There was Willie Timony from Slate Street; Mr McCarthy from McDonnell Street, a Mr Tipping from Merrion Street and Bobby Hannon, amongst others. For some, we wrote letters; for others, we ran messages, or set the fire, or repaired their radios and TVs, or contacted the chiropodist, Kevin Flood from Divis Street, who came out and often gave his services for free. 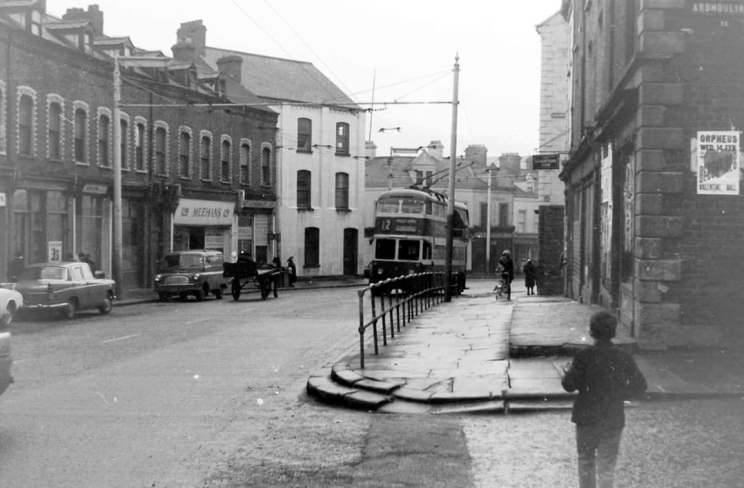 To them all we listened because what they had to impart was the wisdom of experience distilled through a mind no longer restless, old age having liberated most of them from envy, hatred and malice. Pope John Paul described the elderly as “the guardians of our collective memory, and thus the privileged interpreters of that body of ideals and common values which support and guide life in society.”

We got a great kick out of the stories these old people had to tell, which was about their lives and the history of the area. Sometimes they would become particularly animated as something savoury from the past ranged through their mind’s eye and they would chuckle or smile and enjoy being persuaded to reveal all.

When activity isn’t left to them, all that is left to the elderly is talk. Bobby Hannon, who died thirty years ago, graphically described to us the terror of Catholics in West Belfast when partition was imposed. Mr McCarthy told us about the time Joe Devlin supporters attacked his house in McDonnell Street because he had a Dev poster in the window!

Two generations ago old people, by and large, lived out the autumn of their lives attended at home or as a welcome fixture in the family home of a son or daughter, their spouses and children. Attitudes change. Faster lives, materialism, has impacted on values, resulting in a cultural shift, not least in the flourishing of residential and nursing homes which care for our elderly.

Anyway, this was an idea that my wife came up with, so I have no claim to originality. As we all know, there is a Mothers’ Day and a Fathers’ Day – which fall on Sundays and which focus people on honouring their parents. In 1978, US President Jimmy Carter even proclaimed a National Grandparents Day to fall in a Sunday every September when there are family reunions which allow grandparents to relate stories of their past.

But while everyone is a grandchild not everyone is or will be a grandparent and there are many elderly people with no living relatives to visit or talk to them, wherever they reside. True, day-care centres provide wonderful, albeit limited opportunities for the elderly to meet with and talk to others. But their existence should not be an excuse for us to avoid our own responsibilities. Even the best of professional nursing or residential care, three square meals, day outings, spacious sitting rooms and the provision of multi-channel cable television cannot substitute for someone to talk to, to be a good listener. 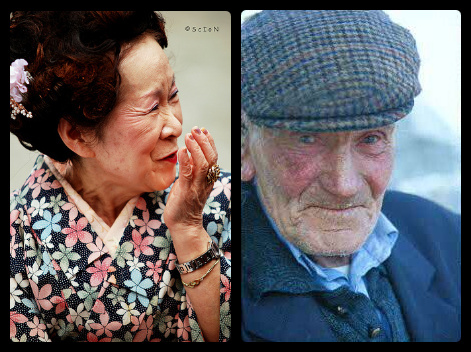 My wife’s idea is that a day should be set aside similar to September 15th in Japan, a national holiday called Keiro no Hi which means Respect for the Aged Day. In Japan the elderly have been traditionally esteemed and valued. On Keiro no Hi people show respect to these long-time contributors to society and celebrate their longevity. They pray for their health and consider how welfare services can be improved. In schools kids draw pictures or make handicrafts to present to their grandparents or residents of nursing homes.

So, the point of having some Sunday set aside as Respect for the Aged Day is not just that we have a particular day when we can shower them with flowers and chocolates and a speedy trip to the seaside and back. It is to raise overall consciousness about the elderly for the other three hundred and sixty five days in the year. If they are alone we should visit them; if they have no family we should befriend them; and at all times we should respect them.

Recent brutal and heartless attacks on old people across the North may be individualistic but they didn’t happen in a vacuum, are a sign of the times, and indicate that somewhere along the way our society lost an important value – the veneration of the elderly – which it is not too late to attempt to recover and enshrine.