Knowing When to Say When 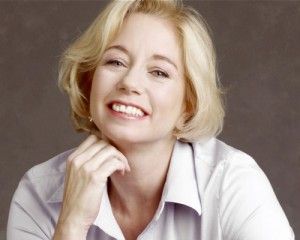 Yet another interesting feature on writing from the pages of today’s ‘Washington Post’. ‘Knowing When to Say When’, in which a writer of crime novels contemplates killing her ace PI.

Would-be novelists need to bring equal parts arrogance and ignorance to the task before them. The arrogance is almost self-explanatory. Walk into any bookstore or library, calculate how many lifetimes the average person would need to read all the fiction contained therein. To think that one has anything to contribute, to any genre or tradition, takes genuine hubris.

But the beginning writer requires ignorance, too, especially when it comes to the long odds of a long life in publishing. (And I’m afraid I’m one of those old-fashioned types who thinks a novel should be edited and published by a third party and that the writer should receive payment for the enterprise.) I’ve been publishing for more than a decade and actually had a pretty good time of it, but the industry seems perpetually insistent on telling new writers that they have arrived very, very late for what was never a great party to begin with. No, ignorance really is bliss when it comes to the business side of publishing. In fact, if you’re an aspiring novelist who knows what co-op and sell-through are, I’m afraid all hope is lost. It’s a bit like being a cow who has studied the building specs for the slaughterhouse, or been asked to proofread the menu copy for the steakhouse. Oh, I am going to taste lovely!

Lucky me, I had arrogance and ignorance in endless supply when I sat down in the spare bedroom of my small North Baltimore house to create Tess Monaghan. I still own the Roaring Spring composition book in which Tess first appeared. In that version, we are the same age (32), and she addresses the reader directly. Tess later shed the first person and several years, while demonstrating an uncanny talent for aging at her own leisurely pace. Yet in all other respects, she is in that draft as she would be when she appeared in print six years later, in 1997. Bullheaded, loyal, mouthy, with a rower’s broad shoulders and a long braid that required no upkeep.

“My name is Theresa Esther Monaghan,” she announces. “In childhood I was Tesser or Tester, sometimes Testy. At home, I was Theresa Esther. Now I am just Tess. . . . At 32, my life is still defined by what I am not, what I don’t have. I am not Jewish, nor Catholic. Not: married. Not: a newspaper reporter, which is all I could imagine being once. Not: successful.”

Since I inked those words onto the lined pages of my notebook, I have written 10 novels, one novella, six short stories and an ersatz profile of Tess, about a million words in all. The books have been translated into almost 20 languages. I have seen her as imagined by the French (shapely, gorgeous), the Japanese (a wry cartoon figure) and the Russians (a Photoshopped Tiffani Thiessen). She has literally kept a roof over my head and even thrown in the kitchen of my dreams. I spend more time with her than almost anyone in my life, with the possible exception of my spouse. She is the childish thing that too many adults are duped into putting away: a very satisfactory imaginary friend.

And yet — many would have me abandon her. “I know people who would be very happy if you never wrote another Tess Monaghan novel,” said a well-respected critic who is also a friend. An interviewer, perhaps cognizant of Arthur Conan Doyle’s failed attempt to kill Sherlock Holmes, asked: “Is [she] a burden or a blessing?”

You see, in addition to those million words about Tess, I’ve written another almost half-million about a world that has nothing to do with her. While Tess works the grimy streets of Baltimore with palpable affection for her hometown in all its glorious dysfunction, a handful of beleaguered cops and lawyers and social workers roam the area’s suburbs with considerably less joie de vivre. These works are called stand-alones, an industry term for crime novels that don’t fall within a series.

It’s hard to say which is more successful. Actually, it’s not. Commercially, my best-performing book is clearly the non-Tess title What The Dead Know. And although I’ve always enjoyed a fairly pleasant relationship with reviewers, the critical notices for the stand-alones tend to top Tess’s. Hence, the suggestion that I drop Tess, the concern that she’s a burden.

The conventional wisdom is that writers must choose between series or stand-alones. Only a handful of crime novelists get to do both, and, for some reason, I’m one of them, at least for now. When other writers ask me how I managed this feat, I fall back on a joke: The trick, I tell them, is to not be too successful at either.

The more accurate answer would be that a writer who wants to balance a life between series and non-series books needs them to be equally strong, like complementary muscles, lest one throw the other out of whack. This, however, is primarily a commercial consideration, shaped by the indifferent computers that track sales records. What if the writer needs to produce both kinds of books for — I cannot believe I am about to type these words — artistic reasons? What if I am genuinely torn between the ruefully optimistic perspective of Tess Monaghan and the bleaker sensibility that haunts what I think of as my suburban noir novels? I could not have gone straight from “What the Dead Know” to another stand-alone because I never would have stopped weeping. Yet if I wrote nothing but Tess novels, I would feel a similar imbalance.

Ultimately, the relationship between a writer and series character is personal, not unlike a marriage, and perhaps it would be wise for others to refrain from comment. I will write about Tess — or not write about Tess — as I see fit. Those books will be published — or not published — according to market vagaries outside my control. But I will forever be linked to that young woman who began life in a Roaring Spring composition book. I am her Dr. Watson, her Sancho Panza, her Boswell, and a million words don’t begin to tell her story.

Make that: Our story.