John Hedges, editor of An Phoblacht interviewed me about the writing of West Belfast. The interview appears in the latest print edition of the newspaper. Here it is:

A Story of a Community in Struggle 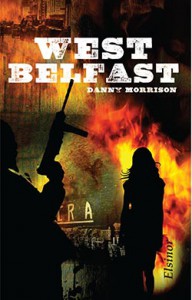 Danny Morrison always wanted to be a novelist, from when he was around 15 or 16 growing up in Belfast. Being interned got in the way. He became embroiled in the struggle against the gerrymandered unionist statelet and the props which held up the Stormont unionist regime, the Royal Ulster Constabulary and the British Army.

“I wanted to be a writer and then the Troubles came along,” Danny smiles ruefully talking to An Phoblacht in Dublin.

Danny’s desire to tell stories was overwhelmed by the real-life story of the conflict in the Six Counties. Now he is an accomplished and critically-acclaimed author of several novels. But it took a while coming.

Two years after he was released from Long Kesh, at the age of 22, he became editor of Republican News, which was later to merge with An Phoblacht. A few years after that, he was Sinn Féin National Director of Publicity, a post he held for 11 years. “Whatever putative talent I had for writing and speaking,” Danny recalls, “was poured into the Republican Movement.” Amidst all this, he was elected to the Assembly for Mid-Ulster in 1982. Danny lost out on the Mid-Ulster Westminster seat at the general election in June 1983 by 78 votes to the Democratic Unionist Party’s William McCrea. (He also stood twice in the European elections, in 1984 and 1989.)

In 1986, he had begun secretly writing West Belfast.

“I was too embarrassed to tell people I was writing a novel,” he says, thinking that some might ask ‘Who does he think he is?’. “The only people I told were my then wife, Sandra, and Gerry Adams, both of whom were very supportive, especially Gerry who had just published Cage 11, based on stories he had sent out to me when I was editor of Republican News.

He had risen to prominence as possibly the most articulate, engaging and down-to-earth republican spokespersons in the 1980s. He became the spokesperson for the H-Block prisoners and the Hunger Strikers on the outside.

A gifted communicator of the republican message, he became even more famous for his call to the 1981 Sinn Féin Ard Fheis: “Who here really believes we can win the war through the ballot box? But will anyone here object if, with a ballot paper in this hand and an Armalite in the other, we take power in Ireland?”

He smiles at memories of that moment because, in exploring the way the struggle was progressing and the military stalemate between a well-armed IRA and the British Army (who had admitted in secret documents it could not defeat the IRA), he became one of the early advocates of the Peace Process and remains one of its staunchest defenders.

Arrested
Danny was arrested in January 1990 in connection with the abduction of Sandy Lynch, an IRA informer, and sentenced to eight years. It was just three weeks after West Belfast was first published so he had no chance to discuss it and get feedback, good or bad, and use that to develop his style. Needless to say, a promotional tour was no longer an option.

In prison Danny complemented his fiction writing by penning a column (‘Radio Times’) for An Phoblacht from prison.

“When I came out of prison, the IRA cessation had been called and I was ready to get stuck in again.” Gerry Adams urged him to take time out to get his life back together after more than five years away.

“I came out divorced, a grandfather, no home. So I got myself a rented house and my youngest son came to live with me. I had started The Wrong Man in prison so, during that year I had off, I finished it and I became very much tempted by the fact that I was now middle-aged, the cessation was on and if I was going to become a writer I’d probably only get one opportunity to do it.

“I remember the day when Gerry contacted me and said ‘Right, let’s talk about what you’re going to do now’.” Danny winces as he remembers that moment. “I had a heavy heart. We were sitting on a sofa in the outside yard of Conway Mill and I said, I didn’t think I could go back full-time and I really wanted to write.

“I felt guilty because there were still people continuing on with the struggle and here’s Danny suddenly deciding he’s going to become a writer.

“And Gerry fully supported me, which I was very grateful for.”

Danny is also grateful for the advice of novelist and screenwriter Ronan Bennet (a Booker Prize nominee whose films and TV work includes The Hamburg Cell, Public Enemy and Top Boy) during long walks over Black Mountain. Dermot Healy, Tim O’Grady and former Irish Examiner Books Editor Tina Neylon have been influential in his development as a writer too, he insists on noting. 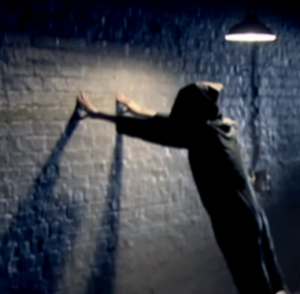 West Belfast is a tale of the nationalist community and how the political events between 1963 and 1973 affected its people. It centres on the O’Neill family, whose son John’s involvement in the IRA leads to his arrest on the day internment is introduced, 9 August 1971. It’s also a love story.

And West Belfast is a milestone on Danny’s journey as a writer. He freely acknowledges the first edition’s shortcomings and its “flowery language”. When his publisher encouraged him to republish to mark 25 years, Danny says: “I realised I could make it a lot leaner and increase the pace but it’s the same plot, the same characters, the same denouement but I feel the writing is much sharper.

“You have to understand that, back then, I didn’t know how to write a novel. It was written in the early hours of the morning, scribbled in the back of a car on any paper that was to hand, snatches of dialogue jotted down on an envelope when they came to me, all over a two-and-a-half-year period, in between the struggle on the streets, arrests, funerals, press conferences, elections.”

When it was first released West Belfast was “pretty much savaged” by critics, Danny recalls. “I think Fintan O’Toole in The Irish Times said the book was about ‘the sexuality of violence’ whereas I would argue there is a pacifist strain running through the book and one of regret, including in the sniper scene, which is often quoted, as well as the diaries of young Jimmy O’Neill who is observing the disagreements and arguments within a household where his older brother is in the IRA and their mother is worried sick about her son getting killed.

“West Belfast was a reflection, a distillation of many things I had observed. The realism in it comes from what I experienced or the eyewitness evidence of people who I’d interviewed from all walks of life. I witnessed the pogroms, the Falls Road Curfew, the introduction of internment, and the firing by the RUC of live rounds from Springfield Road Barracks at a protest in August 1969. The protest was aimed at keeping the RUC in Belfast instead of them going to Derry to relieve colleagues exhausted by ‘The Battle of the Bogside’.”

Amazon describes West Belfast as “significant for its honest portrayal of a conflict which has been written on extensively by outsiders but rarely by the people involved . . . This is perhaps the first time that a modern Irish republican has attempted to show in novel form what his community has gone through under British oppression.”

Danny’s launches include a Q&A where he takes questions because he thinks it’s very important for people (especially young people) to understand about the conflict, why and how it occurred “and, not least, how to avoid conflict”.

“There is an immense narrative about what the people came through, what the prisoners came through. My motivation in writing West Belfast was that I wanted to explain how a small community, isolated, under partition, had the boot on its neck and how it could be moved from campaigning for and supporting civil rights then, when their civil rights were denied, many moved into supporting an armed struggle which lasted ten times longer than the Tan War. It’s an incredible story.”