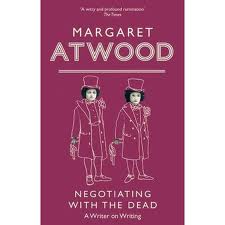 Finished ‘Negotiating With The Dead’ by Margaret Atwood on the role of the writer. It was just about okay. Book to follow up on – ‘Doctor Glas’ by Hjalmar Soderberg

14th February. Interview with Brian Rowan re Gerry Adams standing in Louth, published in Belfast Telegraph. Archival footage of me was shown in the BBC television documentary, ‘As Others See Us’, alongside a reflective interview with journalist Peter Taylor.

12th February. Finished ‘The Visible World’ by Mark Slouka, a novel based on the real life events surrounding the assassination in Prague in 1942 of Nazi leader Reinhard Heydrich. Thoroughly enjoyed it.

11th February. Finished work on the text and design for the hunger strike exhibition panels – 18 in total. Finished ‘Memed, My Hawk’ by Yashar Kemal, a great story of high adventure set amongst brigands in Anatolia who are both political and criminal. You don’t want to close the book the writing is so good, the story so thrilling.

Finished ‘Monsieur Pain’ by Roberto Bolaño. Very disappointing. Hopefully not representative of his other works, about which I have read rave reviews. Did interview with Pol McLernon about the origins of Radio Free Belfast (1969).

5th February. Finished ‘Rosshalde’ by Hermann Hesse: not great but was quite moving towards the end.