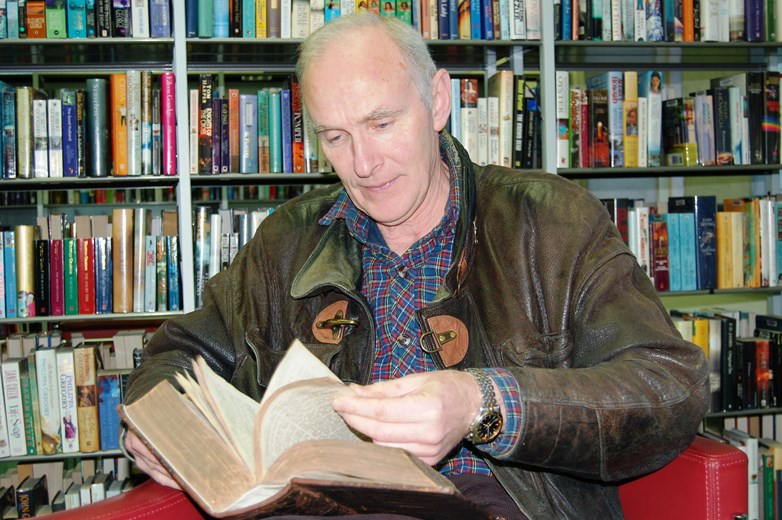 Every now and then you come across an Irish novel where the language and the storytelling are in such harmony as to reach the pitch of perfection. The writing is fluent and confident and you bond immediately with the story from the first page, entering into the adventure and times of another life.

Shane Connaughton’s new novel Married Quarters is just such a book, a delight to read and savour, transporting us back into the atmosphere of late 1950s socially conservative, patriarchal Ireland where people are expected to know their station and take orders from the alleged great and the good.

Much of the perspective is as seen over the course of a year through the eyes of 16-year-old Danny, home from college, and living in the married quarters of the barracks with his father, the unsentimental Sergeant who goes by the book; and his loving, house-proud mother and confidante to many of the villagers.

The dormitory of the barracks sleeps four guards, the rest lodge locally with a widow. 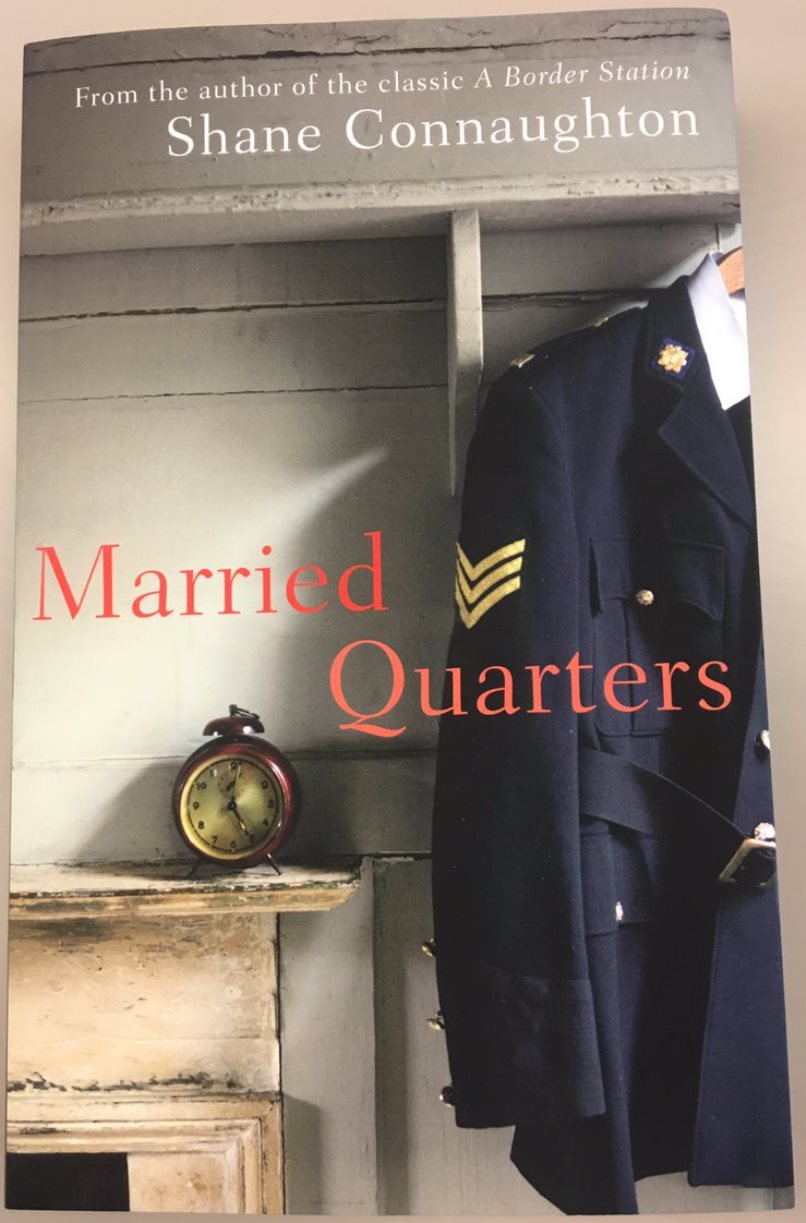 The novel – a continuation of the story begun in Border Station, published in 1991 – takes us up to the time of Danny’s father’s retirement, he having been in the force since 1925 and seasoned in all the corrupt political toing and froing which marred the decades.

The setting, the village of Butlershill on the border land of Cavan and Fermanagh is “a Spanish Main of opportunity and adventure”.

“A political border was as good as a gold mine. The only thing not worth smuggling, it was said, was dandruff. Everything else had a profit on one side or the other. The British-imposed Border guaranteed spite. A hatred bred in the bone. It stopped the free flow of relationships. It knotted souls, gnarled faces, twisted money. For a smuggler, twisted money was value plus.”

At nights Danny works in the village pub observing the motley male clientele, a microcosm of all the tensions bubbling without. No matter the scene – bar, barrack room, local shop, the creamery, parochial house – Connaughton’s descriptions ring with authenticity: the sights, sounds, musty smells of a former time almost palpable, almost as audible as the scratches of a needle across an old dusty 78 record.

The Garda station is close to the border. Its remaining open is partly justified by the desultory, ineffectual campaign of the IRA. However, of bigger threat to the Sergeant and his shambolic men is a bully of a Chief Superintendent, a Fianna Fáil appointee, who is still fighting the civil war by other means and whose cronyism can determine a career or an unfavourable transfer. The scene where the Bully puts the men through their catechism of the Garda Guide is hilarious yet fraught with nervousness for his victims. He tests the drink-sodden Mick O’Shea to name a ruminating animal and the only thing the halfwit can come up with is, ‘A dog, sir.’

Butlershill has marginally moved on from the squinting windows and judgemental gossip of Brinsley MacNamara’s Garradrimna, but prejudices, spite and small-mindedness, the love of scandal, residual superstition, still infect society, alongside decency, piety, duty and fair-mindedness.

Each of the seven garda, after whom a chapter is named, face their own personal problems from loneliness, dissatisfied lives, financial insecurity, alcoholism, hungry families, marital difficulties, or in the case of the concupiscent, woman-chasing but likeable braggart Josh O’Keefe, a trail of destruction based on his philosophy that ‘a filly can always tell a good stallion.’

While the life of retirement that Guard O’Shea longs for represents a golden opportunity to get away from this village, breed dogs and drink the day and night away, Danny sees it differently, in terms of an emotional wrench: “They would leave the village. The O’Sheas. All of them. They’d be missed in school, they’d be missed in the chapel on Sundays, they’d be missed playing on the village green. They’d leave a gap in the life of Butlershill that would never be filled. Eight of them and their parents.”

Danny overhears that Guard Ted Keegan is being accused of going out with ‘the Gaffney one’ (a respectable girl and solicitor’s secretary from Belturbet) and that he tried to “get the hand up”. Alone with Keegan he asks, “‘How do you do it? Like, how do you get the hand up?”’ Keegan tells him just to make sure he gets his hand on the ball at the forthcoming Sunday match. There, young women watched the game “to see the cream of the parish stripped for action. Candidates for marriage could be marked down.”

There is something immensely sad about this mating game. Every single woman – young and old – turn up at the match in the hope that “a new man in the parish could be their saviour.” And those “who couldn’t face the reality of a marriage like their mother’s eventually emigrated.”

As Danny’s history teacher had said in relation to emigration, “‘the relationship between Ireland and England was sadomasochistic. They had punished us for centuries, yet we couldn’t wait to go there.’”

Danny’s eyes can spot short skirts, the outline of nipples through blouses and was told by a school friend that women with a gap between their two front teeth “were sexy as a nanny-goat on a May morning.”

He is innocent and gauche, attached to his mother, struggling with his father’s authority, and infatuated with a married woman; in this case, Ned Fleming’s much younger wife, Apricot – clearly, a forbidden fruit.

“He knew when she came around the corner, carrying two babies, that he would never forget her. That moment. She was so much taller than her husband, so much younger, so beautiful, he couldn’t believe she was his wife.”

In another incident, in the priest’s house, outside the housekeeper Bessy Darcy’s room, before this big bosomed woman through whose skirt he can see the imprint of her suspender belt, words come out of Danny’s mouth unrestrained and unbidden: “‘Your lush lips don’t need lipstick,’” he says, only to be chastised and told, “‘You’re very impident, so you are. I’ll tell your mother.’”

But when first love does come, with a girl his own age for whom he has composed a poem, the scene where they tie the knot (so to speak) is both ghoulish and hilarious – and bittersweet because the girl’s vocation is to enter a convent. Yet, here she was, sitting outside Tully’s shop, “half sitting on her bicycle, waiting for him. Smoking. Striped tight trousers. A loose jumper. The snug ankle boots with the black buttons.”

If the book’s theme could be summed up in one word it would be the theme of ‘leaving’: the transience, insecurity of life, the passage from youth to adulthood, spatial dislocation and relocation.

It is an old story but told in such a distinctive Connaughton style as to exhilarate us, make us think, make us smile, make us impatient to know what happens next.