Just finished Gabriel Garcia Márquez’s strange and disappointing Memories of My Melancholy Whores, told in the first person, which is about a 90-year-old bachelor’s infatuation with an underage virgin and refers to the Spanish song La Delgadina, about a father’s incestuous desire for his daughter.

On the day of his 90th birthday the narrator goes into the newspaper offices he works for as a reviewer.

“The secretaries presented me with three pairs of silk undershorts printed with kisses, and a card in which they offered to remove them for me. It occurred to me that among the charms of old age are the provocations our young female friends permit themselves because they think we are out of commission.”

The narrator later concludes: “I became aware that the invincible power that has moved the world is unrequited, not happy, love.”

While I was in Toronto I also finished a great little first novel Ru by Kim Thúy, a semi-autobiographical quite intimate and lyrical novel, about a young Vietnamese woman whose wealthy family are impoverished after the collapse of South Vietnam, join the ‘boat people’, end up in a Malaysian refugee camp and eventually reach and settle in Quebec.

I also read Stefan Zweig’s novella Confusion and Burning Secret & Other Short Stories which were wonderful, especially The Invisible Collection (about a deceived blind man which reminded me of the final scene in the film Smoke) and Buchmandel (about an old bibliophile whose life is destroyed by fascist police). 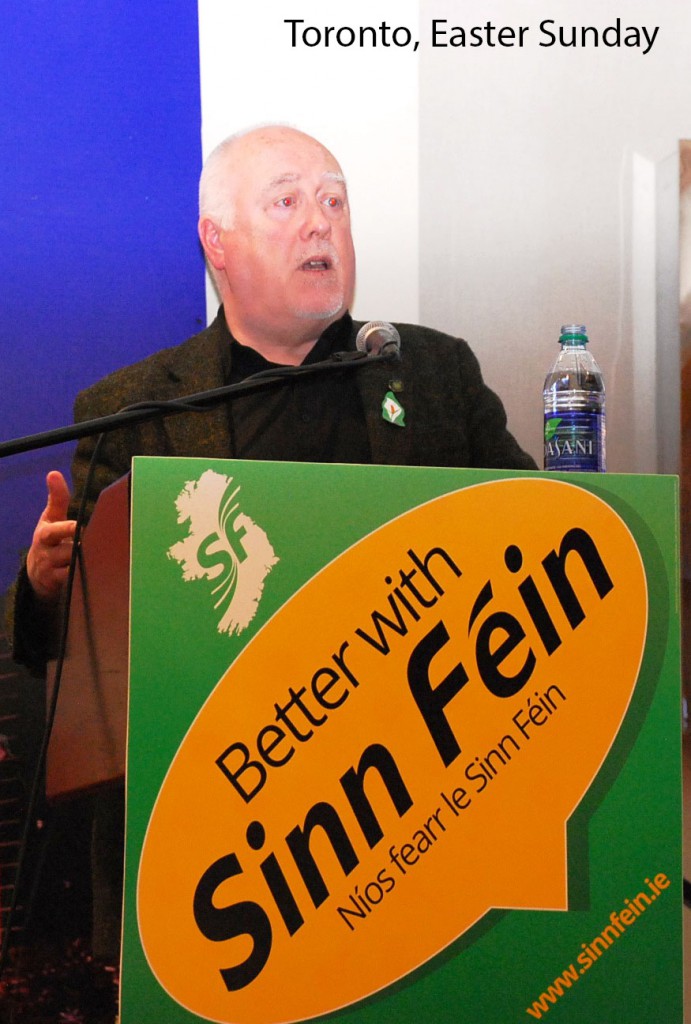 Every time I go to Toronto I visit a second-hand book store on Yonge Street, owned by an old Serbian whom when I first met him showed me multiple scars from bullet wounds in his leg which he received during the civil war and break-up of Yugoslavia. Diplomatically, the discussion stopped there. However, this time I couldn’t find his place so went into the ABC bookshop which also has a brilliant collection of literature. The manager there told me that the other shop had closed down sometime after 2011 and he thought it was now a Burrito bar. I bought Gertrude by Hermann Hesse; The History of the Siege of Lisbon by José Saramago; the Márquez novella; and Confessions of Felix Krull, a hilarious novel by Thomas Mann which I first read in 1989, I think.

1st April. Took part in studio discussion on Talkback with William Crawley and Alex Kane on Alex’s Belfast Telegraph feature that unionists need to examine their past re the UVF in 1912 and need to concede that for fifty years nationalists were treated as second-class citizens.

27th March. Was guest speaker at Friends of Sinn Féin breakfast in the Sheraton Hotel, Toronto.

13th March. Took part in the Toronto St Patrick’s Day Parade as one of the guests of parade chair, Alan Louth.

3rd March. Took part in a public discussion in the Market House, Ballynahinch, with Phillip Orr, historian, author and playwright, on the subject, ‘What The 1916 Proclamation Means To Me’.

28th February. Interviewed by Seamus McKee on ‘The Sunday News’, BBC Radio Ulster, along with commentator Alex Kane, about the general election results in the South of Ireland.

27th February. Gave a talk in the Short Strand Community Centre on the history of Irish hunger striking.

25th February. Read from West Belfast in Central Library, Galway, as part of the Over The Edge festival, along with John Valters Paintner and Scotty Ishmael, chaired by Susan Millar DuMars.

Did Nolan Live on television, again with Nelson McCausland, on the Bobby Sands’ graphic novel. Really hot and heavy. McCausland did himself no favours by smirking.

15th February & 22nd February. Interviewed by Fearghal Enright on the history of Féile an Phobail.

Interviewed on Radio Ulster’s Evening Extra re Arlene Foster’s comments about the difficulty of working with Martin McGuinness who gave the oration at Seamus McElwaine’s funeral in 1987.

1st February/2nd February. Went to QFT to see the screen adaptation of David Park’s novel The Truth Commissioner, then reviewed it for Tuesday’ Good Morning Ulster, Radio Ulster. It was a very uneven production and don’t thinked it tapped into the anger and emotional power of the novel.