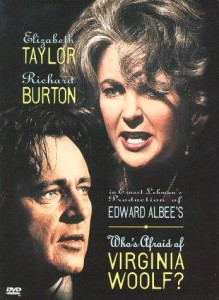 Finished ‘The Shape of Water’ by Andrea Camilleri from which the series currently running on BBC4 on Saturday nights has been adapted, ‘Inspector Montalbano’. This is the ‘First Inspector Montalbano Mystery’. It is full of little quotes which enrich the work. For example, apropos a good man who is found dead in his car from a heart attack, with his trousers around his ankles, in a place frequented by prostitutes, a bishop quotes Pirandello to a commissioner: “He quotes Six Characters in Search of an Author, the line where the father says that one cannot be held forever to a less-than-honorable act, after a life of great integrity, just because of one moment of weakness.”

23rd March. Did BBC Good Morning Ulster interview regarding Owen Patterson, the Secretary of State’s statement in the USA that we are now moving “beyond the politics of the peace process.”

Bought ‘Herman Hesse – A Pictorial Biography’ in Oxfam Shop in Castle Street for £2.90.

16th March. In Falls Library I introduced a Féile an Earraigh event about the Life and Times of Wee Joe Devlin by Sean McMahon

15th March. Interviewed by Nicky Campbell, BBC Radio 2, about a statement from Martin McGuinness indicating the he would be prepared to meet the British queen in this the year of her diamond jubilee.

In Berry Street Presbyterian Church I introduced a Féile an Earraigh event about the centenary of the Ulster Covenant.

10th March. Two brand new books I had ordered arrived: ‘A Small Circus’ by Hans Fallada and a Fallada biography by Jenny Williams, ‘More Lives Than One’.

7th March. Finished ‘The Lost Honour of Katharina Blum’ about how tabloid journalism and their flunkeys in the police set out to destroy an innocent young woman. I was reminded of that stinking paper, the News of the World and the way it exploits people’s lives and destroys their happiness. Totally unprincipled and hiding behind the argument of public interest.

5th March. I called into the Is Dead Handy shop on the Glen Road and for £5 got Benvenuto Cellini’s autobiography, ‘Who’s Afraid of Virginia Woolf?’ by Edward Albee, ‘Smashing Times – A History of the Irish Women’s Suffrage Movement’ by Rosemary Cullen Owens and ‘Memoir’ by John McGahern. Once again, I buy books at a greater rate than I can possibly read them! Finished ‘The Music of Chance’ by Paul Auster: a strange but intriguing book.

3rd March. Bought a copy of ‘The Lost Honour of Katharina Blum’ by Heinrich Böll for £1 in The Bookstore in North Street. A great wee shop.