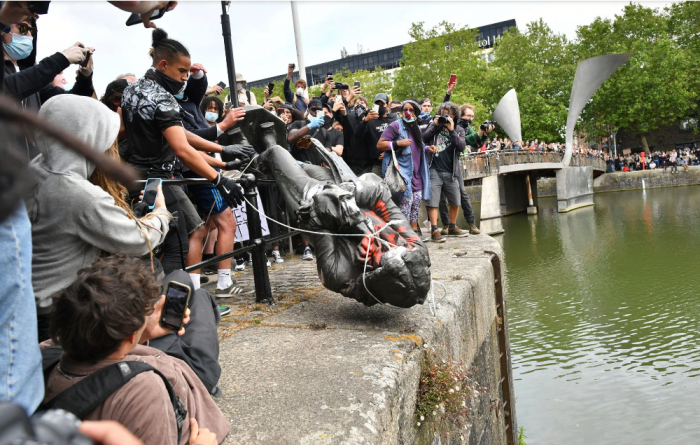 With the continuing protests over the death of George Floyd spilling into other protests, especially in Britain, with campaigns to remove statues and other monuments honouring slave-owners and imperialist figures, here is a feature I wrote twenty years ago on the theme of imperial domination and indoctrination on the streets of Belfast and how ridiculous is the British monarchy. It has aged a bit in some of the political references but not in its essentials.  It was called ‘Queen Rudolph the Red Nosed Reindeer’.

According to the BBC the people of Iraq are being brainwashed. No matter where they turn in Baghdad there are reminders of President Saddam Hussein on every street corner; there are Saddam Avenues and Crescents, Hussein Parks and Drives.

A new board game, folks. Tiddlywinks, played on a map of Belfast. Four can play. North, South, East and West. Each of you have to get your four tiddlies into Royal Avenue without being brainwashed. You can’t use the Queen Elizabeth Bridge, the Queen’s Bridge, the Albert Bridge, the King’s Bridge, Victoria Street, Prince’s Street, Queen Street, King Street, Albert Street, the grounds of the Royal Victoria Hospital, a helicopter from the Kings Hall, Lower Windsor Avenue, the fields behind the Royal Academy. Nor can you be disguised as a prostitute from the Albert Clock, a student from Queen’s, a worker with Royal Mail, a violinist with the Royal School of Music, a Queen’s Counsel, a member of the Royal Ulster Constabulary, a screw of Her Majesty’s Prison Service, a soldier with Her Majesty’s armed forces, a Crown Court judge. Nor by boat up Victoria Channel to Albert Quay, Victoria Wharf or Alexandra Jetty. You must use the Queen’s English on the Queen’s Highway or else you’ll be in breach of the Queen’s Peace. 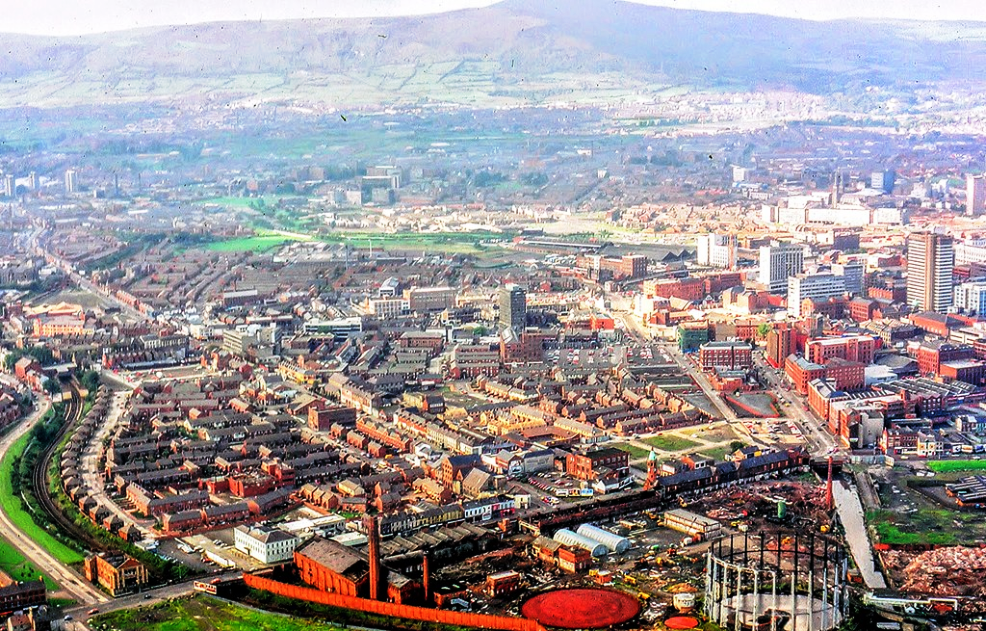 Not easy, is it. She’s on the stamps as well. On bank notes and on coins. I know they’ve messed us about for eight hundred years, but you have to feel sorry for the poor, brainwashed, anal-retentive English who give all their parks and castles to a German family, not to mention £7.9 million a year for them to go yachting and skiing. According to opinion polls a majority in Britain is in favour of keeping the monarchy. And then they talk about Paddy Irishman!

This is what happened last week. (Any plagiarism is from The Guardian.) A baroque gold coach, with twenty coats of paint, drawn by six white horses containing a queen dressed in a costume that would earn a good laugh in a pantomime, accompanied by a man who finished his naval career as a lieutenant, dressed like a Christmas tree, in the costume of an admiral of the fleet, makes its way to the Houses of Parliament. All traffic stops. The BBC goes live. David Dimbleby comes on air and whispers obsequiously. The queen’s protection is supervised by the Commissioner of Police who, under a spiked helmet, rides about Whitehall on a borrowed horse. 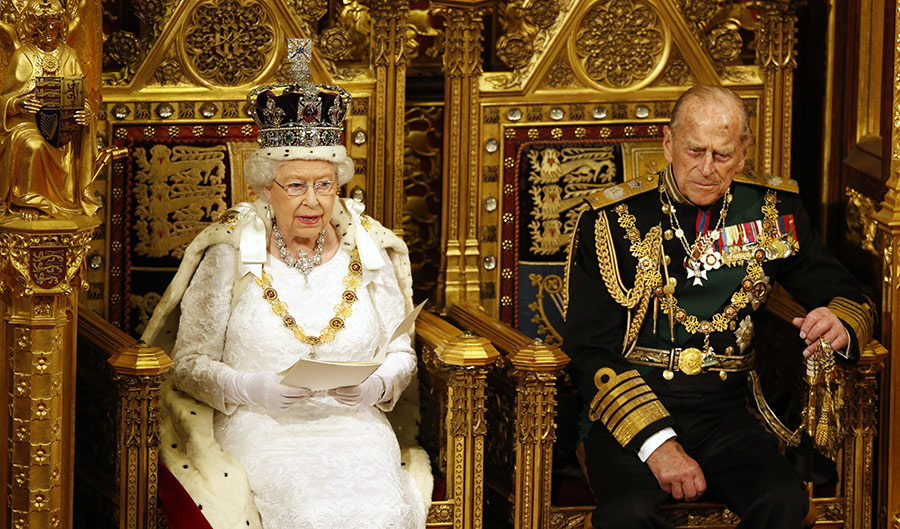 She is then escorted through the Royal Gallery of the House of Lords before bishops and judges, by men dressed as playing cards, two of whom walk backwards. Among her heralds and royal household members are the Garter King of Arms, the Keeper of Her Majesty’s Privy Purse of Oculist Pursuivant (who carries her spectacles on the Silken Mat of Maintenance), the Master of the Rolls, the Cap of Maintenance, Gold Stick in Waiting, and Fitzalan Pursuivant Extraordinary. Are you wetting yourself yet?

She sits on the Throne wearing a large tea cosy on her head weighing two pounds. (This crown is usually kept in Westminster Abbey but when it is worn by the queen for her speech an ‘In use’ label is put in the display case, in case the half-wits think it has been stolen.) She then sends her messenger, Black Rod, to the House of Commons where the door is slammed in his face. He bangs on the door with his staff of office and this scares the life out of the MPs who all file like schoolchildren to the House of Lords to stand (the lords and bishops sit) while they listen to ‘the Queen’s speech’, while Tony Blair grins (because he’s the real author). They’ve certainly got the mumbo-jumbo so all that’s missing is the beheading of the chicken, smearing its blood on their faces and sticking the feathers in their ears.

To think that the likes of David Trimble and Billy Hutchinson believe that that is what makes them British is scary. Would they not have a titter-of-wit? The Act of Settlement (1701) lays down that in order to qualify as head of state you must be a Protestant descendant of Princess Sophia (the electress of Hanover and granddaughter of James I), a Protestant in communion with the Church of England, not marry a Roman Catholic, not be adopted and have parents who were married at the time you were conceived. (So that’s where the Orange Order got the idea!) Male heirs – Womens Coalition members of the British tradition, please note – take precedence over daughters in the right of succession.

So not only is the institution which makes Britain British sectarian, it is also sexist. Furthermore, the Treason Felony Act of 1848 threatens that anyone ‘imagining or publishing’ anything which might lead to the Queen’s downfall should be deported for life.

But at last there is a chink of light. Last Wednesday The Guardian newspaper announced that it was backing a legal challenge to the Act of Succession on the grounds that it clashes with the Human Rights Act, adopted by Britain several months ago. Specifically, the paper argues, the Act institutionalises religious discrimination (against Catholics, Jews, Muslims, Hindus) and male primogeniture. The paper is also campaigning for a referendum on the future of the monarchy and advocates Britain becoming a republic with an elected Head of State. At last! They cannot beat us so they have decided to join us!

Until then, what to do? Féile an Phobail friend, the comedian Jeremy Hardy suggests that the best thing to do is to patiently and respectfully wait for the queen’s demise and then “hollow her out and put batteries in. Then we should discuss how to divide the money.” The notorious Roman emperor, the mad Caligula, once made his horse a senator, complete with golden stall and senatorial robes. Inspired by this, I propose Rudolf the red nosed reindeer for Queen of England! 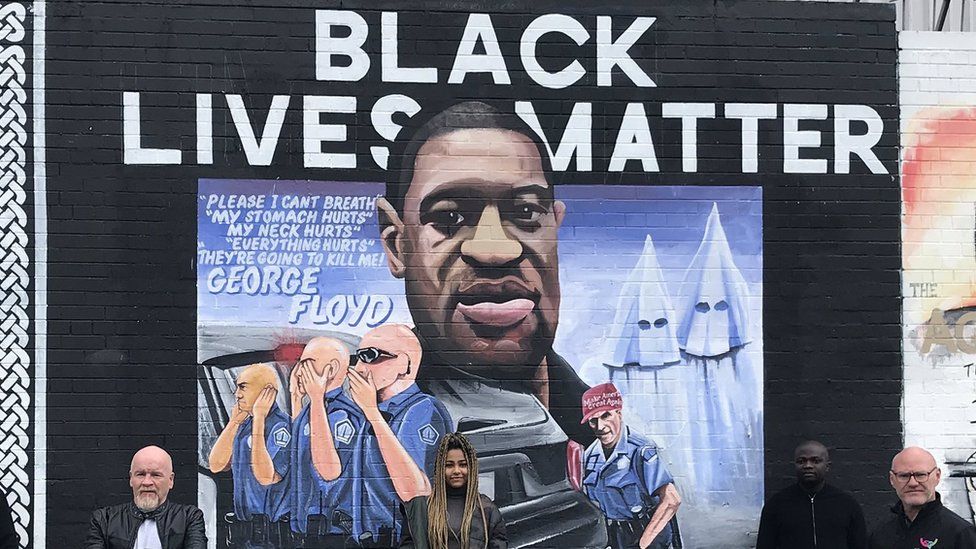