“No Smoke Without Fire”? Yeh 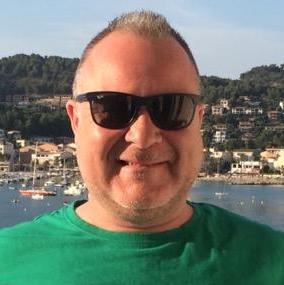 Glenn Bradley is a former British soldier and member of the BHP who now works in various projects about peace and reconciliation. He is also a member of Veterans For Peace UK, a voluntary ex-services organisation of men and women who have served in every war that Britain has fought since WWII.

The following is an interesting story about the arrest of one man. No. Not Bobby Storey, although there is a parallel, but of Glenn himself by the PSNI!

No Smoke without Fire? Yeh, Mike!

When I watched Mike Nesbitt, the leader of the Ulster Unionist Party (of which I used to be a Party Officer) say on television “no smoke without fire” I cringed. Here’s why:

Most will know I am a member of the board of Interaction, an organic inter-community project on the west Belfast “peace-line” dedicated to peace and reconciliation through the process of engagement and outreach.

During June-July 2014 we where asked to host a Q&A session for visiting US and Canadian Political Students visiting Ireland, and so I was selected as part of a panel with other peace architects that included Pat Sheehan former republican Prisoner; John Howcroft former loyalist prisoner and Deirdre Hargey of Sinn Féin to participate. The venue was in Farset on the Springfield Road and in the run up to the event, John, Pat and I, had occasion to communicate by phone and media. In these exchanges the normal banter and humour, based on our shared experience as former combatants, naturally played out.

The event passed of brilliantly and was a positive demonstration of diverse people coming together amicably, discussing our past, our aspirations and our hopes for an evolving society here free from sectarianism & bigotry where all live in conditions of freedom, security and equity.

Over a month after the event in Aug 2014, John was arrested in connection with a shooting incident that had happened during a feud in North Belfast.

Fast forward 6 months to one day during January 2015 when I was attending the funeral of my old electoral running mate in the UUP, Dennie Robinson (Dennis was the son of Buck Alec and like myself was a former soldier who in his day was a member of our brilliant local boxing fraternity in West and North Belfast). My phone kept ringing with an unknown number and because it was ‘unknown’ and the reality I was at a funeral I rejected the call placing the phone on ‘do not disturb’.

Due to professional work commitments I’d to return to the day job after the funeral, and of course put my phone back to normal when I saw there where 6 missed calls from the ‘unknown’ number.

Suddenly my phone rang again and I answered to a chagrined male voice purporting to be a Detective asking me why I hadn’t answered my phone to earlier calls and why was I not at home.

Incredulous and suspicious I challenged the caller that he could be anyone for all I knew, and for him to calmly state what he wanted. The caller again stated he was a Police Officer from Tennant Street PSNI at my home and suggested that it might be better for me to return home so they could explain face to face. I told the caller I was at work and would be there as soon as possible.

Suspicious about the bone fides of the caller I asked a member of staff to accompany me to my house.

As I turned into my street you can imagine my surprise when I saw 14 armed & uniformed police officers (yes, I counted them) staking out my home, and scanning the area for violent intent (in the leafy suburbs of east Belfast).

I parked up and approached the senior officer, a uniformed Inspector explaining who I was. He stated that the detectives had left before my arrival to go to my place of work, and fetch me back to my house. He communicated for them to return.

The inspector explained they where a search team and took me through the procedures (and paperwork) to consent for a house search with regards to looking for firearms and munitions. Laughing at the stupidity of such a suggestion (given my military background) I consented because I’d nothing to hide.

Then two young Detectives arrived, and to my further incredulity formally arrested me for the attempted murder of a North Belfast man who’d been a former loyalist paramilitary.

As this was happening, a uniformed officer came out of my downstairs toilet (which is like a mini museum to my personal past). Looking on me he asked, “Are you a former soldier?”

Call me stupid but I would assume that before police would take a search and arrest warrant to a lay magistrate for signing off, that someone, somewhere, would have looked into who they where about to arrest so I declared, “Yep, and briefly a Peeler also”. 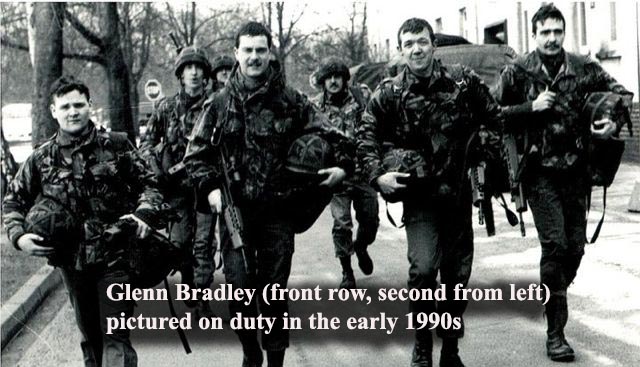 Next the Inspector returned and said: “I understand you’ve alleged you’re a former soldier and policeman?”

Pointing at my medals I stated, “Not alleged. I’m a former soldier and my police documents will be in that cabinet there.”

“Do you have guns in this house or outbuildings?”

“No, but I’ve raised two wee lads, there’ll be toy guns lying around somewhere still. My youngest keeps a model kit SA80 in his room but real guns, no.”

I was then led out, with neighbours watching on and whisked away to Musgrave Street by the detectives. En-route I was asked who my solicitor was and gave his name. Within minutes I was feeling embarrassed because he could not deal with criminal matters – how was I to know! Only time I’d ever need of a solicitor in my life was buying a house or signing my passport photos. Thinking on the spot I advised the only other solicitor I knew and trusted Padraig Ó Muirigh whose practice is on the Springfield Road (great Brief by the way – highly recommend!).

On arrival at Musgrave Street, I was additionally arrested for a different named man who was also a former loyalist paramilitary, so now I was ‘inside’ for two attempted murders. I just laughed at the monumental stupidity of it all.

I was processed – a degrading experience for any punter. I was glad of my army experience on which I was digging deep. It’s quite weird being told you can’t take your shoes into your cell in case you attempt suicide: ‘love life, I do’, thought I at the time.

Padraig arrived and we met.

It became apparent that the basis of the house search and my unlawful arrest was based on a wholly innocent and humorous text message to John Howcroft back in July 2014.

I was interviewed and within one hour of that interview was conditionally released. However, the police withheld my phone (which incidentally was not the original phone I had seven months previously, which was verified during interview).

I returned home to enquiring neighbours (some authentic and some just plain nosy); a dishevelled house and a distraught wife. It was heavily embarrassing.

Like most businessmen my phone is my lifeline to the world, and losing it created untold inconvenience. As police continued to deny me the phone it resulted in financial loss as customers unable to reach me went else where for their trade.

After three weeks of holding a phone unrelated to the alleged incident the phone was officially returned, and I was quietly released unconditionally. No fanfare of police officers apologising, no polite, “listen, we were barking up the wrong tree”.

I’d an arrest record for two attempted murders and being a man who travels globally for business that does impact on you because some countries will not issue a visa (as I’ve learned).

Now, someone, somewhere seemed satisfied that a text message written, received and which was an obviously humorous exchange was sufficient evidence to warrant a search & arrest operation due to a suspicion about an unrelated incident over a month after the actual humorous texts where sent.

Someone, somewhere believed that I posed such a risk that the only proportionate procedure open to them was a search and arrest operation involving at least 25 police officers (that I am aware off).

We’d an old saying in the Army: “Tactics are like arseholes: everyone has their own”.

It is my opinion that the PSNI where totally unreasonable in their approach and that the action against me was disproportionate. A more judicious and impartial procedure to the illogical and unfounded suspicion of me would have been to check who I was then simply request I attend a station, to confirm the actual circumstances of the text message about which they were concerned.

Lay magistrate’s are meant to be the gatekeepers to overzealous Police Officers and again I question what the LM, who signed my warrant, was informed about me that deemed a search & arrest operation the only method to eradicate police suspicion.

Unable to afford an unlawful arrest court case against the PSNI, I complained to the Ombudsman. Their initial investigation (by a former RUC man) suggested police procedure was correct and proportionate so I sit here today, a wholly innocent man, looked upon by neighbours, employers and no doubt the likes of Mike Nesbitt as “…. No smoke without fire….” and yet, what happened was simply disproportionate, a waste of police resources and damaging to my good character & integrity.

Sometimes, there are pillions of smoke without fire but the question is: by who and why are they created?