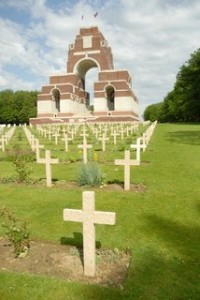 Tuesday, 18th November, took part in RTE panel discussion [recorded in the Linenhall Library], ‘Legacy of the Great War’ with Philip Orr, Chris McGimpsey and Edna Longley, chaired by Myles Dungan. The programme was broadcast on RTE Radio 1 on Thursday, 20th November and is available on podcast at http://www.rte.ie/radio1/ourwar/1235353.html

Outside the building the city centre was packed as Mayor Tom Hartley officiated at the official switching on of the Christmas tree lights at the City Hall and the noise of the concert could be heard in the Linenhall Library though I think the engineers managed to minimise it in the recording.

Chris McGimpsey argued that a way should be found to allow people from whatever point of view – unionist or nationalist – to jointly commemorate the dead of [particularly] World War I. I said that I agreed with the sentiment but that ‘we’ couldn’t even find away of jointly commemorating the dead of our most recent conflict.

Did interview with Matthew Nyero, a PHD student at Queen’s, researching the ‘British administration of Northern Ireland under Margaret Thatcher’.

Did interview via Skype with American student Sarah Smith, doing her senior thesis on ‘the success and failures of the Good Friday Agreement’.

Interviewed by UTV for a television documentary to be broadcast in January 2009 about the history of poteen in Ireland [and how we made it in jail!].

Attended Basque night in Roddy McCorley’s club and read ‘I Would Like’ by Yevgeny Yevtushenko:

in the streets of the world.

I don’t want to bow down

or play at being

why not in the Mississippi?

In my damned beloved universe

to be a lonely weed,

but not a delicate Narcissus

kissing his own mug

any of God’s creatures

right down to the last mangy hyena–

but never a tyrant

or even the cat of a tyrant.

reincarnated as a man

a victim of prison tortures,

a homeless child in the slums of Hong Kong,

a living skeleton in Bangladesh,

a holy beggar in Tibet,

a black in Cape Town,

in the image of Rambo.

The only people whom I hate

under the knives of all the surgeons in the world,

suffer all kinds of diseases,

be a victim of war,

or a sweeper of cigarette butts,

just so a filthy microbe of superiority

I would not like to be in the elite,

in the cowardly herd,

nor be a guard dog of that herd,

sheltered by that herd.

but not at the expense of the unhappy,

but not at the expense of the unfree.

all the women in the world,

and I would like to be a woman, too–

Men have been diminished

Why couldn’t we give motherhood

If an innocent child

not be so cruel.

a cup of rice

for a Vietnamese woman in mourning,

in a Neapolitan workers’ trattoria,

or a tiny tube of cheese

in orbit round the moon.

Let them eat me,

let them drink me,

only let my death

be of some use.

shock all history so much

that it would be amazed

what a smart aleck I was.

to Pushkin in a troika.

the space of a moment

so that in the same moment

I could drink vodka with fishermen in Siberia

and sit together with Homer,

–dance to the tom-toms in the Congo,

–chase a ball with Brazilian boys

and do all kinds of work at once.

I would make sure

that one Yevtushenko was merely a poet,

I couldn’t say where

the third–a student at Berkeley,

maybe a teacher of Eskimo children in Alaska,

would still be shaking a rattle in his stroller,

For me it’s not enough to be myself,

let me be everyone!

usually has a double,

but God was stingy

with the carbon paper,

and in his Paradise Publishing Corporation

made a unique copy of me.

But I shall muddle up

I shall confound God!

I shall be in a thousand copies to the end of my days,

so that the earth buzzes with me,

in the world census of me.

I would like to fight on all your barricades,

and resurrecting each morning

with an immortal soft spot–fontanel–

And when I die,

do not lay me in the earth

but in our Russian, Siberian earth,

on a still-green hill,

where I first felt