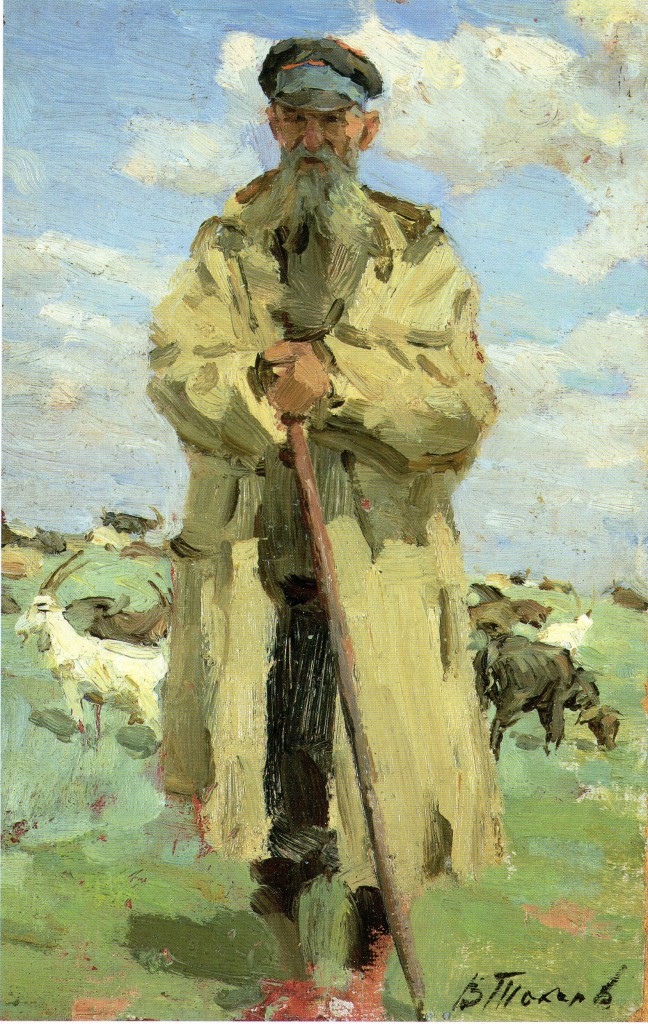 Last Saturday I met Olga Mamonova Baker an art collector and exhibitor of 20th century Russian paintings who manages the East Hill Gallery in London. She had been going to Armagh later that afternoon for some political events but caught an earlier flight in order to be at the book launch of Lethal Allies  by Anne Cadwallader in Belfast.

Anyway, Olga gave me as a present a copy of her wonderful book, 20th Century Russian Art – An Intimate World of Impressionist Painting, from which I have chosen two that particularly took my fancy (had to say that, rather than two that impressed me!). The one on my Home Page is In the Ballet School by Andrei Miroshnichenko; and the one on this page is Old Shepherd by Vladimir Tokarev, 1950s. The book can be got here.