Paramilitarism and the State 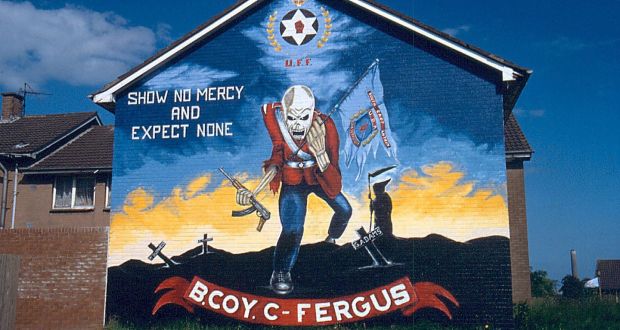 My review of Paramilitarism – Mass Violence in the Shadow of the State by Uğur Ümit Üngör was published in the Irish Examiner, 21 November.

ONE night RUC Detective ‘Jonty’ Brown stopped a furniture lorry containing five men and a youth. Inside, a revolver and a semi-automatic pistol were discovered. He arrested the six UVF suspects, and a seventh, their self-confessed leader Richard Moffet, and had them brought to Newtownabbey RUC barracks to be processed and kept separate for questioning.

When he himself returns to the barracks the first thing Jonty sees is the UVF leader swanning out the door. Next, he discovers that two senior detectives have brought the prisoners into a room where, against procedures, they can confer with each other (to concoct alibis). The UVF men laugh at Jonty as the detectives scream at him to get out of the room.

Later, Jonty is called into the parade room where one of the senior detectives jumps him and brutally assaults him while his sidekick keeps watch on the corridor.

The detective shouts at him about the loyalist paramilitaries: “Decent men and you  have ruined their Christmas.”

“I’ll see you’re shot,” he’s told. “Take yourself down to Bawnmore and stop Fenian cars there.” Jonty was left sore and bloodied. These were CID men. Jonty had already made enemies within the Special Branch for trying to be a fair and conscientious police officer. He had been accused of being a ‘Proddie basher’.

The young Protestant in the lorry is set up for possession of the weapons, the loyalists go free and later the detective who assaulted Jonty tells him, “I’ve given the UVF your new address in Monkstown. It’s only a matter of time… Boom!”

Upon advice, he keeps quiet and rises through the ranks. Years later he finds himself investigating the killing of Pat Finucane, the human rights lawyer. When one of Jonty’s informers, Ken Barrett, is recorded on tape confessing that he and another loyalist had killed Finucane Jonty has had enough and decides to act. However, he is forced to hand over the tape which Special Branch then destroys. “We weren’t allowed to [bring arrests or charges]. Every obstruction they [the Special Branch] could think of, they moved heaven and earth to stop that.”

That cover-up which began over thirty years ago continues. The British state, in my opinion, will never carry out a profound, official investigation because the paper trail would inevitably lead to 10 Downing Street and show that the dirty war was licensed by those around the cabinet table. It is also why Britain will not release its files on the Dublin/Monaghan bombings which killed thirty four innocents. Were we to know the truth it would throw into disarray the established orthodoxies and perceptions about the conflict in the North. And that is something that secretly many political leaders in the Republic hardly relish either. 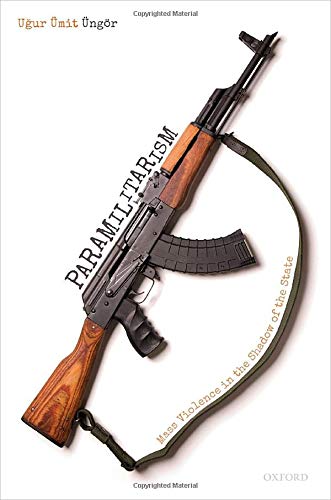 Paramilitarism – Mass Violence in the Shadow of the State by the respected academic Uğur Ümit Üngör, Professor of Holocaust and Genocide Studies at the University of Amsterdam, and formerly of UCD, is a study of the global phenomenon of armed, largely pro-state groups, their antecedents in history, and how states use pre-existing groups or create them in order to outsource their violence.

Üngör consults and marshals arguments from voluminous international sources, condensed down into two hundred pages. He defines his working definition of paramilitarism “as a system in which a state has relationships with irregular armed organisations that carry out violence… they emerged to defend and preserve the political status quo,” to suppress threats to the status quo using violence in an ad hoc way. Ideally, their “paramilitary violence is not accountable or traceable up a chain of command.”

Other academics (Kay Warren) describe paramilitarism as “death squads composed of former members of the army and police, which operate with impunity and benefit from direct or indirect logistical institutional support of the state.”

Recently, RTE came under pressure for broadcasting the Unquiet Graves documentary about the Glenanne Gang, whose members included serving members of the RUC and British Army, and who killed over one hundred and twenty innocent civilians. Despite the documentary revealing the scale of collusion some politicians and commentators were more concerned with deflecting from, and undermining, the content by querying the funding of the filmmaker. 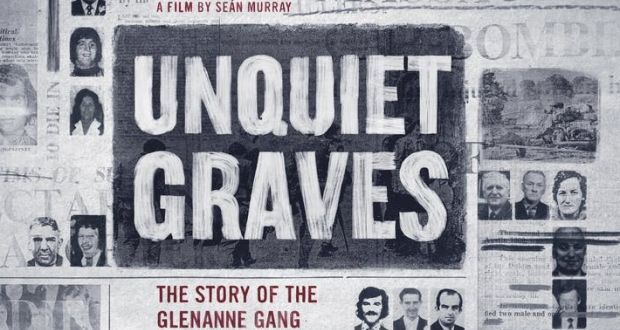 The prevailing and false narrative that kept successive Irish governments complacent and from truly acting on behalf of the besieged nationalist community in the North was that the conflict was mainly IRA generated. However, since the IRA called an end to its armed struggle the past conflict has been more dispassionately explored and RTE’s documentary was attacked because that false narrative is being upended. That collusion took place is now incontestable as, indeed, David Cameron admitted, that RUC officers proposed to loyalist paramilitaries that Finucane be killed, gave the information to his killers (who were all state informers), failed to stop the attack and then obstructed the murder investigation.

There was no collusion, some claim, or it was not of the magnitude alleged, because otherwise hundreds of republicans would have been ‘taken out’ and, furthermore, over the years loyalists were arrested and prosecuted and imprisoned.  Üngör argues that governments need to be able to rely on plausible deniability. He quotes another academic Paul Staniland who says: “the state is no monolith: whereas one arm of the government can suppress certain militias, another can expand resources to covertly or overtly support militias. Technical operations are often run by different agencies, institutions, and levels of the state.”

Thus, police officers like Jonty Brown acting conscientiously might achieve occasional successes – which were then used as proof that collusion was a figment.

Lord Stevens, who carried out three investigations into collusion (and – surprise, surprise – was only allowed to publish seventeen of its three thousand page report), stated that out of 210 paramilitary suspects whom he questioned, only three weren’t paid agents or informants for one state agency or another.

Former British soldier Brian Nelson was sent into the top ranks of the UDA to organise intelligence files which were being surreptitiously supplied to him by his handlers and by individual loyalists from colluding police and soldiers. In one case, after Alex Maskey (currently speaker of the Stormont Assembly) was spotted going into the Gregory Hotel, Nelson phoned British Army HQ in Lisburn and they ran a check on the car number plate and confirmed that it was Maskey’s. A loyalist assassination squad was then despatched to the hotel from which minutes earlier Maskey and his wife had fortunately just departed.

Although loyalists were given solid information on republicans they found it easier and more visceral to kill accessible innocent Catholics. The state subcontracting violence “can never be one hundred per cent certain what the outcome will be and how to control the consequences of their outsourcing,” says Üngör. The other loyalist claim that their violence was solely in response to the IRA campaign was patently false: loyalist assassinations intensified during IRA ceasefires; and the Dublin/Monaghan bombings were conceived as a means of bringing down the Sunningdale power-sharing executive. The loyalist bombing campaign in the late 1960s (for which the IRA was initially blamed) predates the beginning of the IRA’s armed struggle and was aimed at destabilising the government of Terence O’Neill whom loyalists like Ian Paisley feared was going redress civil rights grievances.

For whistleblowing Jonty Brown was hounded out of the RUC and harassed (and later arrested). He said: “I was shunned and one Special Branch man made a sinister threat to have guns planted in my home.” He said: “I am not fearing the UVF, UDA, IRA or INLA, I am fearing state-inspired people who would if it suited them…use them to kill you.”

His book was titled, appropriately, Into The Dark.