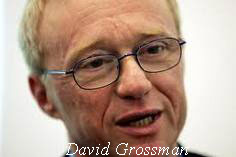 Finished ‘The Paris Review Interviews Vol. IV’. Have to say that throughout the entire series I found the interviews with novelists and short story writers much more compelling than those with poets but I suppose that is understandable. Nor was I impressed by the late Jack Kerouac who comes across as a right pain in the ass. But a very revealing and important, almost confessional, statement is made by the Israeli writer David Grossman. And as soon as I read it, I knew what he meant about one’s writing process: “If I know the end, the book will not surprise me, and more than that, it won’t betray me. This is important: the book should betray me, in the sense that it should take me to places I am afraid to go.”

William Styron quotes: The business of the progression of time seems to me one of the most difficult problems a novelist has to cope with.

On character or story: I still believe in the value of a handsome style. I appreciate the sensibility that can produce a nice turn of phrase, like Scott Fitzgerald. But I’m not interested any more in turning out something shimmering and impressionistic – Southern, if you will – full of word-pictures, damn Dixie baby talk, and that sort of thing. I guess I just get more and more interested in people. And story.

Writers who are gay he calls, ‘the fairy axis’!

On what should be the purpose of a young writer – should he be engaged, “not concerned as much with the story aspects of the novel as with the problems of the contemporary world?” It seems to me that only a great satirist can tackle the world’s problems and articulate them. Most writers write simply out of some strong interior need, and that, I think, is the answer. A great writer, writing out of this need, will give substance to, and perhaps even explain, all the problems of the world without even knowing it, until a scholar comes along one hundred years after he’s dead and digs up some symbols. The purpose of a young writer is to write, and he shouldn’t drink too much. He shouldn’t think that after he’s written one book he’s God Almighty and air all his immature opinions in pompous interviews. Let’s have another cognac and to up to Le Chapelain. (From Issue 8, 1955)

Jack Kerouac quotes: I’m pro-American and the radical political involvements seem to tend elsewhere… The country gave my Canadian family a good break, more or less, and we see no reason to demean said country. (From Issue 43, 1968)

E.B White interviewed is asked about the writer’s commitment to politics and answers: A writer should concern himself with whatever absorbs his fancy, stirs his heart, and unlimbers his typewriter. I feel no obligations to deal with politics. I do feel a responsibility to society because of going into print – a writer has the duty to be good, not lousy; true, not false; lively, not dull; accurate, not full of error. He should tend to lift people up, not lower them down. Writers do not merely reflect and interpret life, the inform and shape life. (From Issue 48, 1969)

John Ashbery [poet] on whether one can write without mood: It’s important to try to write when you are in the wrong mood or when the weather is wrong. Even if you don’t succeed you’ll be developing a muscle that may do it late on. And I think writing does get easier as you get older. It’s a question of practice and also of realizing that you don’t have the oceans of time to waste that you had when you were young. (From Issue 90, 1983)

Philip Roth: on whether novels change anything: Writing novels is not the road to power. I don’t believe that, in my society, novels effect serious changes in anyone other than the handful of people who are writers, whose own novels are of course seriously affected by other novelists’ novels. I can’t see anything like that  happening to the ordinary reader, nor would I expect it…

Novels provide readers with something to read. At their best writers change the way readers read. That seems to me the only realistic expectation…

Stephen Sondheim on the importance of creating character in songs: Arthur Pinero said about playwriting: Tell them what you’re going to do, then do it, then tell them you’ve done it. (From Issue 142, 1997)

V.S. Naipaul – strikes me as a repulsive person and ill-mannered interviewee.

Paul Auster: on ‘jumping around in the story’ – Every book begins with the first sentence and then I push on until I’ve reached the last. Always in sequence, a paragraph at a time. I have a sense of the trajectory of the story – and often have the last sentence as well as the first before I begin – but everything keeps changing as I go along. No book I’ve published has ever turned out as I thought it would. (From Issue 167, 2003)

Orhan Pamuk: on misleading one’s sources – The local anchorman [in Kars] put me on TV and said, Our famous author is writing an article for the national newspaper – that was a very important thing. Municipal elections were coming up so the people of Kars opened their doors to me. They all wanted to say something to the national newspaper, to let the government know how poor they were. They did not know I was going to put them in a novel. They thought I was going to put them in an article. I must confess, this was cynical and cruel of me. Though I was actually thinking of writing an article about it too.

Reaction to the book – In Turkey, both conservatives – or political Islamists – and secularists were upset… The reaction of the people of Kars was also divided. Some said, Yes, that is how it is. Others, usually Turkish nationalists, were nervous about my mentions of Armenians.

For whom are you writing – I believe less and less in eternity for authors. We are reading very few of the books written two hundred years ago. Things are changing so fast that today’s books will probably be forgotten in a hundred years. Very few will be read. In two hundred years, perhaps five books written today will be alive. Am I sure I’m writing one of those five? But is that the meaning of writing? Why should I be worrying about being read two hundred years later? Shouldn’t I be worried about living more? Do I need the consolation that I will be read in the future? I think of all these things and I continue to write. I don’t know why. But I never give up. This belief that your books will have an effect in the future is the only consolation you have to get pleasure in this life.

On his detachment as a writer – Although I was raised in a crowded family and taught to cherish the community, I later acquired an impulse to break away. There is a self-destructive side to me, and in bouts of fury and moments of anger I do things that cut me off from the pleasant company of the community. Early in life I realized that the community kills my imagination. I need the pain of loneliness to make my imagination work. And then I’m happy. But being a Turk, after a while I need the consoling tenderness of the community, which I may have destroyed. Istanbul destroyed my relationship with my mother – we don’t see each other anymore. And of course I hardly ever see my brother. My relationship with the Turkish public, because of my recent comments, is also difficult… Literature is made of good and bad, demons and angels, and more and more they [the public?] are only worried about my demons. (From Issue 175, 2005)

David Grossman: In answer to: do you always begin with a character – Miracles can happen in the writing process. More often than in life, unfortunately. Sometimes I start a novel and I think it’s the beginning, but it’s the middle of the book. One thing is clear – I never write the conclusion of a book until I am very close to the end.

Why? – If I know the end, the book will not surprise me, and more than that, it won’t betray me. This is important: the book should betray me, in the sense that it should take me to places I am afraid to go.

Do you have any strategies you employ when you get stuck?-  Sometimes I write a letter to my protagonist, as if he were a real human being. I ask, What’s the difficulty? Why can’t you make it? What is preventing me from understanding you?

You have said, “When writing fiction, it is of the utmost importance to be meticulous with facts.” To what extent do you conduct research for your novels? – If I am going to write about a man joining a shoal of salmon, as in ‘See Under: Love”, I have to start my making the reality of the salmon very concrete and credible. So I joined divers, I became a salmon… When I wrote ‘The Zigzag Kid’, I joined a detective squad of the Jerusalem police for six months, spending almost every night with them… In my new novel, I’m writing about a five-hundred-kilometer journey through Israel. People walk in a zigzagging path from the very north of the country to Jerusalem. So I went to the very north, to Galilee, and walked down here to my home. It took forty-five days.

Marilynne Robinson on death: When I do think about death, the idea that life will be going on without me makes me melancholy. There’s so much to miss: history and architecture! But it won’t miss me.