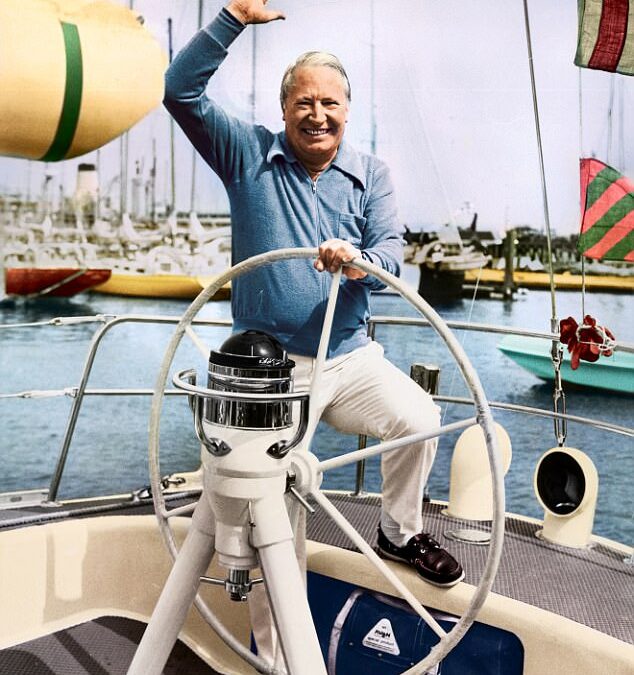 I stood in front of the gates to his long driveway. The £5m house, inside a two-acre walled garden, was huge for a one-parent family (with no family), but I smirked with satisfaction at the fact that the council had forgotten to take down the sign.* 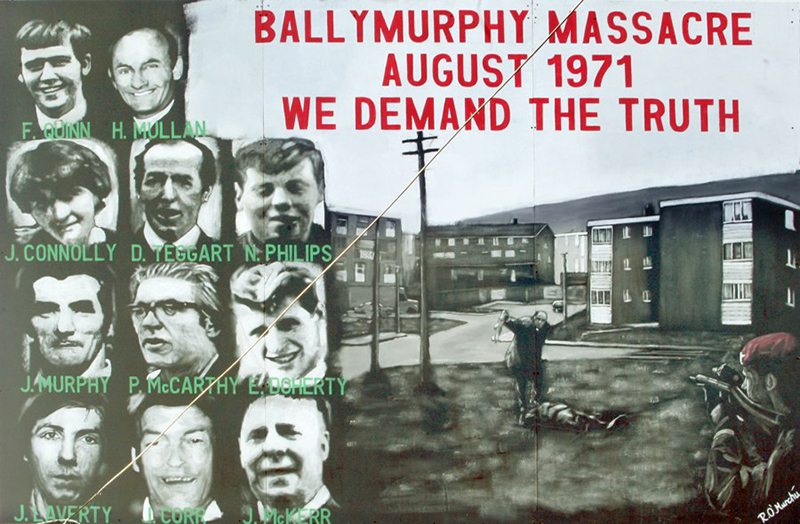 Those innocent civilians were murdered by British paratroopers in Ballymurphy during the introduction of internment. As Paras kicked in doors, wrecked homes, made arrests, began shooting those who were in their way, the weather forecast was the most important thing that morning, Monday, 9th August, 1971.

Yes, it is what preoccupied the mind of the skipper of Morning Cloud, Prime Minister Ted Heath, as the English team made the exciting return journey from Fastnet Lighthouse to Plymouth, in the prestigious six hundred mile yacht race.

It was a glorious finish.

There were cheers from the crowds of onlookers as the skipper steered the British Admiral’s Cup team to victory at the helm of his 42-foot yacht – the cumulative length of at least seven of the coffins of the Ballymurphy victims whose funerals were just beginning.

And yet a few weeks after Bloody Sunday two old drunken sailors sat in 10 Downing Street, downing whiskey into the early hours, clinking glasses and singing their hearts out. Gerry even played his harmonica and sang ‘Danny Boy’ (the ‘Derry Air’). There was no talk of the Falls Curfew, the Ballymurphy Massacre or Bloody Sunday. 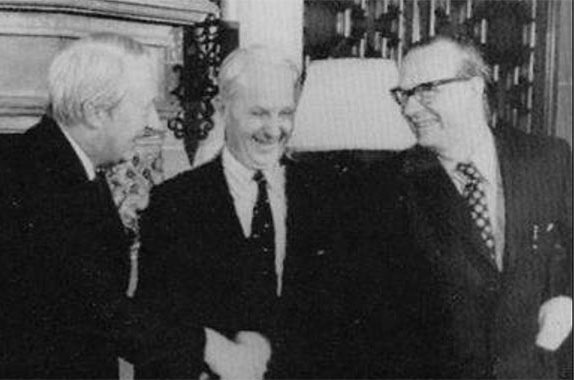 Heath (L], Brian Faulkner (who introduced internment, and Fitt [R}, at Sunngindale, a year after the Ballymurphy Massacre

A few weeks ago I was in the Salisbury neighbourhood for the wedding of my niece. And now I stood in front of the gates of Ted Heath’s long driveway and smirked with satisfaction. 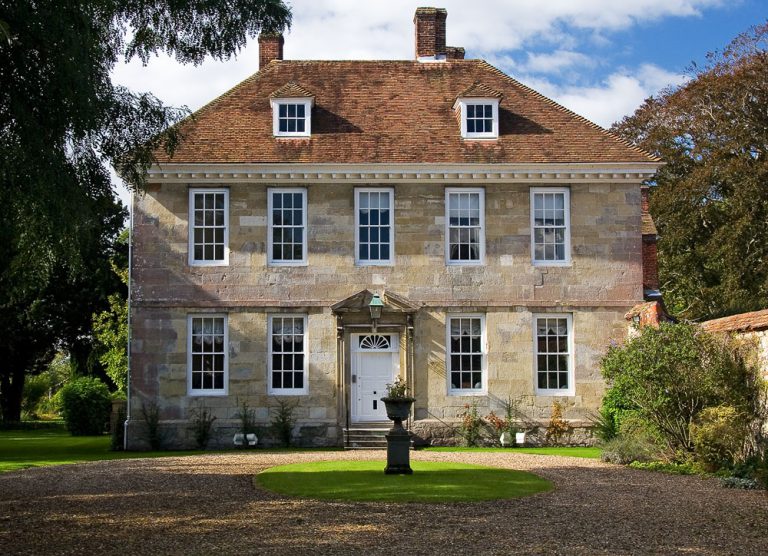 The large queues of fans snaking around Cathedral Close had never materialised. It hadn’t enough visitors, wasn’t viable, had to be closed and was to be put up for sale. But they had forgotten to take the sign down, asking for £8 per visitor on any Monday, Tuesday, Wednesday or Saturday afternoon!

“Looking jubilant as he stepped on to dry land, Mr Heath told waiting reporters, ‘I am absolutely delighted we won. It has been a team effort throughout.’