Pigeons On The Grass 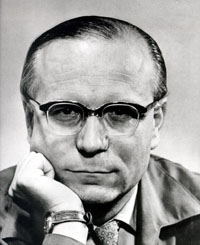 ‘Pigeons on the Grass’ is Wolfgang Koeppen’s 1951 novel about Germany emerging from the chaos of WWII and is probably set in Munich in 1948 during one twenty-four hour period of the American-occupation, and includes among its host of characters two US GIs, a writer and a celebrated author. Koeppen was scathing of the German people’s failure to confront their recent past.

In his introduction to the book David Ward appears to contradict himself about Koeppen on the role or the responsibility of the writer in and towards society. Ward says, ‘He did not share the conservative, inner-emigration view that granted the writer a privileged status. In his speech accepting the 1962 George Büchner Prize, the Federal Republic’s most prestigious literary award, Koeppen discussed the sense of intense moral commitment he had always associated with the writing vocation: “I saw the writer among society’s outsiders, I saw him as a sufferer, as a sympathizer,… The writer is committed to oppose authority, power, the constraints of the majority, the mass, the great numbers, to oppose convention grown rigid and rotten; he belongs to the persecuted, the expelled…”’

In the wake of defeat and death few can find any purchase or meaning: “The official world was still striving to think in hollow phrases, in slogans long since devoid of any conceptual basis. They saw fixed, immutable fronts, staked off plots of earth, boundaries, territories, sovereignties, they saw in man a member of a soccer team who was supposed to play his life long for the team that he had joined by birth. They were mistaken: the front was not here and not there and not only at the boundary stake over there. The front was omnipresent, whether visible or invisible, and life was constantly changing its position relative to the billion points of the front. The front cut through the countries, it divided families, it ran through the individual: two souls, yes, two souls dwelt within each breast, and sometimes the heart beat with the one and sometimes with the other soul.”

Here is a wonderful description of the coming of evening: “It was that moment, that hour of the evening, when cyclists whisk through the streets and defy death. It was the time when twilight falls, the time when shifts change, when shops close, the hour when workers return home, the hour when night workers swarm into place. The police sirens shrieked. The squad cars rushed through the traffic. The blue lights lent their racing a ghostly glow: danger-boding St. Elmo’s fire of the city. Phillip loved this hour. In Paris, it was the heure bleue, the hour of reverie, a span of relative freedom, the moment of being free from day and night. The people had been released from their workshops and businesses, and they were not yet captive to the demands of habit and obligations to the family. The world hung suspended. Everything appeared possible. For a while everything appeared possible.”

Finished ‘The Vagrants’ by Yiyun Li is probably the best novel I have read this year. It is about the effects the execution of a convicted counter-revolutionary, Gu Shan, has on her family, friends and neighbours in the weeks after death in 1979 and is based on a true story. In the telling of the story – indeed, there are many lateral stories running through the plot – we learn that the execution was expedited so that Shan’s kidneys could be transplanted to a party official. The writing is powerful and I look forward to reading more of Yiyun Li.