Am re-reading Chekhov, the greatest short story writer ever. Within two sentences you are there – be it the steppes of Russia or down below in a ship’s sick-bay as the ‘Wind plays in the rigging, the screw thuds, waves thrash, bunks creak.’

One of my favourite stories is ‘Gusev’, a discharged private soldier, dying of consumption, and who is returning home from service in the Far East. In this story is the character, the contumacious Paul Ivanovich who fears nothing and no one and who utters some of the most memorable lines in literature:

“You’re pariahs, you’re a pathetic lot, but me – that’s another matter. I live a conscious life, and I see everything as an eagle or hawk sees it, soaring above the earth. I understand it all. I am protest incarnate. If I see tyranny, I protest. If I see a canting hypocrite, I protest. If I see swine triumphant, I protest. I can’t be put down, no Spanish Inquisition can silence me. No sir. Cut out my tongue and I’ll protest in mime. Wall me up in a cellar and I’ll shout so loud, I’ll be heard a mile off. Or I’ll starve myself to death, and leave that extra weight on their black consciences. Kill me – my ghost will still haunt you. “You’re quite insufferable, Paul Ivonovich” – so say all who know me, and I glory in that reputation. I’ve served three years in the Far East, and I’ll be remembered there for a century. I’ve had rows with everyone. “Don’t come back,” my friends write from European Russia. So I damn well will come back and show them, indeed I will. That’s life, the way I see it – that’s what I call living.’

21st August.  Interviewed by Rory Cahill, an undergraduate history student at the University of Michigan who is doing his honours thesis on ‘the development of republican politics from the early 60s into the mid-70s with a focus on how different people understood their position under the Unionist state, within the context of Irish history and identity, and within a global context of anti-colonial resistance.’

14th August. Was interviewed by Terry Murphy, a Public and Political Communication student at Dublin City University whose thesis examines press coverage surrounding the removal of section 31 in January 1994.

6th August. Took part in studio debate on The Nolan Show (hosted by William Crawley) with Malachi O’Doherty who wrote a feature in the Belfast Telegraph about how protagonists in the conflict were trying to make everyone culpable for what happened (which I disputed). Regretted participating because the whole argument was like a throwback to twenty years ago.

9th August. Introduced Roy Greenslade at Falls Library who was giving a lecture on the Leveson Inquiry.

4th August. Introduced event at St Mary’s University College about the history of the Troops Out Movement.

3rd August. Did interview with TG4 on Mairead Farrell who was killed by the SAS in Gibraltar. The programme-makers are doing a biog on Mairead. Took part in panel discussion about the issues raised in the play, ‘Divided, Radical and Gorgeous’ by Niall Rea.

2nd August. Attended programme launch in art gallery on Newtownards Road for the first East Belfast Arts Festival. In Falls Library did reading from my new book, ‘Band On The Run’, on the opening day of Féile an Phobail.

1st August. Did Skype interview with Ross Taylor, an MA student who is examining the factors which led to a restructuring of the leadership of Sinn Féin and the emergence of that party as a political force late 70s/early 80s.

30th July. Did interview with Martin Mansergh on RTE’s Pat Kenny show on the effects of Section 31 of the Broadcasting Act as part of Fifty Years of RTE public broadcasting.

26th July. Interviewed by Andersonstown News about the forthcoming féile.

18th July. Interviewed by Joseph Brown, a PhD student at Columbia University in New York who is writing a political science dissertation on communication within conflict.

15th July. Read ‘Knulp’ again for about the tenth time!

9th July. At Féile AGM I was again elected chair.

29th June. Did Skype interview with Aaro Suonio from Finland, who spent thirtreen years in Belfast working for the Independent International Commission on Decommissioning.

28th June. Finished the design and proofing of Féile an Phobail’s summer programme.

22nd June. Interviewed on the Nolan Show [5-Live]; on the Pat Kenny Show [RTE]; Highland Radio on the Queen’s visit.

20th June. Interviewed by Peter Taylor for BBC’s ‘Newsnight’ on Martin McGuinness and the British Queen possibly shaking hands during her visit next week.

16th June. Finished ‘More Lives Than One – a biography of Hans Fallada’ by Jenny Williams.

15th June. Interviewed by Joseph McCabe from Dublin, a student at Queens whose MA dissertation is titled: Republicans and Policing; Empowering Communities or a Compromise of Principles.

6th June. At Queen’s addressed law students from Duquesne University in Pittsburgh, USA, about Irish history, the conflict and the peace process.

5th June. Interviewed by Kyle Inman, a Fulbright mtvU student studying Irish History and Music at Queen’s and who is working on a dissertation about music and the hunger strike. 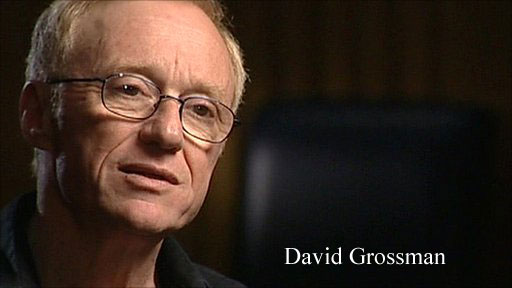 3rd June. Was panellist on Radio Ulster’s ‘Seven Days’ programme from noon to 1pm, talking about the southern economy, political U-turns, PSNI/Gardai raids on those involved in sex trafficking, the British Queen’s diamond jubilee and whether Martin McGuinness and she shake hands on her forthcoming visit to the North.

1st June. At the Lyric for a reading by Israeli writer, David Grossman, a very gentle man and a good speaker.